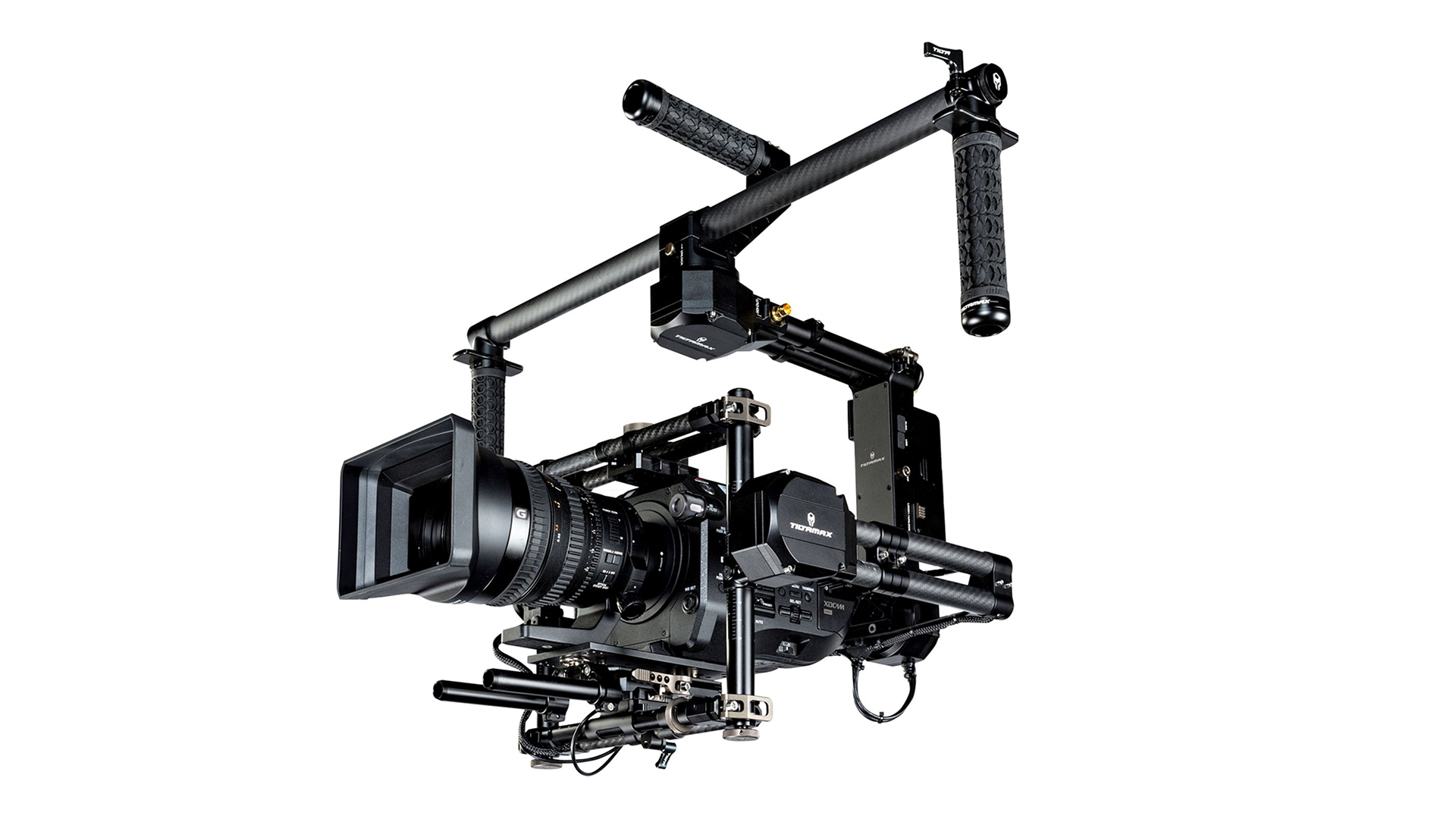 Technological history is full of devices that were designed to solve a problem, but were made irrelevant through new developments. Is the motorised gimbal one of them?

Remember the electronic word processor? It wasn't a computer as we know it, but it made an okay stop gap between manual typewriters and the accessibility of easier to use, and affordable home computers. Now everyone has a sophisticated GPS device in their pocket that negates the need in many (but not all) cases for expensive standalone devices, which in a lot of cases are much slower and cumbersome to use than any smartphone, even now.

Smartphones use very small sensors for their cameras. Not so very long ago most people would have thrown scorn on the idea that such small sensors could ever produce a picture that would even come close to a DSLR in quality and resolution. And yet now our phones produce pictures that are so good many of us are taking them with us instead of a dedicated camera for everyday photos. The digital compact camera market has been affected in a big way as a result. Some people have even made an art of using smartphones, taking photos that are so well shot and composed that you would never bother to question what they were taken on. The reason for this is not just better sensor tech, but also much better and more advanced processing made possible by increasingly fast and power efficient processors.

Go on a video shoot these days and quite often there are a lot of bags to carry. Cameras, tripods, all sorts of grip gear that bolts on to the side of cages etc. It's a long way away from the days of unpacking your tripod and lifting you camera out of its bag and being ready to shoot right away. The use of large chip cameras has made shooting in a lot of cases a chore. But there is one other device that seems de rigueur for shooters today, adds lot of bulk and faff, and yet more batteries to charge. The motorised gimbal.

They are heavy and tiring to use, even when it comes to DSLR specced devices. Even more so than single handed physics based systems like the Glidecam iGlide II. And although motorised gimbals have opened up the world of stable moving video to people who would otherwise have needed to spend years learning how to use a Steadicam, they are not a perfect solution.

Steadicams can be big and heavy. But they are supported through the body, and the resultant motion is organic, and in fact, with proper form, much less tiring to use than a motorised gimbal. If you are less experienced then a Steadicam does need more planning for shots, but as sports events show, a Steadicam can still function well in spontaneous environments.

But a Steadicam is a very specialist device, and needs dedication. There will never be the same sort of numbers of arm-based Steadicams sold as motorised gimbal simply because the latter screams comparative low cost and convenience - even if this isn't always the case in reality.

As such the gimbal is under threat from a fickle market that will always gravitate towards the easiest to use and convenient system. And this could well be the gimbal's downfall.

Electronic stabilisation, or EIS as it is sometimes known, used to be a dirty word. It used to be that if a camera had EIS it would be cheap compared to those that featured the holy grail of optical stabilisation. This is because electronic stabilisation always has to crop the picture. On older cameras with low resolution chips this was a big problem and could result in noticeable degradation. Aside from loss of resolution a lot of older EIS systems still showed the motion blur from vibration, resulting in some absolutely awful results in some cases.

Move on to today though, and cameras now feature both optical stabilisation and EIS to provide for some incredibly stable footage. Using EIS isn't such a problem now that we have much, much higher resolution sensors and footage output. But mainstream camcorders and mirrorless cameras, despite including such technology, rarely give gimbal or Steadicam like results. You can still tell the footage was handheld.

But this could start to change very, very rapidly. Last year's GoPro Hero 7 release showed off a new type of EIS, which the company call "Hypersmooth". And it made a lot of people rethink what EIS was capable of. The reason why the Hero 7 is able to carry off such an amazing feat is all down to processing technology, and the speeds that can now be achieved, even in tiny devices. Without fast processing, Hypersmooth would not be possible. The DJI Osmo Action also features a similar system, using gyros and motion analysis to calculate how to smooth out the footage. And the rub is that these systems now do give gimbal quality results with no added accessories required. And any loss of picture quality is barely perceptible.

In the case of GoPro the Hypersmooth system, and whatever it follows it with in this years camera, has made the Karma gimbal redundant.

This has some quite wide ranging implications. For drones it means that a gimbal will not be necessary, making the aircraft much simpler and lighter, resulting in longer flight times. Although the ability to rotate the camera will still be required, the motors will not be constantly active, stabilising the camera, thus saving power.

For everyday cameras and camcorders the implications are obvious. Rock steady footage without the need for an extra bulky device. The big question is not whether the big name camera makers start to put systems as capable as that into their products, but when. And when they do, that bulky gimbal may well be made completely redundant.