Scheduled television is on its last legs, but the future is still not certain 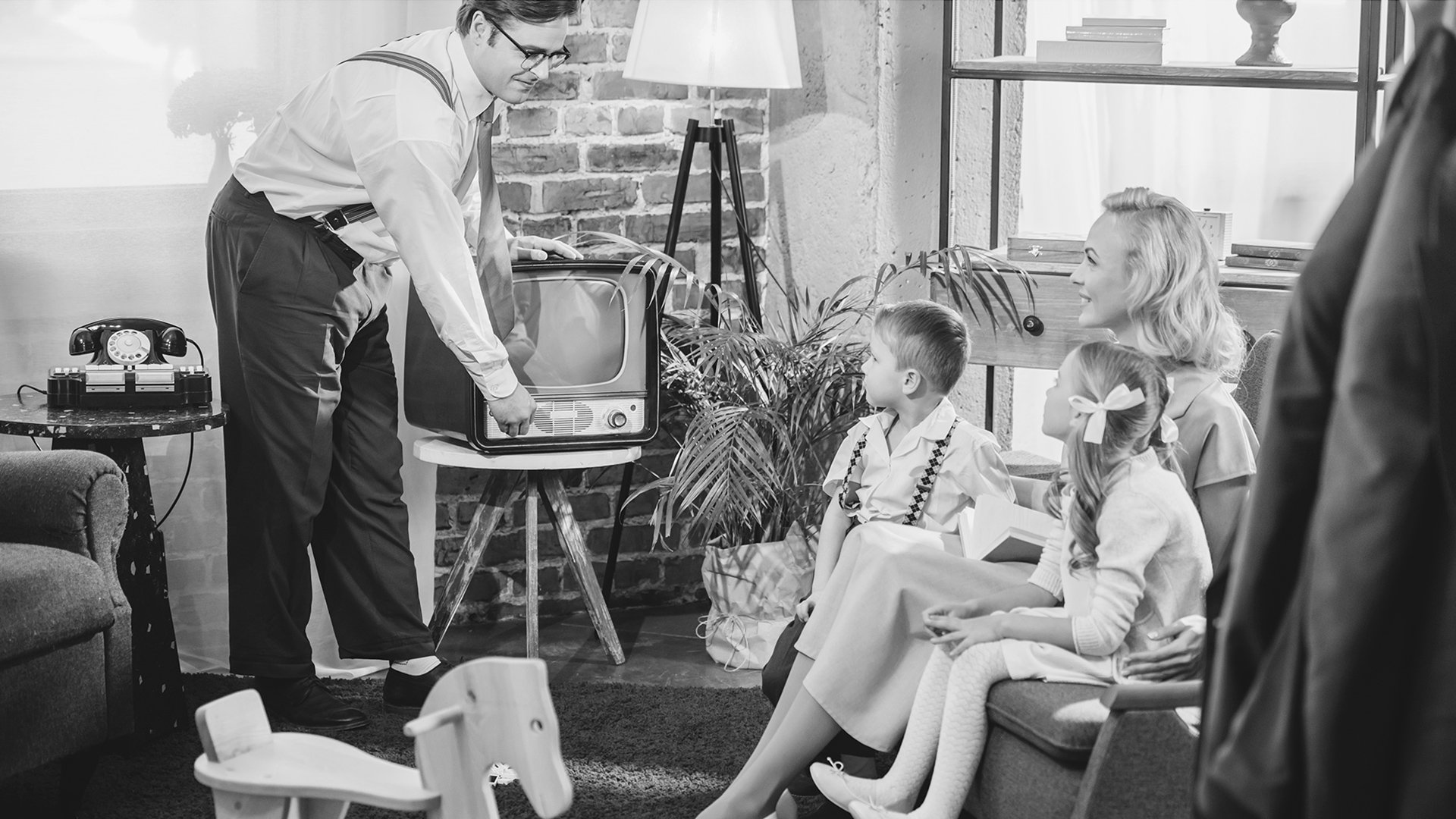 The new world of online on-demand broadcasting could mean the end of traditional broadcasters. Armed with just an Apple TV, can you get your television fix with just a few apps and skip live to air broadcast altogether, right now?

I’m not a huge television watcher, although my partner does like to watch the occasional trashy programme as a guilty pleasure. But I do like watching documentaries and films. Recently I moved house, and amazingly there was no television aerial or any sat dish at the property. But we are lucky to live in an area that allows fast internet. So what were we to do? The obvious thing would be to have a dish or an aerial installed, but I decided against doing this because I wanted to try an experiment. Could we live without traditional television and use an Apple TV instead?

For our overseas readers, in the UK we need a license to watch television. In reality it is a legally enforced license to watch the BBC. All devices that can receive a television signal can therefore automatically receive the BBC. So even if you claim to never watch any of its channels you still have to pay the license fee. This now extends to devices with the BBC’s iPlayer app installed too.

Fair enough. If you watch BBC programmes, you should expect to pay, just as you pay for Netflix etc. And so we do have a full television license even though we intend to watch everything online.

But I needed a bit more than just iPlayer. My first port of call was Amazon Prime. I have a Prime subscription, so I can watch Amazon Originals. I also subscribed to Netflix. So far, so expensive.

Unfortunately the Apple TV does not have an ITV Player or Channel 4, apart from the news app, so the other main two UK broadcasters are not directly available to me other than on iPhone apps. New to the list is YouTube Premium. I love the Cobra Kai series, so I had to at least try it out. 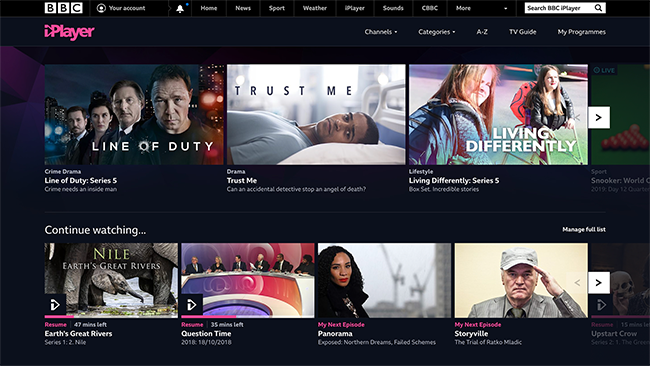 What have I missed?

So far I have not missed live television at all. In fact it hasn’t disappeared entirely because I can use the iPlayer app to watch the BBC channels live if I want to.

Notably the picture quality over a fast internet connection is superior to the over the air one. Particularly when it comes to the likes of Netflix and Amazon. Where once the BBC was held up as the gate keeper of broadcast standards, I think we can safely say that those days are over. Rivals now happily stream 4K HDR at a time when traditional broadcasters have only just got their SDR HD broadcasts in order. The BBC still hasn’t got regional news coverage organised in HD, and it is doubtful it ever will due to the bandwidth availability.

But there’s something that became much more apparent to me. It is much more convenient to watch things when I want to. That much is obvious. We have been doing a type of streaming for years. We could set timers to record a programme on VHS when it was on, and then watch it at our leisure. True, if a programme was transmitted later than scheduled it would mess things up, but the writing has been on the wall for linear broadcast television for a while. We just haven’t had the technology to do it well until now. 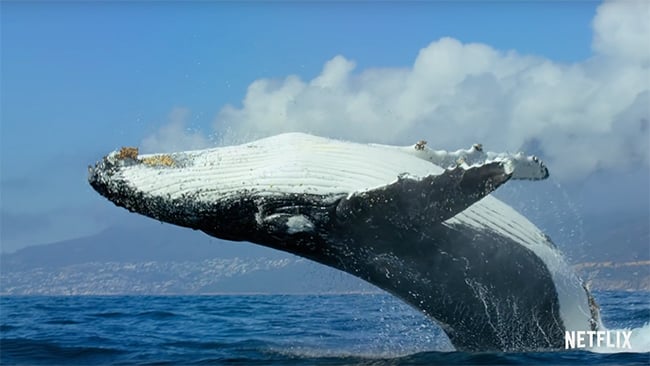 Our Planet, a case of out BBC'ing the BBC? - Netflix

On-demand is a must

On demand television is now a must. There are so many channels with so many programmes on simultaneously that those who have an addiction cannot possibly watch or record all of them, even with multi-channel recorders.

If you have a Virgin cable subscription your programming is on-demand by default. Your new smart television will also come preinstalled with on-demand apps.

The trouble is that while all of the different services offer very worthy programming, paying for all those services is an expense that could  get out of control. And then the question has to be asked whether they really are value for money?

My primary viewing on Amazon Prime is The Grand Tour, although Hannah looks tempting. Netflix I primarily use for Star Trek: Discovery, although I have also enjoyed series such as the utterly superb Our Planet, which is surely giving BBC bosses some headaches, both in its scope and its reach. But is it worth the cost for only a handful of programmes?

On the other hand I haven’t felt at all like I have missed out on ‘traditional’ television at all. 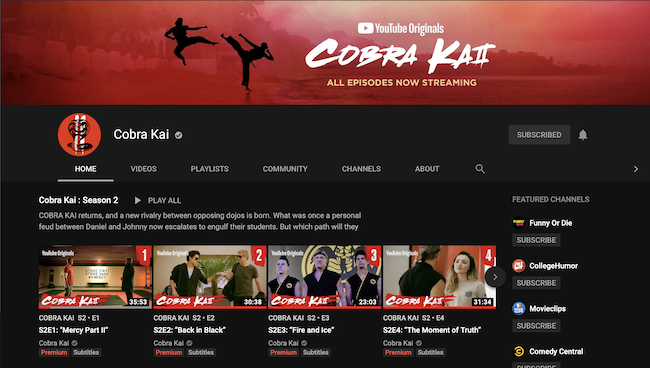 The end of traditional broadcasters?

It is going to be pretty much impossible for mainstream UK broadcasters like the BBC, ITV, and Channel 4 to move to 4K HDR without an entirely new distribution paradigm. For the BBC this is going to cause issues when it comes to funding. It would be forced to move to a subscription model since you can’t force everyone who owns a computer to pay a license fee ‘just in case’ they download the iPlayer app.

The BBC has tightened up on who can watch iPlayer, but once the internet becomes the dominant force in broadcasting it will have to change tact. So while this sort of broadcast model offers more competition, it could get very expensive for viewers very quickly, and the market may become unsustainable.

For now I am happy to watch programmes as I have been during my experiment. My partner sometimes grumbles at the lack of trashy programmes to watch, but in reality she hasn't missed them that much. However it is clear that broadcasting as a whole is on the very brink of an earth shattering shakeup. It might take a good few years yet, but it is coming, and it will be very noticeable to those of us in the UK who have grown up with the BBC as part of the furniture.