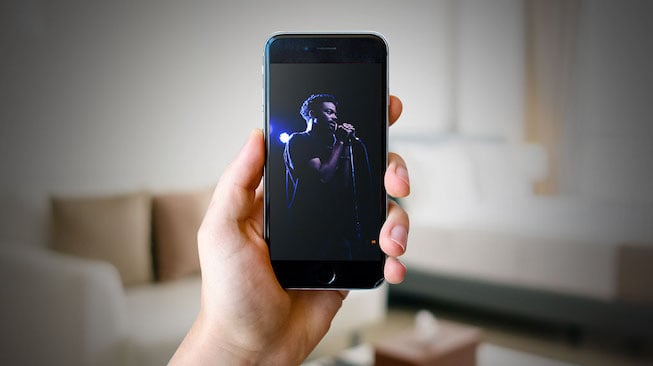 As Brian Olson, VP of Product Management at NewTek admits, the Vizrt purchase of the company was probably the biggest news of the whole show at NAB 2019. But there was a lot more to its offering than just that.

We have of course, covered the Vizrt acquisition of NewTek extensively here, and we’ve also talked about the latest version of its IP-protocol, NDI 4 as well. But, as the company’s VP of Product Management ,Brian Olson, says, it’s a company that serves a broad range of customers from kids in the classroom all the way to Tier One broadcasters, so there’s a lot behind the headlines.

One of the things NewTek was particularly highlighting at NAB was v2 of Premium Access for its Tricaster users.

We’re forming with the two companies the largest company in the broadcast space dedicated to IP-based workflows, software-driven production and the transition to IP; serving a broad range of customers. LiveStory Creator, for example, is automation at its simplified best, and lets users run entire shows from scripts in Word or Google docs.

“As it goes through, it’s not only giving teleprompter copy to the talent, it’s triggering supers, transitions, rolling all the clips…it’s fully automated production for everyone,” says Olson.

“It’s not just rotating the video to make a horizontal wipe a vertical wipe, as if you do that all your supers are sideways and so on. We change the entire aspect of the production so that everything you do in 16 x 9, you can do in 9 x 16, square video, or anything. There are so many screens now outside of television where video is going, and our products now fully support that.