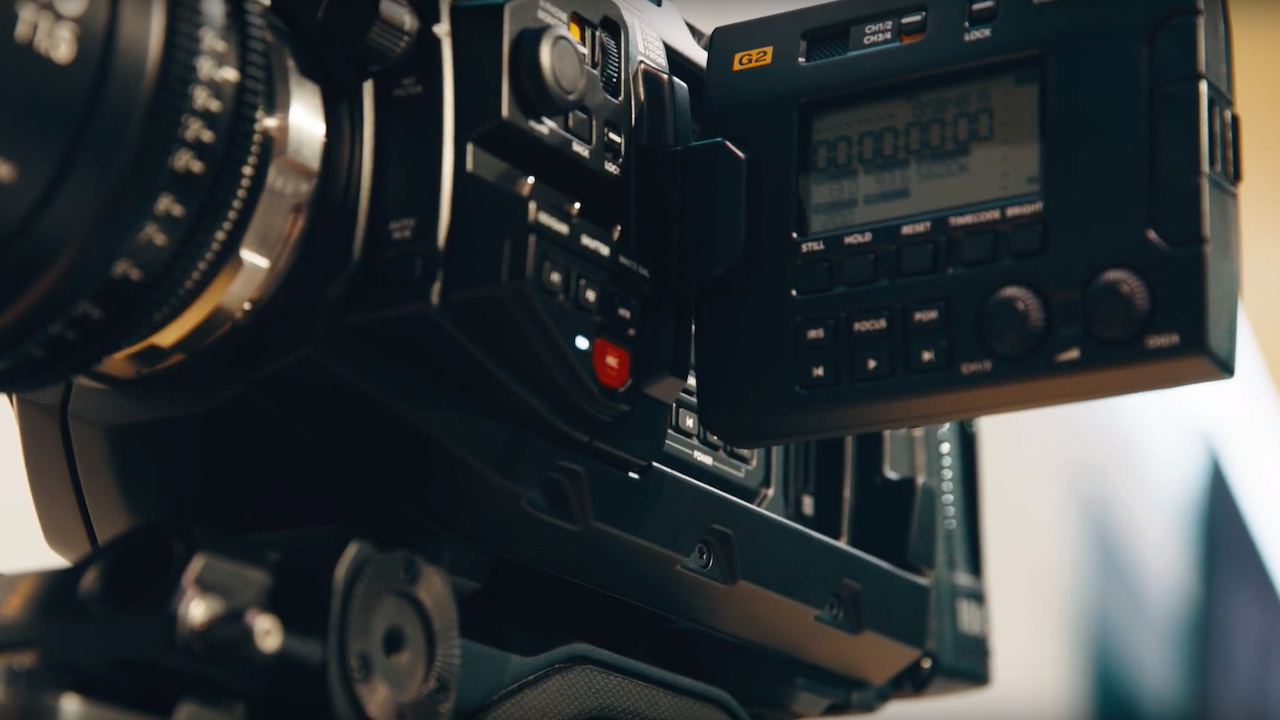 Close up of the URSA Mini Pro G2

Blackmagic Design's Technical Sales Director, Craig Heffernan, takes us through some of the new features in both Resolve 16 and the recently announced URSA Mini Pro G2 Camera on the NAB2019 showfloor.

Blackmagic Design had such a hyperactive NAB that it was difficult to pick just a couple of products to focus in on on their booth, but that needed to happen otherwise the videos were going to grow seriously long. In the end we chose Resolve 16, because that new Cuts page is really quite something, and the URSA Mini Pro G2 Camera because not many people have had a good look at it yet.

Blackmagic Design's Technical Sales Director, Craig Heffernan, is our guide. As he points out, with software like the GPU-accelerated Resolve 16 around, production and post production are blending together more than ever.

“You can run Resolve 16 on a laptop,” he says. “You could be working on set, you could pull your dailies, and you could start crafting an edit together, making sense of what you shot in the day and start looking at pick ups and reshoots.”

And then, of course, there is the small matter of the URSA Mini Pro G2 Camera and a much faster sensor than before that adds all sorts of higher frame rate creativity options. Have a look below.