When you're filming on a mountain, make sure you're properly prepared 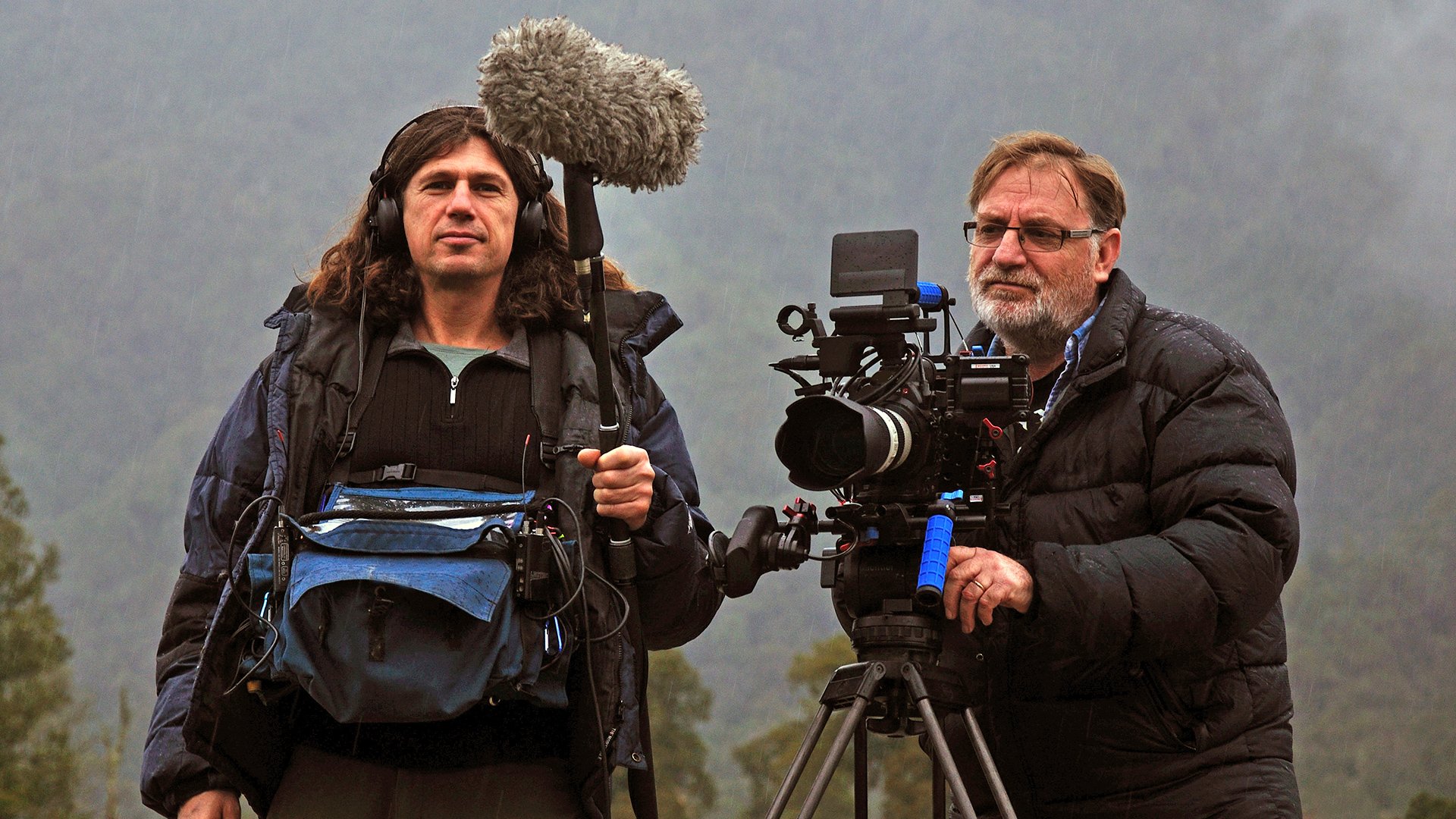 If you're going to be filming in extreme environments, here's our continuing guide to doing it the right way.

We left off the first part of this series with gear. Here we'll provide an overview of skills and training and then get into planning your trip.

We won't be going into much detail on the skills required; your best bet is to team up with experienced mountaineers or join up with a training program with an organization like the American Alpine Institute or the Mountaineers.

While it seems benign in most situations, on steep mountainsides snow can pose a significant hazard. You need to learn to work with ropes, recognize avalanche conditions, and self-arrest in case of a fall. The skills required are pretty straightforward, but they do take some practice; you need to be able to execute them without taking time to think about what to do.

You'll also need to learn several belay techniques, as well as climbing techniques that are pretty much the same as what technical climbers use, but without the safety gear.

There are no shortcuts here. You need to be fit; when I was using a large format camera and mainly photographing landscapes, I used my expedition pack as my camera bag, and just carried my camera with me even on short day trips in order to keep my strength up and get used to carrying the weight around, especially on hills. I also bicycle long distances which is great for developing your cardiovascular system and building endurance.

This ties in closely to navigation; in mountaineering you won't always be on trails, so you'll have to be able to locate your current location on a topo map. A GPS is a great device to have, but definitely keep a map and compass as well.

To plan your route, you'll want to know where you're going of course. Scouting remote locations might not be feasible; if you're going on an expedition on another continent, the time and cost required to scout it might be prohibitive. I did a 50-mile hike one year that ended up becoming a scouting trip, but I had to wait until the following year to make that trek again, but the second time around I had a pretty good handle on the best places to camp so that we could take advantage of magic hour, and also some very useful things like how far it was to the next place where we could refill our water bottles.

Though not the same as being there in person, there are some useful tools available to help plan a trip that you can't scout in person.

One of the more useful ones is Google Earth Pro. It allows you to find your location with the search feature and view the location in a 3D rendered view and even allows you to set the date and time that you'd like to view; this is great for determining where the shadows will be at a given time.

I've used this to help decide between camping locations on trips that I wasn't able to scout before hand with some success. There is of course no way to be certain about how much cloud cover you'll have, and sometimes tree growth can envelope views that you were planning on capturing, so keep that in mind. Google Earth is a great tool, but it has its limits.

On the mobile side are applications like the Photographers' Ephemeris and Sun Surveyor. A fellow cinematographer introduced me to Sun Surveyor as an aid to planning location film shoots, since it also provides view of the routes that the sun and moon will follow through the sky. I find it extremely useful for predicting the location of the sun and moon in the sky throughout the day when I'm on location rather than remotely though.

Sun Surveyor has an Ephemeris feature that provides timings that would interest photographers, like sunset, sunrise, moon set and moon rise, and when the civil and blue hours begin and end.

Once you know where you're going, figure out your route. It's surprisingly common for beginners to plan trips by choosing a location but neglecting to account for how to get there, then trying to figure out how to get there when they're already in the field. Then they run into an obstacle that they don't have the skill or equipment to overcome it and not enough time to go around, so they turn back.

Of course, knowing how you want to get there only works if you know how to navigate your way there; if you're going off trail, you'll have to be able to identify your route using your navigation skills. If you have a GPS you can use it to help you find your current location even in limited visibility, but definitely make sure that you know how to keep track of your location without the GPS in case your GPS stops working for whatever reason.

I have a Suunto Ambit3 Peak watch with a GPS built in and a rechargeable lithium ion battery, and it's able to record a GPS track for up to 100 hours depending on the sampling rate. I set mine to every ten minutes to stretch the recording time, plus even a small power bank is enough to keep it running for days.

Even with a GPS watch however, I still carry a topo map and a compass, and make sure that I know my planned route before I leave. I identify landmarks both that I might be interested in photographing and that I can use to help find myself while in the field to help me in the field. I also look for potential water supply points, especially important in some high elevation locations; water can be difficult to find in some areas, and in higher elevations you'll often need to look for snow and ice to melt in order to get water for drinking, cooking, and cleaning.

Make sure that you account for your equipment, pace, and skill level. When planning a route it's a good idea to do some research; ask other mountaineers about their experiences and recommendations for a given route. If you aren't a technical climber, you would want to find a route that doesn't require technical climbing gear, but that's also a somewhat subjective; I climbed a well-known mountain in the Olympics a few years ago called The Brothers without technical gear and learned afterward that some climbers used it as a training route for technical climbing.

Also consider how much gear you'll be carrying. If you're carrying a solid film kit, you'll most likely be traveling heavier than your companions, unless you've split the weight up among yourselves. While some mountaineers will go ultralight and hike into a climbing route, make the ascent, and head back to the car in a single trip, some would bring overnight gear and make a base camp from which to make the ascent the next morning.

If your goal is to film an epic sunrise from a summit shot, then you'll have to plan on reaching the summit your after in the dark. That often means that you won't be doing much photography during the ascent, but have your action camera ready to roll since the higher you are the earlier you'll catch the pre-dawn light.

If your aiming to photograph the ascent itself, then you will probably want to be climbing during daylight, but remember that the reason that so many summit runs use what is often referred to as an “alpine start” is to get clear of rock and ice fall hazards before the sun rises and starts melting ice and rock, increasing the risk of ice and rock fall. If you're planning to start a summit run after sunrise so that you can see and film the climb, pick a place where you're not putting yourself in unnecessary danger of rock and ice fall if possible.

If not, plan to climb in the dark, and save your action camera battery for the descent.

Remember, safety is more important than the shot.

While planning your route, also be sure to account for things that might slow you down while you travel, like climbing a steep slope knee-deep in scree. If you're going to be in a particularly remote location, also account for getting held up by inclement weather; one climber told me a story about being held up for a week during a blizzard while climbing Aconcagua.

Along with weather reports, make sure that you check other resources for potential hazards like avalanches. In the Pacific Northwest avalanches are so common that we have a dedicated organization called the Northwest Avalanche Center that sends scouts out all over the Cascades and Olympics to check the snow conditions and report back throughout the winter when the avalanche hazard is highest.

There are likely to be a wealth of resources for the mountains you're planning to trek in, and sites like PeakBagger are great for both finding them and getting advice from other people who have been climbing in your area.

This ought to give you a start on preparing for a mountaineering trip. Next up will be some filming.