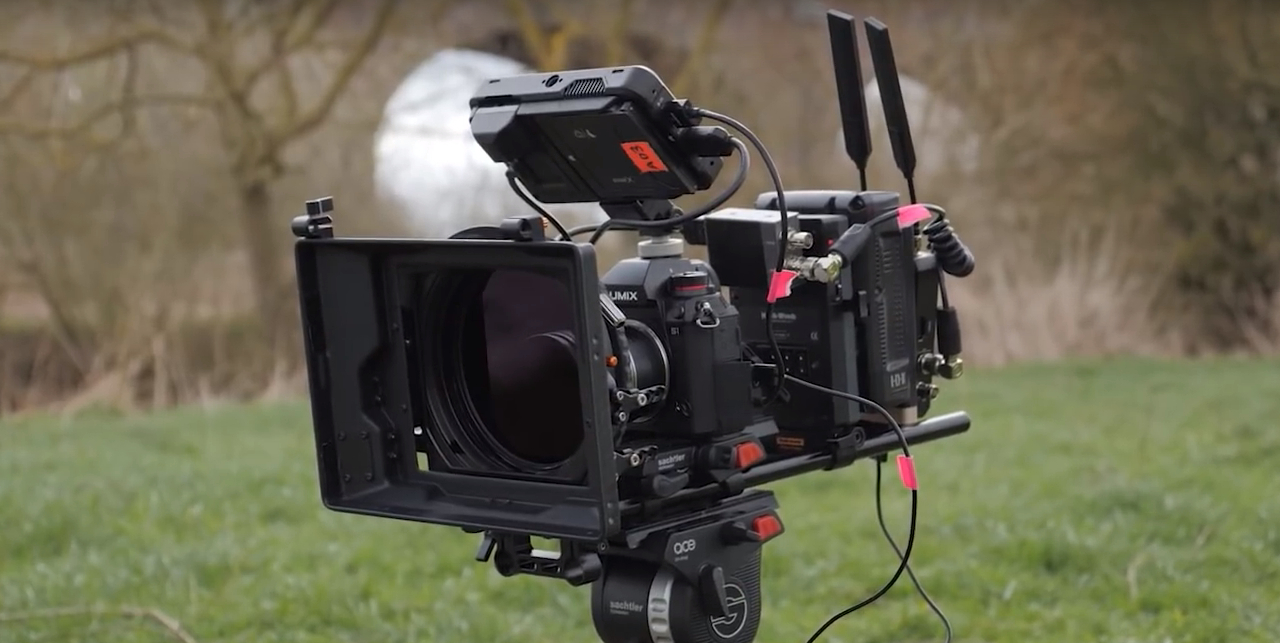 As part of a full shooting rig, the Lumix S1 / Ninja V combo is a nicely balanced one

Atomos has previous form when it comes to helping unlock features in Panasonic kit, and is doing it once more by unlocking 4Kp60 10-bit 422 recording over HDMI on the Panasonic Lumix S1.

While the upcoming V-Log gamma update for the Panasonic Lumix S1 is not due until this July, Atomos is making sure it gets out of the starting gate early with the announcement that it’s fully supporting the format. A firmware upgrade to the camera will unlock the shooting of V-Log 10-bit 4:2:2 4Kp60 footage directly to the Atomos Ninja V 5-inch HDR monitor/recorder from the camera via HDMI.

This means that users will be able to record Apple ProRes and AVID DNx editing formats direct from the Lumix S1’s sensor using the Ninja V. And the company is at some pains to point out that this is the full Panasonic V-Log and not the V-Log L variant found on some other Lumix cameras.

In terms of price/performance, that makes a Lumix S1/Ninja V combination an undoubtedly attractive one. You can pick up a Lumix S1 body for around $2500 and the Ninja V will set you back $695. It’s not just the Ninja V either; the new Atomos Shinobi SDI 5in monitor (and the original Shinobi) can also accept the V-Log footage and display it correctly in either HDR or SDR for users who want a slightly cheaper option and to record in-camera.

HDR display on the Ninja V is one of the big draws here though, its 1000nit display being able to show the V-Log gamma images correctly processed into either HLG or PQ HDR standards, as well as REC.709. LUTs can also be loaded to the Ninja V memory and instantly applied to view creative intent on set.

Worth a mention too is the upcoming wireless sync that will be enabled via the AtomX Sync module. This will let users run multi-cam Lumix S1 shoots via the Ninja V if they so desire, with an advertised range of up to 300m on the same network.

Have a look at what the combination of the Lumix S1 and the Ninja V can already produce below in this new short ‘Tuning’ shot by UK-based filmmakers Wise Guys. It was shot using the current S1firmware which already supports 4Kp30 10-bit 4:2:2 recording in Hybrid Log Gamma (HLG) to the Ninja V. And there’s a BTS below it.