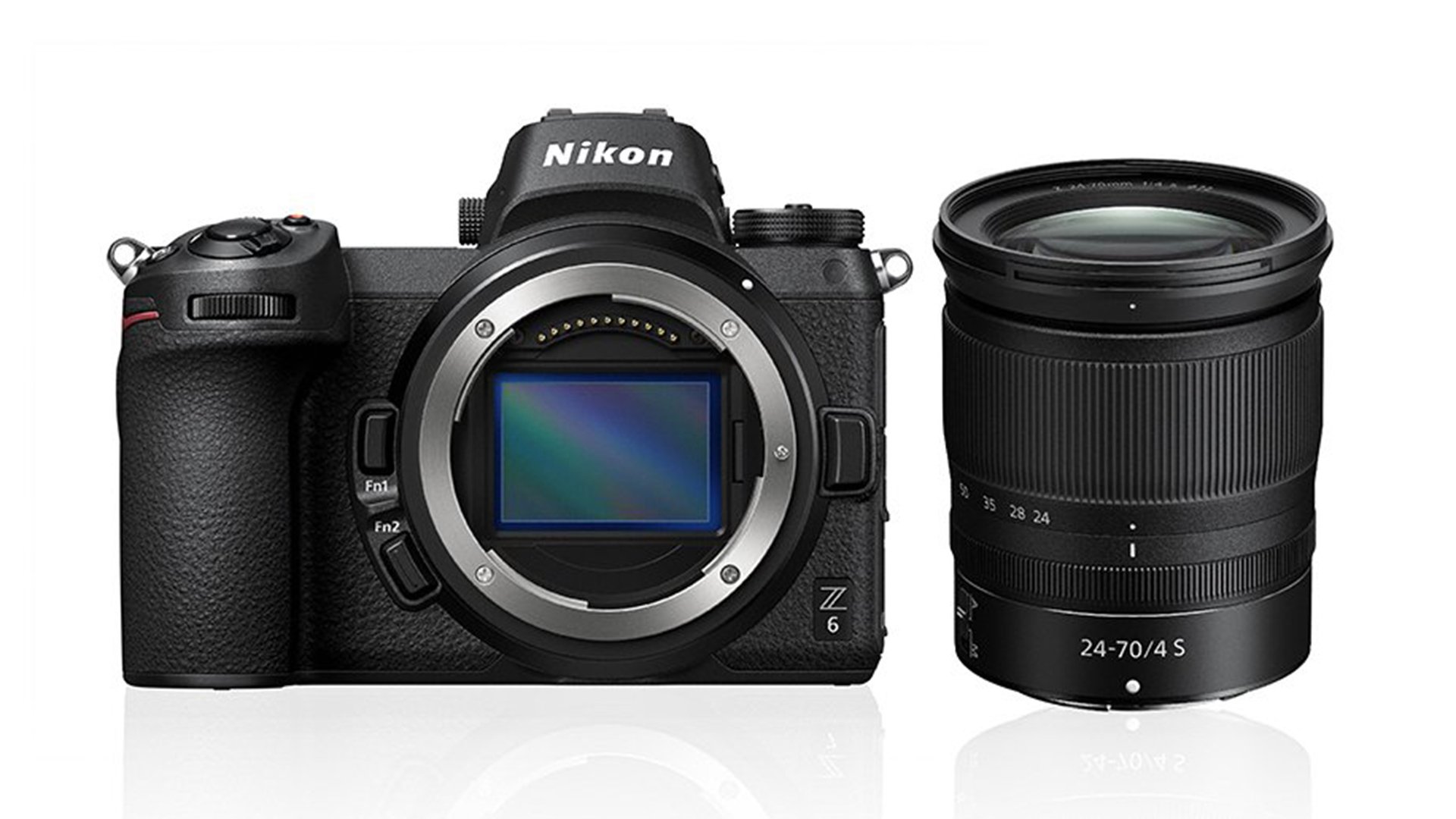 The Nikon Z 6 is certainly a stellar performer as a stills camera, but what is it like to use as a video system? In the second part of his review, Simon Wyndham finds out.

Last time around I looked at the features of the Nikon Z 6 and gave a brief rundown of its use for stills. But for RedShark readers the real area of interest is what the camera is like to use for video. Out of the box the camera does, after all, output 4K 10-bit footage via HDMI to an external recorder, and in the very near future a firmware update will bring ProRes RAW output to compatible recorders such as the Atomos Ninja V.

When it comes to crossover cameras the form factor used is often quite divisive. Traditionalists will usually always prefer the camcorder style design, and quite often a balanced shoulder mount system. This isn't something that afflicts the younger generation however, which has grown up with DSLR video as an accepted norm. In fact the idea of needing to rig up the camera in order to use it day in, day out for video has also become an accepted fact of life. Many even embrace it.

The Nikon Z 6 is no exception to this. Whilst the camera itself is nice and compact, if you will be using it almost exclusively for video you will need to factor in some sort of rig to make it easier to carry around and mount the required accessories to, such as the aforementioned external monitor/recorders.

Luckily because the Z 6 is so compact to begin with, this should be achievable with the minimal amount of bulk. 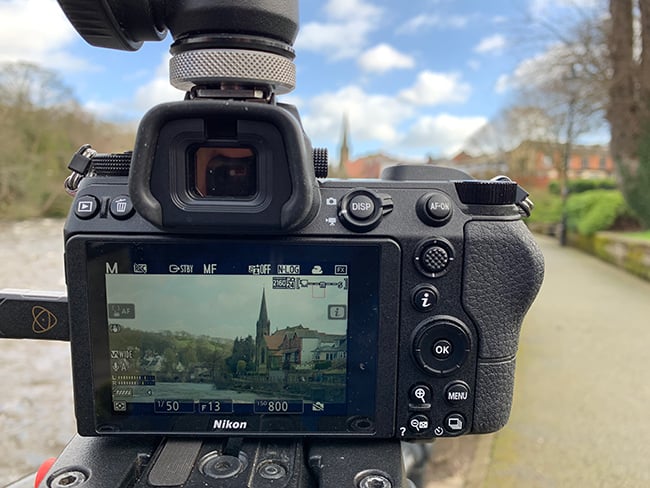 There are two ways you can use the Z 6 for video. The first is to record internally to the (at the time of writing) XQD card. This will allow you the option of recording 4K at up to 30fps (29.98) with 8-bit colour, using one of the camera's built in colour profiles. This is by default set to "Standard", and as you will see from the demo footage at the end of this article, it is a little contrasty and over saturated. There is a much more subtle option called "Natural", which I would recommend instead. There is also a "Flat" option, but this is not a logarithmic curve.

Recording internally with the Z 6 does not afford you the option of using N-log, although if you search around the internet there is one organisation offering a picture profile download that claims to emulate N-log for internal recording. I have not looked at this myself so I cannot vouch for how effective it is, but if you do not have access to an external monitor/recorder it may be a good enough solution for you.

Recording internally offers one quite neat function over external recording. And that's an option called "D-lighting". This can be set to various levels of strength, but what it does is balances out the picture in high contrast situations. It is actually very effective, and if you are shooting WYSIWYG using one of the picture profiles, it will help you out a lot. Usually I would be dubious of such functionality, but in this case it really does seem to do what it says on the tin, and allows you to be much more protective of your highlight areas. I have no idea how it actually works. The image doesn't become flat as it might when cramming in lots of DR with a logarithmic function, so there's something a bit more clever going on under the hood.

The Z 6 will, as mentioned earlier, go up to 30p in 4k, and 120fps in 1080p. Unfortunately the weather wasn't all that forgiving during the short loan period so I didn't get to properly look at the high frame rate options. But I will be revisiting it once the camera comes back for a look at ProRes RAW functionality. But one thing that I found impressive was that at 120fps you are seeing the full FOV without sensor cropping.

Why 30p maximum at 4K? No doubt it is because the Z 6 downsamples properly from 6K, and that going up to 60p would be too much to achieve without compromising image quality by using another method. One other thing to note is that there is no integer 24p option. It's 23.976 or nothing. A small thing, but something to be aware of.

But if lots of slow motion isn't your thing, this all means that the image that you get from the Z 6 is richly detailed without even a hint of moire or aliasing. The fact that the camera is producing its 4K image from a 6K data source means that you will be, in theory, getting true 4K after all the in camera debayering and processing. 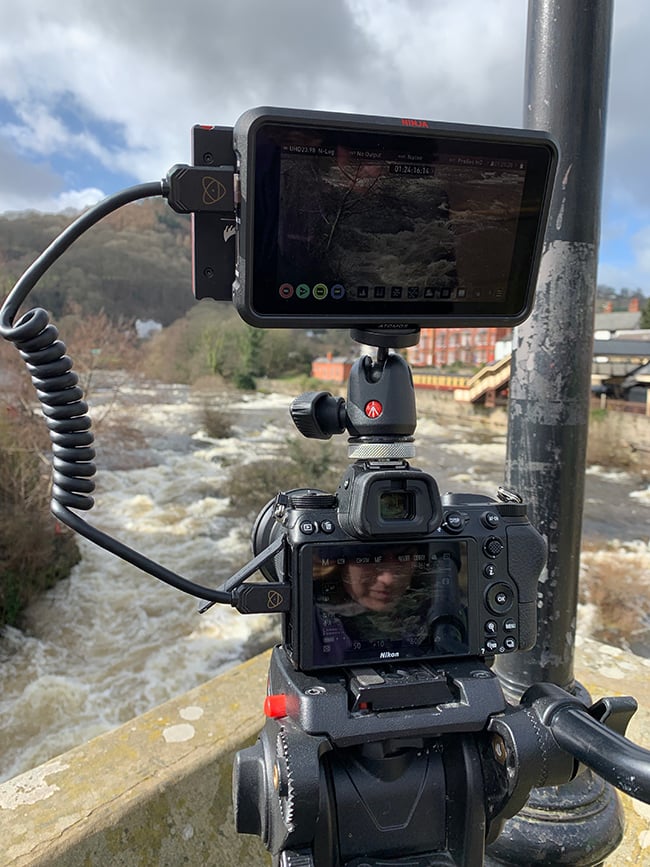 But in order to get the very best video from the Z 6 you need to hook it up to an Atomos Ninja V. By doing this, even without the ProRes RAW update, you will be recording an image that, from what I can tell, is leaps and bounds better in quality than recording to an internal card.

Once you have the Ninja V hooked up, you will need to delve into the menus of the Z 6 a little to get the correct settings. These are buried somewhat, and, given the importance of them, really should be placed front and foremost so that they are more obvious.

Recording externally comes with a caveat or three. Firstly, you cannot record internally at the same time, and the image recorded externally is slightly cropped to around 90%. Lastly, shooting N-log sets the camera to the native/base ISO of 800. This cannot be changed*, so any ISO pushing or pulling needs to be done in the grade. This is fine, and the Z 6 is far from being alone in doing this, but it does mean that low light shooting isn't so easy because you can't rate the ISO in camera and see the resultant 'simulated' image, such as you might do with EI modes on other cameras. But with recording being done externally it is difficult to see how this might be changed, unless Atomos offers an option to boost the gain on the Ninja V itself for the purposes of monitoring (leaving the recorded signal untouched).

These are not so much criticisms as they are little aspects to be aware of and to take into consideration when using the Z 6 as a video camera. They are not deal breakers by any stretch.

Once the camera is set up, including the HDMI recording trigger, using the Z 6 in conjunction with the Ninja V was a pleasure. The record trigger worked perfectly every time, and the quality of the picture coming through was apparent even on the small 5" screen of the Ninja.

One of the bigger advantages of shooting externally is that you can record for longer than 30 minutes, and your files won't be broken up into 4GB chunks. Not only that, but the files on the SSD are ready for editing straight away. Given that you are highly likely to be using an external monitor on the camera anyway for video, it makes perfect sense to just have the Ninja V and get the maximum possible quality at all times.

There is one other thing to look out for, however. I mentioned in the last part of this review that there was a slight delay in the viewfinder. When recording video externally this delay is noticeably longer on the external display. This does mean that following fast action is difficult. It has been possible in the past for other companies to find a way to reduce such delays in firmware, so I hope Nikon will take a closer look at this for future updates.

With all that said, the resultant picture quality of the Z 6 using N-log is really quite staggering. It has a really nice wide dynamic range, and an absolutely amazing amount of detail with barely a hint of noise. Even the finest, sublest textures are retained.

With basic grading you end up with a very natural and pleasing picture. Even in high contrast shots with the highlights protected, the camera retains a very high degree of shadow detail, and the picture is very easy to manipulate in post. Not being a specialist colourist, the fact that it is so easy to deal with is a good thing for one-person-band operations where you need to wear many hats.

Battery life while recording video was a lot more intensive in terms of power draw than simply taking stills. For a day of video shooting I would recommend budgeting for around 4-5 batteries to be safe, maybe more if you are going to be spending time monitor gazing to set up shots.

The Nikon Z 6 is going to be a good camera for those who need both very high quality stills and video in one package. Videowise the results that the Z 6 can achieve, particularly using an external recorder, are really quite amazing. For general videomaking you will be able to get some impressive results. If fast moving action is your thing, then the monitor delay and lack of 4K 60p options might mean you'll need to look elsewhere, and if wildlife is your forte, you might be better off with an APS-C sensor model. With that said, what the Z 6 does is eschews the fancy video modes, and instead focuses on getting the best possible quality out of the 4K image that it does produce. And that image is very impressive indeed.

If you can only budget for one camera that does everything, I would certainly recommend giving the Z 6 a good look. At £2099 (RRP) for the body, you are getting a lot of picture quality for the money.

*Footnote:- We have been informed that the Z 6 should be able to change the ISO above 800 in N-log mode. We are trying to clarify things with Nikon since our demo camera would not allow this setting to be changed. We'll update when we have this clarification.