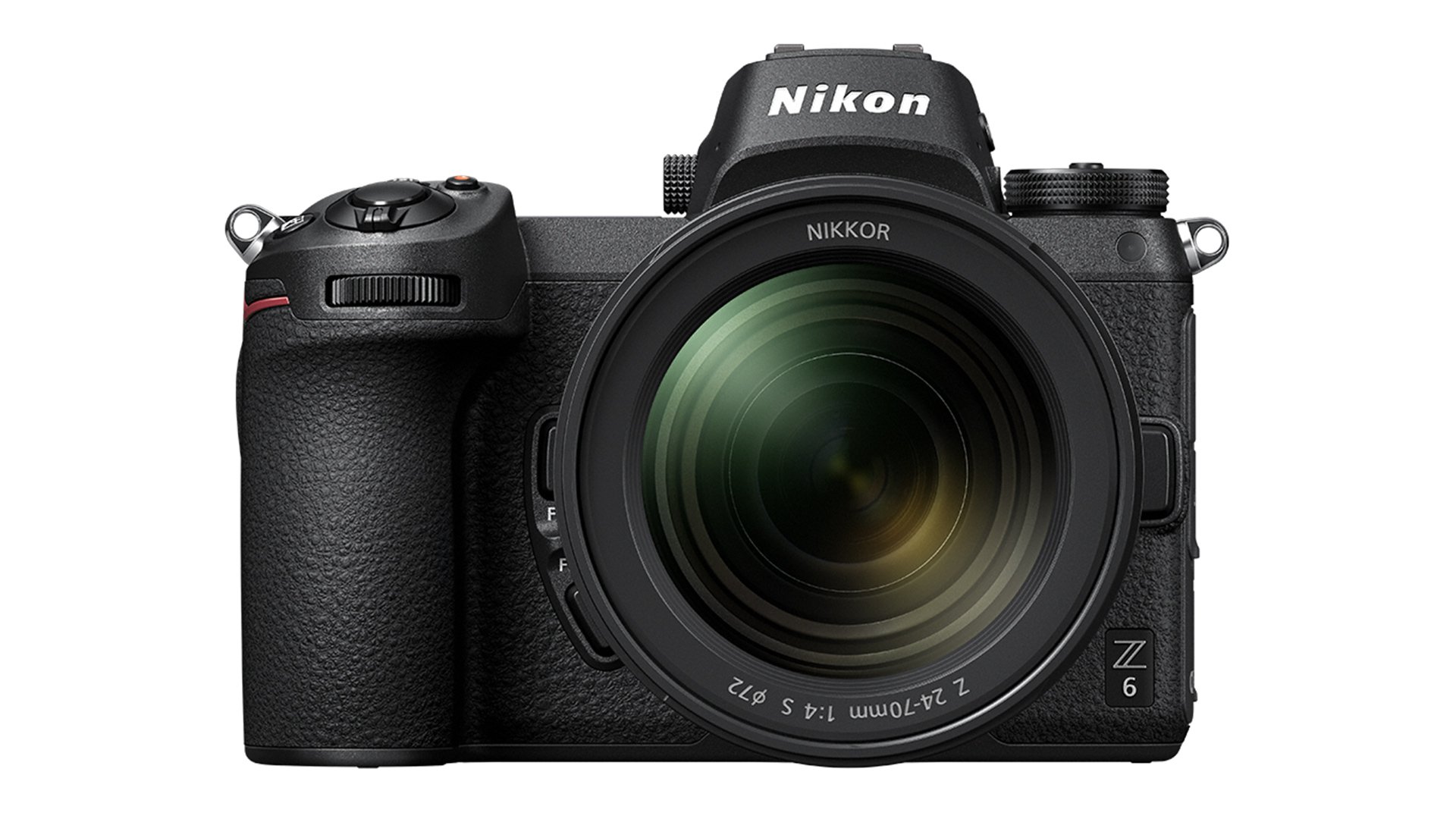 The Nikon Z 6 is one of the most important camera releases of recent times, being the first full-frame mirrorless camera to promise 4K ProRes RAW output via HDMI. We have one to review, but for now here are our first impressions.

In the latter part of last year Nikon decided that it was going to throw its hat into the full-frame mirrorless arena. The cameras, the Z 6and the Z 7 had slightly different focusses, with the Z 6 and its lower resolution (24.5MP vs 45.7, but larger photosites) being the one of most interest to videographers. Both cameras can record 4K video, and both will gain ProRes RAW output to Atomos devices with a forthcoming firmware update. But the Z6 with its better lowlight abilities and oversampled picture is the one that offers the most versatilty for video.

I currently have the Z 6 on loan for review and I will be publishing my findings soon. But for now I want to offer my first impressions of the camera.

The Z 6 I was supplied with came with a kit lens. A 24-70mm f/4. Being a full-frame camera this makes this particular lens usefully wide, with good degree of zoom. I was also supplied with a 50mm f1/8 prime. 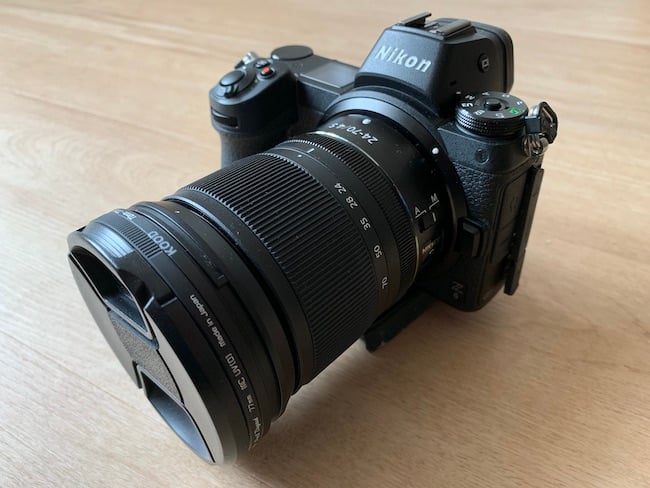 The camera is nicely packaged in its rather understated box, and comes with the usual accessories, such as a battery charger, strap, and USB cable.

The body of the camera is solid feeling, as it should do given that this is well and truly a camera aimed at professionals, made as it is from magnesium alloy. It is fully weather sealed, too, which is always useful in the UK! Although the body itself is nice and compact, and relatively light, once a lens is attached the weight does naturally go up. But even so, unless you are using a truly heavyweight telephoto lens, the Z 6 would appear to be much more manageable than a full-frame DSLR. Size wise it is very similar to my Canon 60D (yes, I still use this and it takes perfectly good pictures thanks).

The new Z mount has a throat diameter of 52mm, making it one of the largest 35mm stills lens mounts out there. Yet despite this, the lenses are still quite compact. Without the lens mounted on the camera, due to being mirrorless, the sensor is right there in your face. And its size means that it spans pretty much the entire internal diameter of the mount.

Controls seem to be well laid out with one big rotary dial on top and another placed where your forefinger will be during hand holding. There's also a clear LCD display on top that shows your current settings. One thing that I found to be a pleasant surprise was when I first took a look through the viewfinder. I'm generally not a fan of electronic viewfinders on stills cameras, but Nikon has excelled themselves here. It is smooth, highly detailed, and vivid. To the point where after a short while I forgot it was an OLED display.

The large LCD display is not of the 'flip out' variety. But it can be angled down to around 45 degrees for high angle shots, and upwards to 90 degrees for low angles. The lack of a flip out ability might be a disadvantage for some Vloggers who might want to keep an eye on framing when self shooting, so an external monitor is neccesary for that type of functionality. 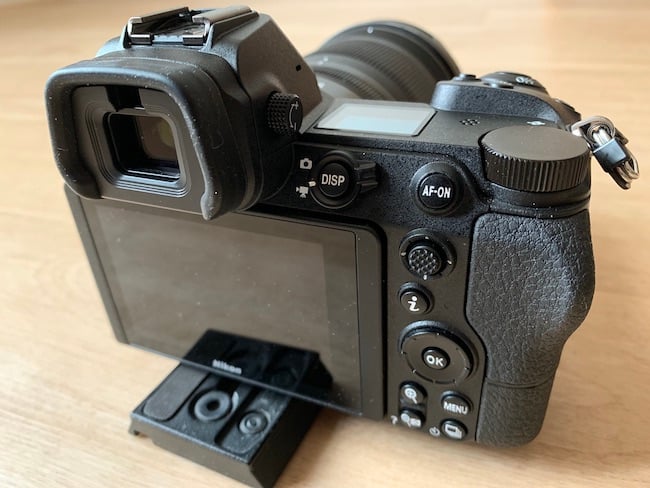 My forthcoming review of the camera will be, of course, mainly focussed on its video capabilities. Chiefly when connected up to an Atomos Ninja V for 10-bit 4K recording. ProRes RAW has not been released as a firmware update just yet, but we will be revisiting the camera to look at this as soon as it becomes possible. The firmware update will also allow the camera to take the new CFexpress cards, which are effectively a merger of XQD and CFast 2.0 standards, but which shares the XQD form factor.

This will be great of course for fast reading and writing of data. These types of storage do not come cheaply though, with one 32GB XQD card costing £100. And they are not easy to source off the shelf if you are in a hurry and need to buy one.

That said, as a professional device you will want professional standard storage. And XQD and CFexpress will supply the sort of reliabilty assurances such users will require.

Look out for the full review of the Z 6 coming soon. 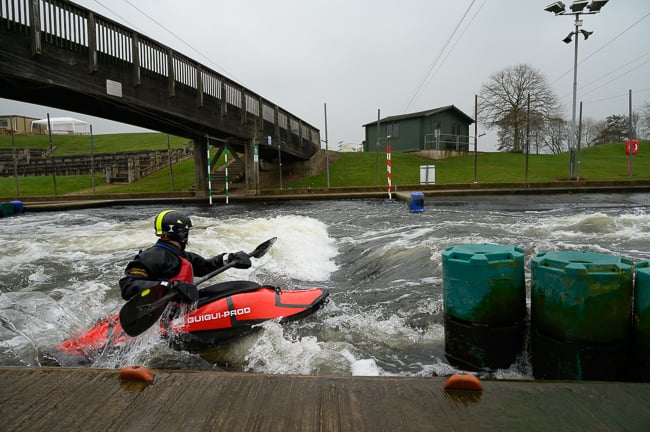 Nikon Z 6 still taken on a cloudy day on urban white water at HPP in Nottingham. 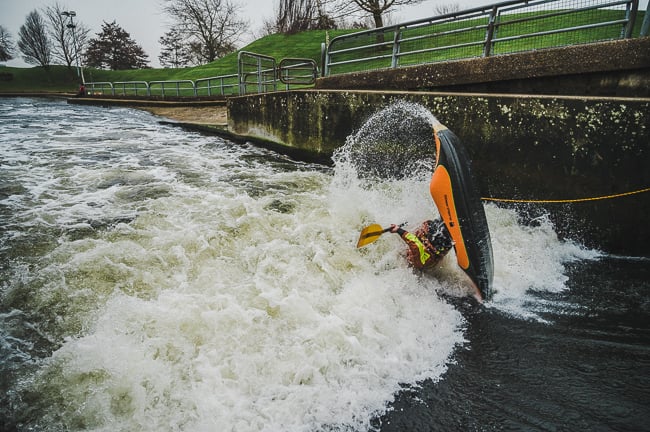