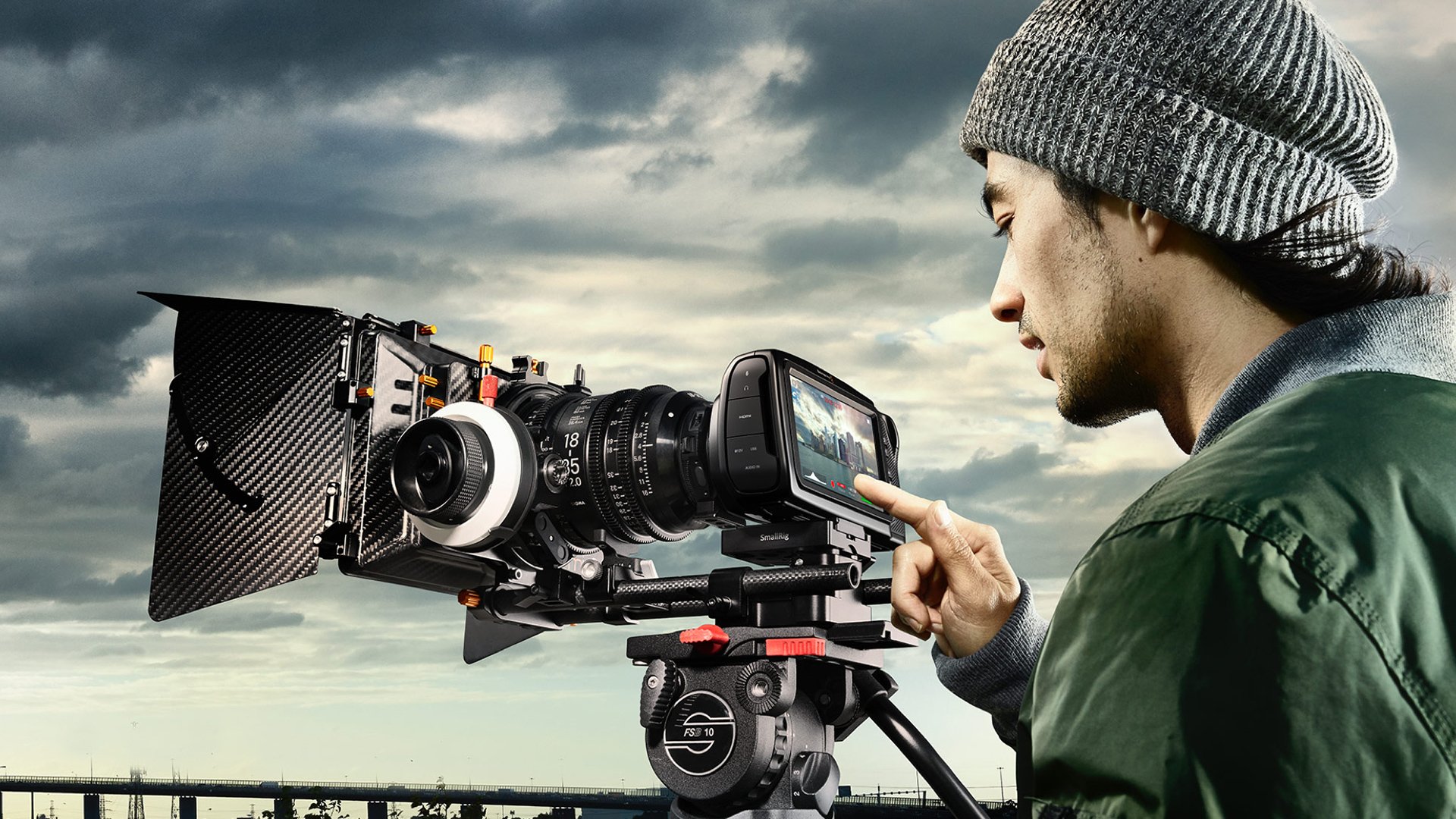 The recent 6.2 firmware update for the BMPCC 4K transforms the camera, and changes the way you will be able to use it.

It was the update that everyone was waiting for. Ever since the BMPCC 4K was released BMD had intended to release BRAW capabilities for it 'if possible'. And that's an important thing to consider. It was never an absolutely confirmed thing, but it was incredibly important that it happened.

For one thing the compressed Cinema DNG that existed in the camera was subject to some legal wranglings. I won't go into the details here, but ever since 2013 when the first legal action was taken, the writing was on the wall. But what might at first seem like a negative thing has in fact benefitted us all. First with ProRes RAW, and now with BRAW.

The change is particularly useful for a camera like the BMPCC 4K. It is after all designed to be portable. Until now one of the camera's stumbling blocks has been recording media. The camera itself is extremely affordable, but if you want to record to a quality that gets the best from it you need some seriously fast storage. And that means CFast 2.0 cards, or at the least, the very fastest SD cards. Both of these options are not cheap. You easily spend going on £1000 just on two cards! And if you are going to be recording all day, particularly if you are filming interviews, that could get very expensive, very quickly.

With BRAW however, you can record 12-bit compressed raw, and with some settings you could get 4hrs of footage onto one 256GB card. And it wouldn't even have to be the fastest one. For example, the 5:1 compression setting for 4K at 30fps is around 100MB/s. If you need something quick  you can use 12:1 compression and be around the 40MB/s mark. If you use the Q5 setting your data rate will vary between 27MB/s and 78MB/s odd.

Of course if you want to use the top quality 3:1 or Q0 settings you will still need a fast card, particularly if 4K at 60fps is required. But what BRAW means is that you can be more selective in your choice of storage. You might, for example, want to have a slower, less expensive card for recording 24-30fps every day footage, but keep a faster one, or an external SSD for special occasions like slow motion.

No need for cables

From a personal perspective, although I love the fact I can use an affordable SSD such as the Samsung T5, I am never a fan of having cables hanging off the camera. Having BRAW gives me more options without needing to tether anything.

To put this into perspective, this all now means that I can use a 95MB/s SD card and I can quite happily shoot 12:1 4K BRAW at up to 60fps with absolutely no problems whatsoever. At the very least it means that you do not need to be so concerned about paying quite so much for multiple cards. One 256GB CFast 2.0 card for instance will cram 4hrs of footage onto it. Unless you are shooting a conference all day or continuous documentary shooting, you'd have to be going some to use all of that.

But it's highly compressed?

Isn't 12:1 very highly compressed? Wouldn't using it defy the point of having such a high quality camera? Well yes,12:1 is quite highly compressed, on paper, but the reality is that you actually do need to pixel peep really quite hard to see the difference from the other, milder, settings. Yes, looking very closely you can see differences, but frankly, if you are doing day-to-day video work for a high quality YouTube or Vimeo channel for example, it is really quite doubtful if you would gain a huge amount by using the other settings. In fact I'd go so far as to say that if you shot 12:1 the likelihood of anyone spotting it, even if you showed your footage on a very big screen, would be minimal.

Far from being a last resort setting when you are low on storage, it is actually perfectly viable as a primary option if you are producing video by volume and/or storage expense is one of your main sticking points when using the BMPCC 4K.

What BRAW has done is effectively transform the usefulness of the Pocket Cinema Camera 4K. Not only has the update made storage choice much, much more flexible, but it has made editing it more flexible, too. Even ProRes can become clunky on, say, a MacBook Pro in Resolve. BRAW on the other hand absolutely flies, even with 3-4 nodes of colour correction, including Filmconvert and lens flares. The footage scrubs through at lightening speed, and while there is ever so little stutter, switching the playback quality to half means that such a computer can easily playback the footage in realtime even with multiple effects added.

In short, some may lament the loss of DNG recording with the new update. But the advantages of BRAW far outweigh any disadvantages from losing DNG. This has literally changed the usefulness of the BMPCC4K and as far as I am concerned, the update couldn't have come any sooner.