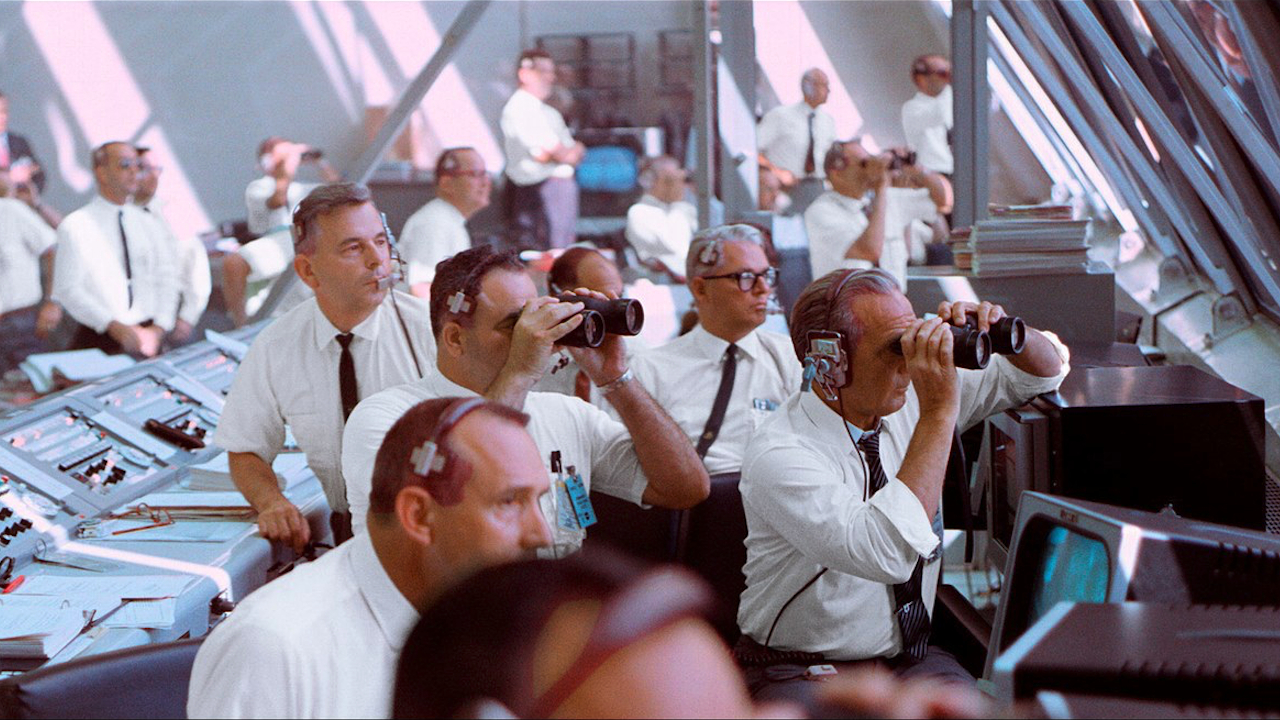 This year is the fiftieth anniversary of the historic first Moon landing, and one of the best ways of commemorating it is probably to go see Todd Douglas Miller’s stunning looking Apollo 11.

‘First Man’, of course, revisited the Moon landing last year. But for all its attention to detail and attempts at authenticity it was a movie studio recreation of what still ranks as one of the towering achievements of humanity. Apollo 11, which is on a limited week-long IMAX release in the US this week before a national release on March 8 (no word on international dates yet) is very much the real thing; a 93-minute documentary comprised of footage shot at the time. What makes it different and compelling and the sort of thing that awards are made of though, is that a lot of this footage has never been seen before.

And thereby hangs a decent tale.

Vanity Fair tells it in all its glory, but to summarise the techie bits, it starts with NASA unearthing 165 reels of material shot in the 70mm TODD-AO format (technically it’s shot in 65mm Panavision then printed to 70mm) 61 of which pertained to the Apollo 11 mission. TODD-AO is a bit of a historic curiosity; developed by a movie industry that was seeing audiences drift towards television even in the 1950s and 60s, only 16 feature films were ever shot in it before it got superseded in the large format arena by IMAX.

It was already on its way out in 1969, and using it to shoot the lunar missions was more the legacy of a previous, abandoned project with MGM than a conscious decision by NASA. It eventually resulted in a documentary movie called Moonwalk One, which was very much a product of its time (it began with scenes shot at Stonehenge) and also rather sank without trace, the American public in the midst of a serious bout of Moon-fatigue by the time it was released in 1971.

Much of the treasure trove of reels featured outtakes from that project, alongside what look to have been PR shots done by NASA itself. And part of what makes the Moonwalk One material so fascinating was that director Theo Kamecke had reasoned that there would be plenty of actual launch footage and told his crews to focus instead on reaction shots.

Special software and hardware was constructed by New York post house Final Frame to digitise the TODD-AO material and, as Miller puts it, when the team finally got to see what they had “Our jaws were on the floor.” You see the crowds and you see the people; you don’t just see the Saturn V blasting up into the azure sky, you see what it meant to those watching at Cape Canaveral and the 400,000 people in 20,000 companies that worked throughout the 60s to make it a reality.

It looks fabulous. And it sounds good too. The film draws on plenty more diverse sources than just the TODD-AO tapes, and one of them is a recently completed project by the University of Texas at Dallas to digitise NASA’s audio records of the event. During the Apollo missions the Agency had two 30-track tape recorders running, capturing not only all the flight director’s commands and the astronaut responses and chatter, but also all the back channel traffic as well. This audio provides the narrative drive for the movie as it charts the nine-days of the Apollo 11 mission.

But it’s the sense of heading back half a century in time, of being immersed among the people of the late 1960s as they witness this titanic achievement that is the film’s true achievement. It was a collective experience in the way that nothing was before it and few things after it — at least few positive things — have been. Have a look at the trailer below.