These are the 100 greatest examples of cinematography ever made 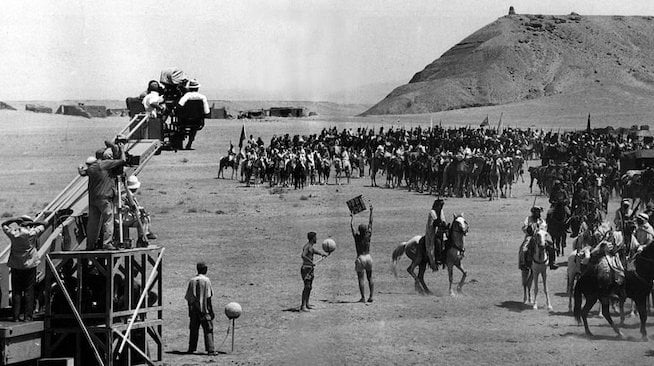 On the set of Laurence of Arabia in 1962

Well, they are according to the ASC, at least. The American Society of Cinematographers was 100 years old on January 8 and celebrated by publishing its list of the 100 best-photographed movies of the 20th century.

‘Best ever’ lists often say as much about the organisation putting them together as they do about the material that is in them, and are often guilty of either outrageous bias or missing out vast swathes of candidates that really should have been considered.

The ASC has done a good job of side-stepping most of these issues though with its list of the 100 best-lensed films of the 20th century. First, it has made sure there’s some historical perspective by not considering anything of the past 19 years; members were encouraged to submit films for consideration that they believed were over-looked or pioneering; and it only ranks the top 10 by number of votes, the rest are simply presented in date order.

It was organised by Steven Fierberg, ASC (Secretary, Love & Other Drugs, The Affair) and voted on by ASC members.

The process of cultivating the 100 films began with members each submitting 10 to 25 titles that were personally inspirational or perhaps changed the way they approached their craft. “I asked them — as cinematographers, members of the ASC, artists, filmmakers and people who love film and whose lives were shaped by films — to list the films that were most influential,” Fierberg says. A master list was then complied, and members voted on what they considered to be the most essential 100 titles.

There are still, of course, gaps; there’s a pronounced bias towards English-language cinema and the absence of women in the list is somewhat shocking from a 2019 perspective. But it’s an interesting list and the ASC is promising detailed essays and historical information on each title over the coming months, “celebrating the diverse, global art form of cinematography throughout the ASC’s Centennial year.”

You can read the full list on the ASC website but here at least is the Top 10 for your consideration. What do you think? Have the ASC members got it right?