Watch a new iPad Pro being purposefully destroyed. And the point is? [Opinion] 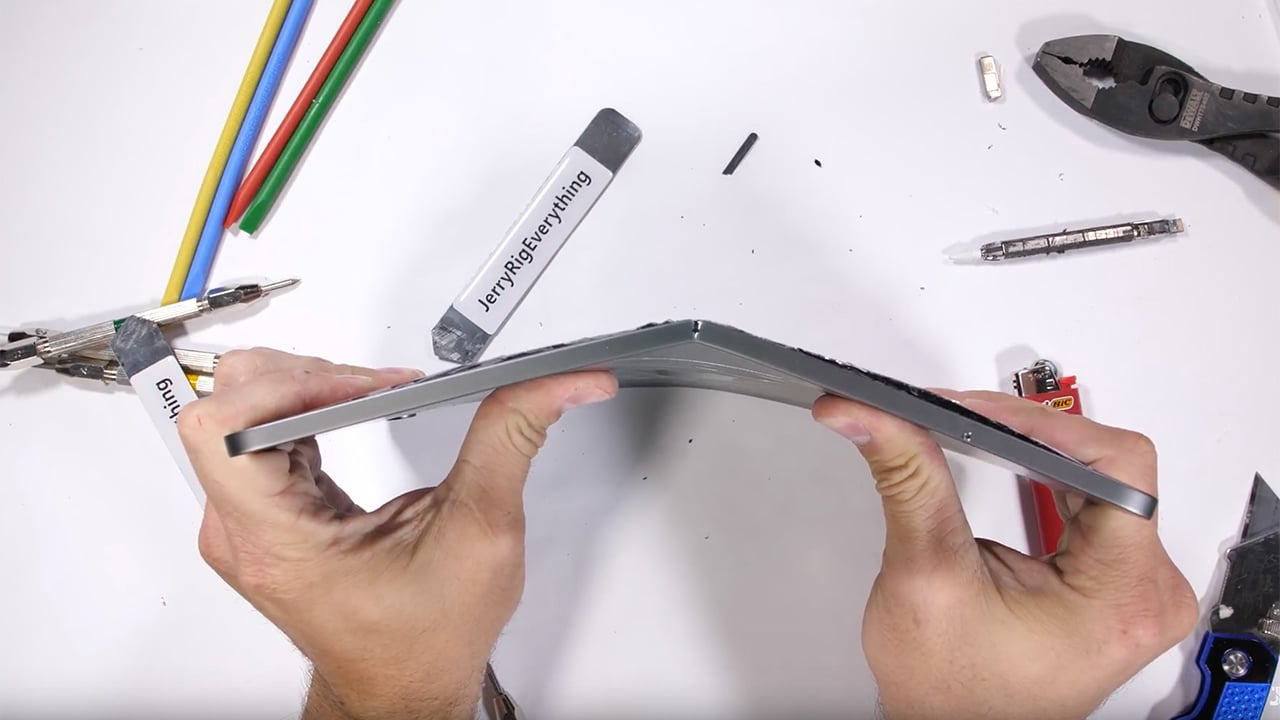 Recently the video below came to light. It shows the new iPad Pro being, well, destroyed. The video purports to test how durable the new device is, and with a 'bend test' to see how well it can stand up to punishment in your rucksack or being sat on.

I'm going to put my own stakes into the ground and say that while such 'tests' are entertaining my own opinion is that they are utterly pointless.  I should also add that given the resources needed to put together such equipment, isn't it a trite irresponsible to simply destroy it? I hope he submitted the left over materials for proper recycling afterwards.

Yes pointless. The iPad Pro and similar devices, even smaller ones like the iPhone XS are not cheap. These are premium items that really should be used for a number of years. Personally, although I cannot rule out accidentally dropping a gadget, I generally take every precaution I can to treat such gear with care. I do see a lot of users who are happy to throw their phones and tablets around in a care free fashion... And then wonder why they get broken. If you are one of those people, then I assume you have money to burn. From my own world view however, I want to take as much care as possible. It's a pricey electronic gadget, not a two year olds play thing.

Do you see tests of a desktop computer (something that might often be situated on the floor ironically enough) with somebody seeing how many times they can kick it with their steel capped safety boots? Do you see iMac Pro tests to see if it can withstand someone punching the screen or throwing coffee all over it? I have however seen 'tests' that throw a MacBook Pro out of an aircraft to 'see what happens'.

Okay, I understand, the iPad, iPhone, and laptops are designed to be carried around, and as such you might drop them. But there's something important here. They are not designed to be tough devices. Believe it or not, the assumption is that while they might suffer the odd bump and scrape, you are actually supposed to be mindful of how you treat them. Otherwise they would be made with MIL specs.

I once dropped my MacBook Pro, inside a so called protective laptop bag. Unfortunately there was a silica gel pack that had split letting all those micro balls out everywhere. They are rock solid! My Mac got a small chip on the side of it as a result. I was pretty annoyed by this, but my irritation wasn't directed at Apple for not making a tougher computer, it was at my own ineptitude at dropping it in the first place and for not noticing the split gel pack.

The argument from some people might be that if you are paying over a grand for a device you would expect it to be more durable. But you could expand that to any expensive gadget - should your £4000 4K HDR television be made to withstand your foot kicking it if you don't like what you see on television for instance? I would offer an opposite argument, that being that if you have paid such an amount of money for a device, you should be taking more care of it.

If you really are a clutz with gear, do the intelligent thing and buy a really good case. If you are going to be using the iPad Pro on the road all the time, just get a really highly  protective case. You just spent well over a grand on a gadget, doesn't it make sense to actually try and make an effort to look after it?

Anyway, watch the video below and try not to cry (unless you are an Apple hater, in which case no doubt you'll be dancing around the room doing the hula) and let us know what you think about these 'stress tests' in the comments below.