Viltrox EF-M2: A Speed Booster on a budget 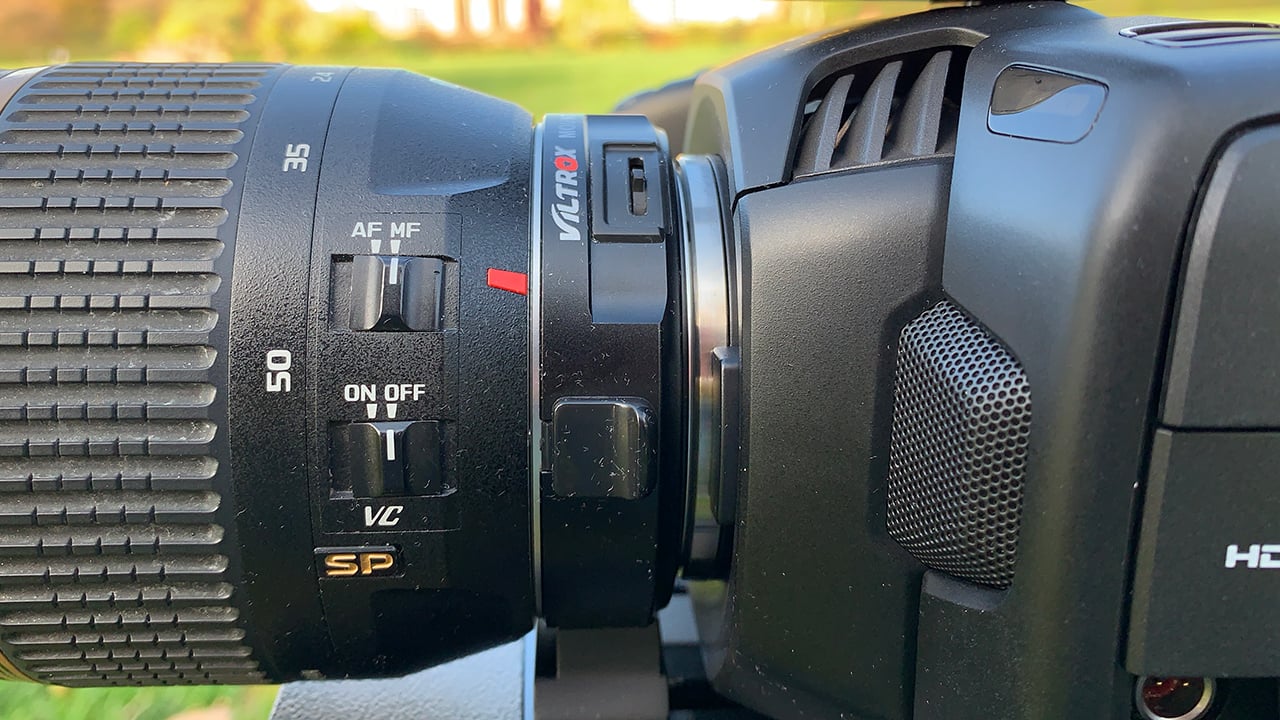 Review: If the best known focal Speed Booster is out of your price range, here's an alternative that might be just what you are looking for.

The Metabones Speed Booster is the most well known lens adaptor on the market, and for good reason. It was the first adaptor that not only allowed you to use lenses such as Canon EF models on, say, a MFT camera, but it also took the lenses angle of view at any given focal length and projected as much as possible onto the smaller sensor area. While it didn't give you the full 35mm equivilent it got as close as it could, and offered another advantage on top. Concentrating the light into a smaller area in this way gave an extra stop of light transmission, meaning that slower lenses actually became slighty 'faster', and fast lenses became even better for low light scenarios.

Of course all of this comes at a cost, and for some, while the quality of build means that the Metabones Speedbooster is worth what you pay for it, it is still a bit over budget for those on tight purse strings, especially when you consider you could buy a pretty decent lens for the same money.

However here I want to offer an alternative, the 0.71x Viltrox EF-M2, which on paper at least does exactly what its more expensive rival does, at a fraction of the cost. Too good to be true? Read on. 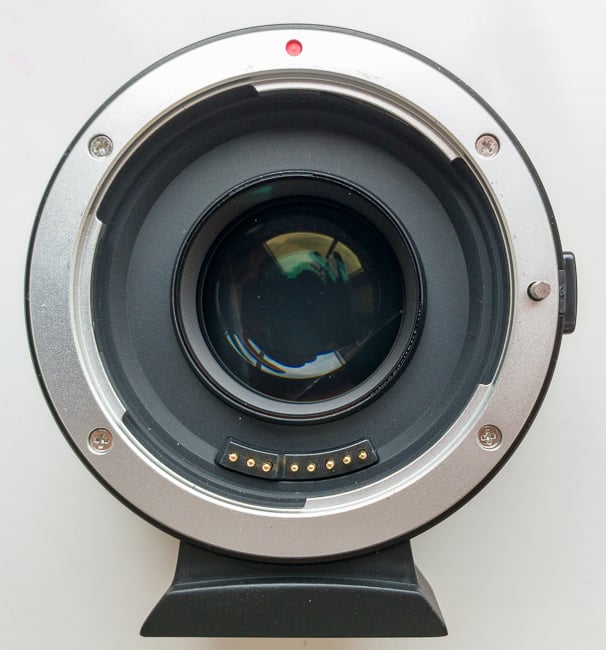 The front element of the Viltrox EF-M2

The Viltrox EF-M2 can be bought for around £95 from an official importer if you look around a bit. Open the packaging and you find that the EF-M2 comes in a strikingly similar case to the Metabones, and it even includes a hex key and a small screwdriver for making adjustments to the device for things like infinity focus.

Build quality wise it would appear to be very good, and although it doesn't quite have the same quality feel as its rival, for the price I don't think I can really grumble. It still looks and feels like a quality device overall.

The EF-M2 is an active lens adaptor, so things like focus and iris can be controlled from the camera, depending on lens compatibility. I have seen that there are even less expensive 'Speed Boosters' on the market, but importantly many of them are not active adaptors like this one (which is the main reason they are less expensive). 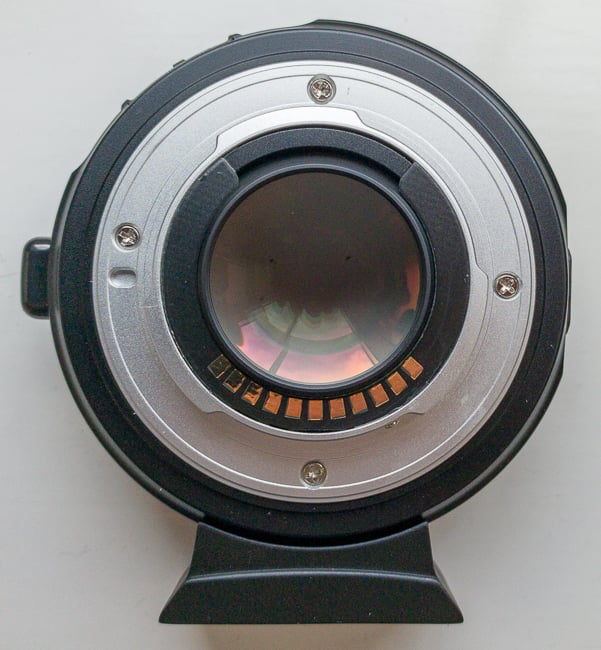 The rear element of the Viltrox EF-M2

I bought the EF-M2 to use with my Pocket Cinema Camera 4K. The fitting of the adaptor to the camera body is very good. When it comes to fitting the lens to the adaptor things go pretty well, although I have noticed with some lenses such as my Tamron 17-50 f/2.8 there is a little bit of play fore and aft on the left side of the lens where the release catch is. I haven't really noticed any issues in use so far, but it might cause problems if you are moving the camera around a lot. Some lenses do seem to fit better in this regard than others. It isn't a deal breaker for me, mainly because this is what you pay for when you go for the market leader. The EF-M2 is a cut price alternative, and so I was not expecting perfection, and tolerances such as this are often where things fall down.

I do want to emphasise though that you have to physically move the lens to see the effect. It most certainly isn't 'rattling around'.

There are a few tests around that show the Viltrox to be not as sharp as other Speed Boosters. So far I can't say that this has been my experience. I have offered an example below taken with a 50mm Super Takumar f/1.7. As you can see, the results are pretty sharp at both f/5.6 and with the lens opened up to f/1.7. There's not much in them. 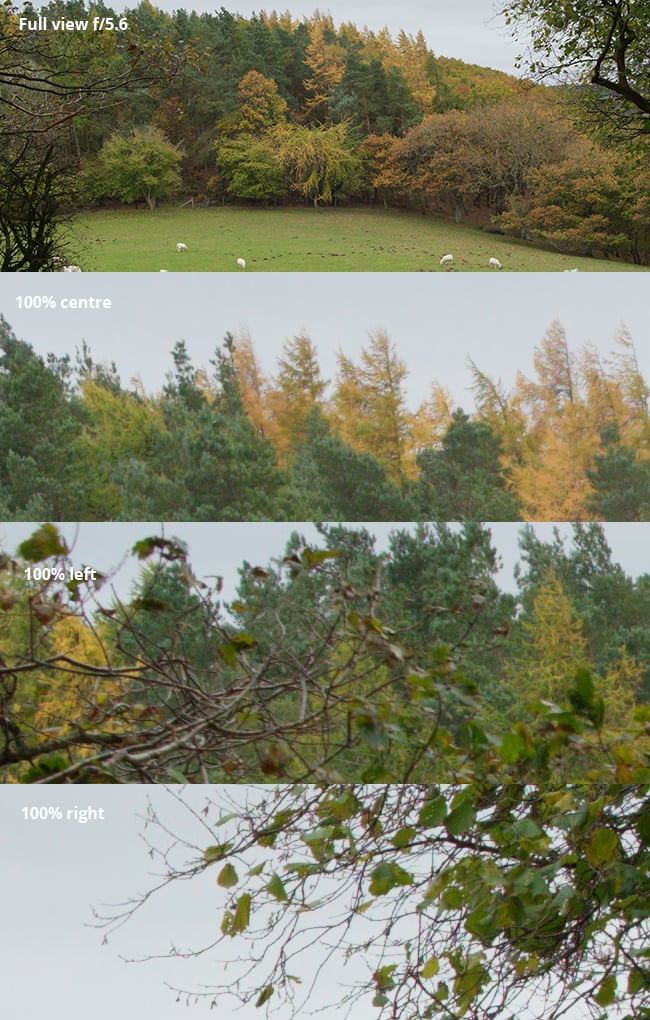 I did find that I had to adjust my adaptor for the infinity focus position when I first tested it. This is pretty easy to do by rotating the front elements and testing. 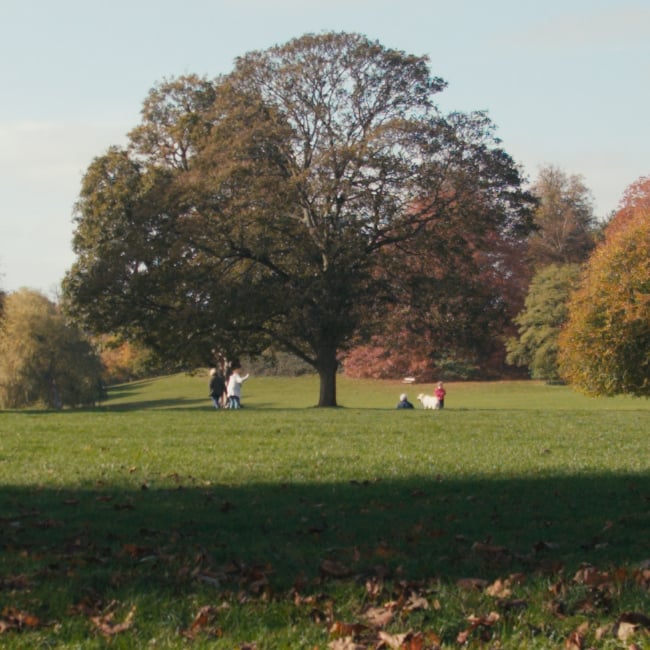 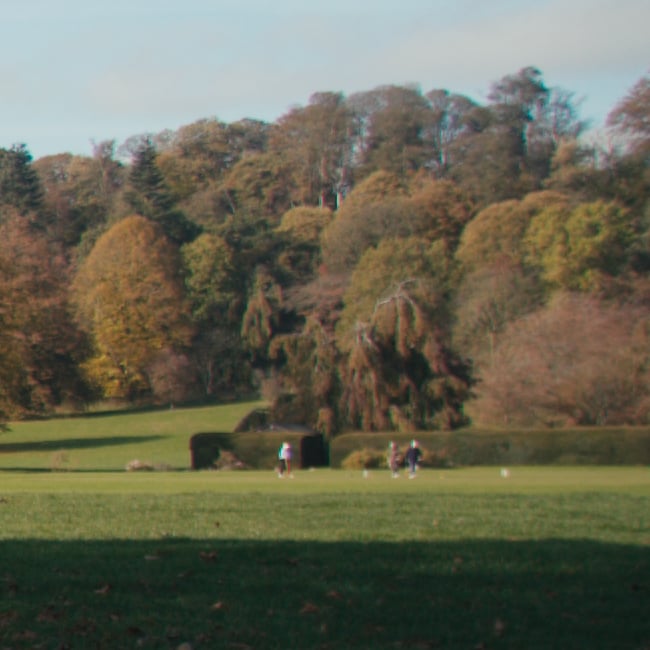 A 100% grab from the same frame, this time to the right edge. Softness is evident, but this is likely to be more the lens than the adaptor

Would I recommend the Viltrox EF-M2? Absolutely, yes. But this comes with some caveats. If autofocus is your thing, I found that I couldn't use the tap-to-focus function of the P4K camera with the adaptor, and there's also the possibility of that small amount of play with some lenses. There have also been reports of excess flaring, although I have not yet experienced this myself despite seeing some examples elsewhere. So if you are doing lots of critical work it might be as well to invest in the Metabones device.

However for myself I have found the Viltrox to work very well. I always focus manually, so the lack of compatibility in that regard doesn't bother me too much. I haven't tested the EF-M2 with any other MFT camera such as the GH5, so I can't say how the autofocus functionality will work with such cameras.

If you can live with this, then the Viltrox EF-M2 is a good investment and will save you quite a bit of money over its nearest rival!