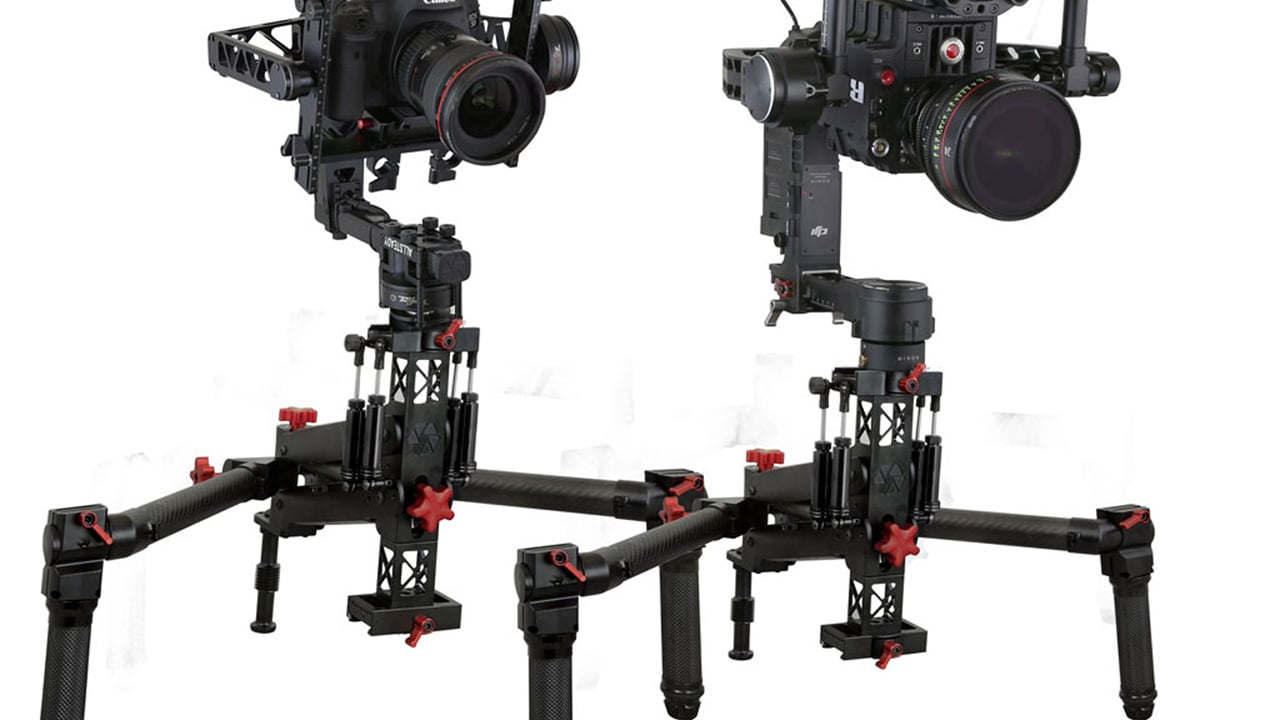 Replay: 3-axis gimbals revolutionised the idea of getting stable shots without any lengthy Steadicam training, but there's a couple of rather sizeable elephants in the room, the need for five axes and full, easy motion control. And there aren't any big leaps being made to solve them.

Gimbals are great. They have given a new sense of production value, even to the lowest budget shoots. Granted, like slow motion and sliders they can be overused, but the fact remains that they allow the types of shot that was previously unheard of. Even on big feature films, gimbals allow the previously impossible, or at least incredibly difficult, to become a reality. Imagine being able to pass the gimbal through a window for instance to another operator to allow a seamless transition as the camera passes through an impossible space. Previously such shots would have needed a specially constructed set. Indeed many a Steadicam shot has been made possible by the covert manouvering of walls and furniture by the crew while out of shot.

But there is a problem with the vast majority of gimbals, and with only a very few examples it is one that has been left to third parties to solve. And not entirely satisfactorily either. The problem in question is the lack of five axes, and it is one huge reason why a Steadicam is still the absolute king of camera stabilisation along with directional control, and is only getting better with new developments in response the rise of the gimbal. 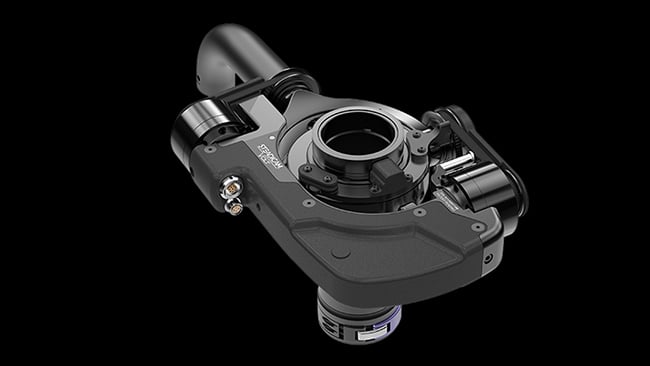 The Steadicam M1 Volt is an excellent innovation that assists and actively helps Steadicam operators maintain a level horizon and/or tilt setting while not removing any of the tactile control available.

Why do we need another axis?

Generally camera gimbals have three axes, all of them correcting rotational movement such as tilt, pan, and the horizon level. This is all very good stuff, and pretty easy to engineer, hence the reason we can buy gimbals for much less than a Steadicam. But although those are the most important movements to compensate for, they are not the end of the matter. Vertical 'bob' and horizontal 'sway' are also essential for a completely smooth movement.

With a Steadicam vertical bob and horizontal sway is controlled and compensated for in two simultaneous ways. Firstly the spring loaded arm isolates out the body movement from the camera. But the operator him/herself also helps to reduce the motion by a specific way of walking as well to minimise any extra movement, as well as very subtle input from the control arm. This is incredibly difficult to do, and it is something that is even harder to do when moving at very slow speeds. Operators such as Charles Papert became very adept and renowned for their ability to perform incredibly slow shots with dolly like smoothness and precision. 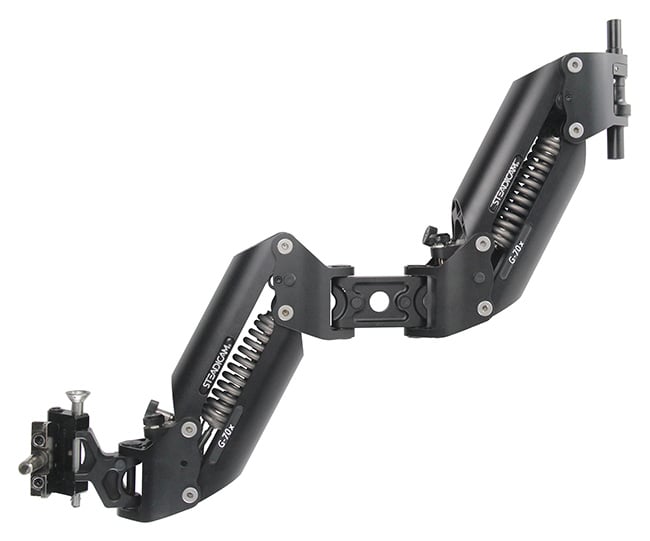 This is the Steadicam G70X arm, currently top of the range of the Tiffen owned system. It'll set you back $16,500, but there's a reason for that. It's a bit more than just a metal body with a spring inside!

A handheld 3-axis gimbal on the other hand relies completely on the operators arm, and I'm afraid that this usually leaves a lot to be desired meaning that most gimbal shots are really just 'smoothed out handheld'. In order to become completely smooth we need those two extra axes to be compensated for.

The trouble is that it isn't an easy thing to do. There are now a very small handful of solutions to vertical bob using Steadicam-like spring loaded arms. The problem with the solutions that I have seen so far is that they are far, far behind the development curve compared to the former device, and this manifests itself in the continued bouncing after movement has stopped.

If you have a good Steadicam arm (and all Steadicam arms are good: it's a manufacturer name, not a generic device despite it often being referred to as such!) and you jump up and down or run, the sled - the thing that the camera is mounted on - should stay pretty much stock still. Once you stop jumping up and down the arm should stop 'rebounding' almost instantly. When you run along the arm should not flap up and down violently. If it does, then there is something wrong, or you have a cheap copycat make that doesn't work as well. Excess flap will manifest itself in the picture as... you've guessed it, bob! 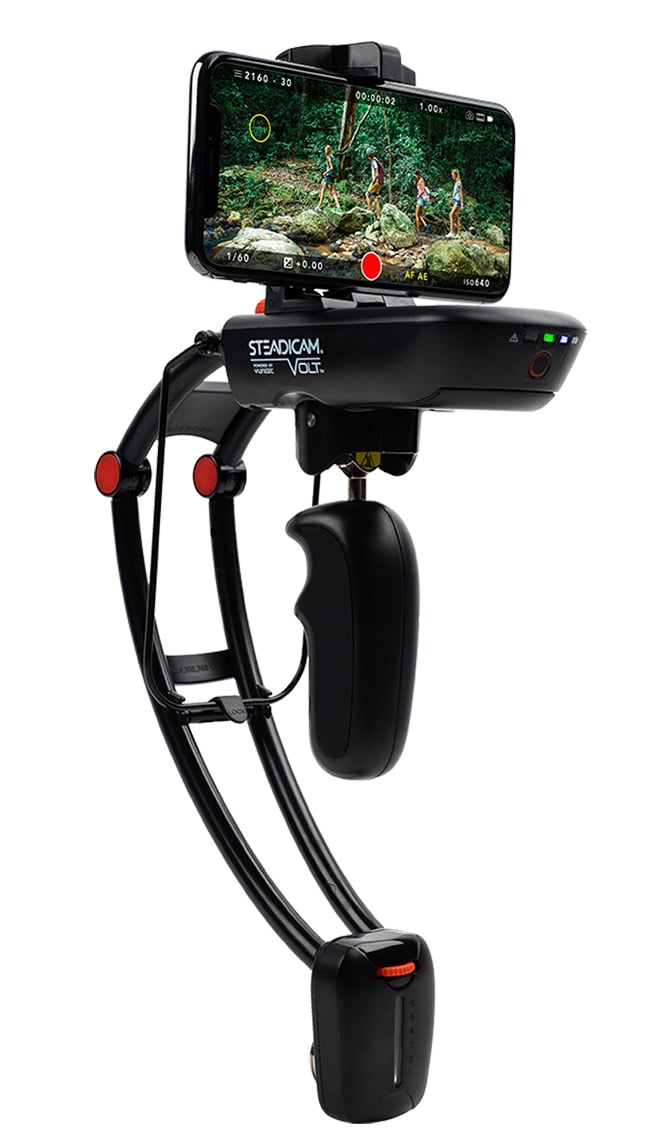 It's a bit like the suspension on your car. If one of the oil dampers fails and you bounce the car, it will keep on bouncing afterwards rather than having the movement dampened. It's a similar thing with a good stabiliser arm. It shouldn't continue to bounce or move.

A Steadicam or stabiliser arm can also be tuned to be completely neutral. The latest Steadicam arms are fully iso-elastic. What do I mean by that? It just means that if I set the camera that is attached to the arm to a certain height level, it will just stay there rather than returning by itself to a set height. The engineering to do this is complex, and Tiffen owns the patents behind it. But it is important to the overall performance and ease of operation.

Compare this to the fourth axis solutions currently available for motorised gimbals. Most of these are very rudimentary "Steadicam alike" arms that protrude out horizontally from the gimbal frame, and have to be held by two hands. They do an okay ish job at isolating bob, but they are way far from perfect, and that's because they bounce a lot, and continue to bounce long after a violent movement has stopped. In addition there is currently nothing to compensate for sway other than the operators own arms.

Solving the problem will involve a lot of engineering complexity, and maybe extra motors rather than just a spring loaded arm. But if gimbals are to truly be a full stabilisation solution, these issues must be solved properly. But there's one more thing.

The Nebula 4500 gimbal from Filmpower is called a 5-axis system, but in reality it mainly compensates for 4 axes even though it may offer some compensation for the 5th due to the indpenedent nature of the spring loaded arms. It's a step in the right direction however.

Another big factor in why a Steadicam is so good is the simple directional control over the camera. It's a fully tactile affair through the fingers of the control arm, and, like most other things in the world of Steadicam, it is extremely difficult to do well. But it is an obvious thing to do, even if you are no good at it. Rotate the central column of the sled for pan, push or pull with your little finger to control tilt. Focus control still needs to be outsourced to another crew member generally. This allows actors to be followed with critical framing, but also allows a lot of versatility for direction changes. A Steadicam operater can, for instance follow an actor in one direction, and then as another actor passes in the completely opposite direction they can turn their bodies 180 degrees while leaving the camera facing in its original direction, but start physically moving the other way. This is a move that is pretty much impossible with a gimbal. At least not easily at any rate unless you want to be pressing buttons mid-shot to change follow modes depending on what happens later in the shot.

With a gimbal, effectively you need another crew member to motion control the camera direction, and yet another to focus control. Most gimbals do have some sort of mini joystick control, but it is rarely accurate or truly useful, or you have to work around the way the camera follows where you are pointing the gimbal itself. Not always convenient or easy.

Instead, on a single handed gimbal for instance, the central column should perhaps have a tactile style 'rotation sleeve' that allows direct transfer of rotational input from the fingers to control pan, and pressure sensitivity to allow control over tilt. It would be a much more intuitive way of control it. This could also be done on control handles for two handed systems. A joystick simply isn't a good solution.

Where there's a will, there's a way, and I'm sure that if the gimbal manufacturers took these issues seriously a solution could be found that doesn't involve bulky spring loaded arms. It might need some sort of extra inertia sensors to pass on information to extra motors, or maybe even a form of belt drive system for the vertical (bobbing) axis so that the motor can compensate rotationally in the same way the other axes do. I'm not an engineer so it's all very easy for me to suggest this stuff without having to come up with a practical solution. What I do know, however, is that a solution really does need to be discovered, because if you want the best stabilisation, thanks to new innovations owning a Steadicam that is much easier to learn to control than the past is gradually becoming a firm reality. Gimbals watch out!