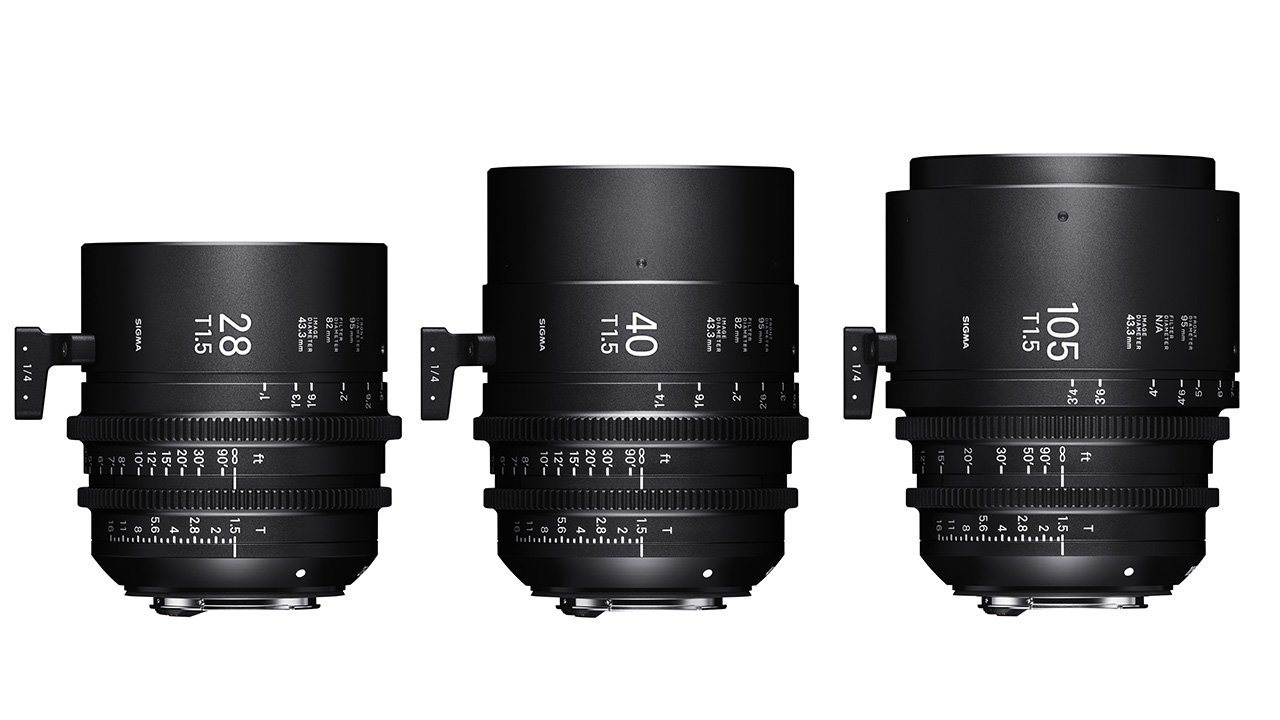 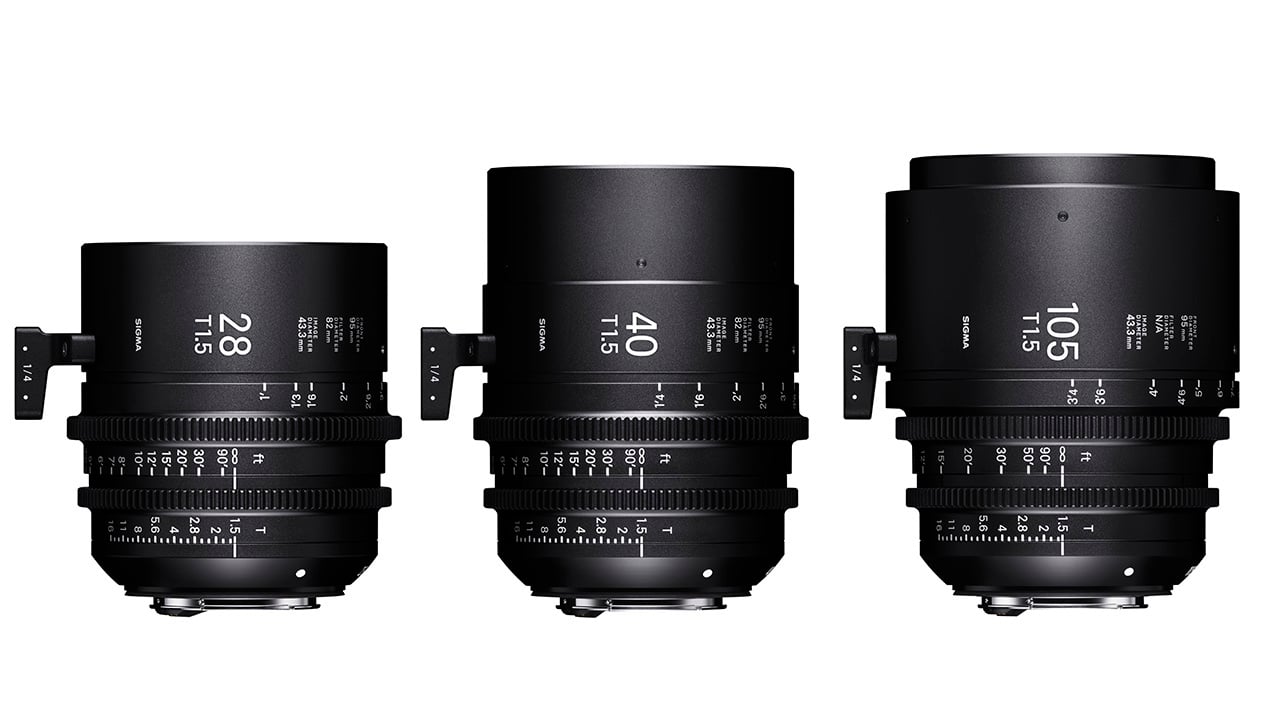 There is a lot of new glass on show at this year’s IBC, starting with three new additions to Sigma’s FF High Speed Prime Line.

Compatible with a full-frame image circle and, says the company, optimized for high-resolution 6K-8K shooting, like the rest of the range they will be available for PL, EF & E-mount and feature a 95mm outer thread and 43.3 image diameter.. They’re going to be drip-fed onto the market, with the 105mm arriving next month, the 40mm by the end of the year, and the 28mm early in 2019. The 105 looks like it is based on its ART range cousin, but the 28 and 40 are entirely new.

The only price yet released is a UK price for the 105 of £4749 (including tax) for the Engraved version and £5649 (ibid) for the Fully Luminous version with its glow in the dark markings. Expect a roughly 1 to 1 dollar conversion.

All three will be at IBC on the Sigma stand and available for test shooting.

Elsewhere, the company has also said that all of its Cine Lens series will soon be available for ARRI’s new large format oriented LPL lens mount, though it does qualify ‘soon’ as 2019 or later, which is an impressive amount of wiggle room.