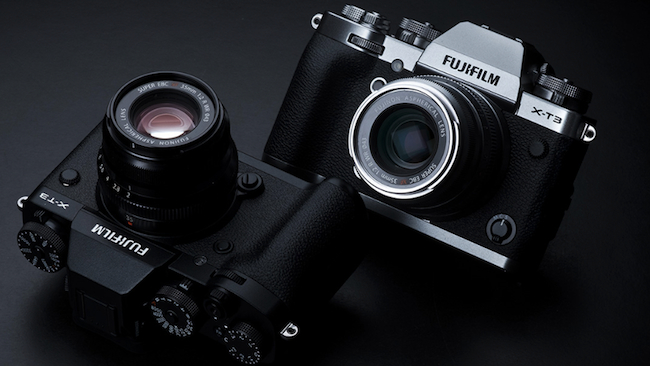 Fujifilm’s new 26.3 megapixel takes 2016’s XT-2 and adds some significant upgrades, including what the company claims is a world’s first of 4K/60fps 10-bit 4K onboard recording.

At this rate, by the time we get to Photokina at the end of September there won’t be any cameras left to announce…

Following hot on the heels of the Canon EOS R, the new Fujifilm XT-3 is an interesting mirrorless digital that looks to be punching slightly above its weight in certain key areas, especially given its projected $1500 price point.

It’s based around a newly-developed back-illuminated 26.1MP X-Trans CMOS 4 sensor and the X-Processor 4 image processing engine, which boosts the unit's processing speed roughly three times faster than that of existing models. It now features 2.16 million phase detection pixels, boosting phase detection AF to what Fujifilm says is almost 100% of the entire sensor. Low-light autofocus limit has also been extended from -1EV to -3EV.

The unit’s ISO160 sensitivity, previously available only as extended ISO, is now part of the normal ISO range, and the ability to track a moving subject has also been improved with blackout-free burst-mode capability. Weight is a meagre 539 grams including battery and SD card. And all of this is very nice, but it’s the extended video recording capability that really catches the eye.

All of which is very cool, though it does mean working with H.264 or H.265. Still, using HEVC allows users to specify a high-quality bitrate of 400Mbps when shooting 4K at 30 or 20fps, otherwise it’s pegged to 200Mbps. The XT-3 also features roughly 12 stops of dynamic range, new noise reduction processes that improves noise at ISO12800 by about 2 stops, and the minimum sensitivity for recording F-log footage has been extended from ISO800 to ISO640. Rolling shutter is down to a reported 10 milliseconds.

Lastly, a firmware update due by the end of the year will add support for HLG recording, as well as giving the X-T3 the ability to simultaneously output Film Simulation video and F-log footage.