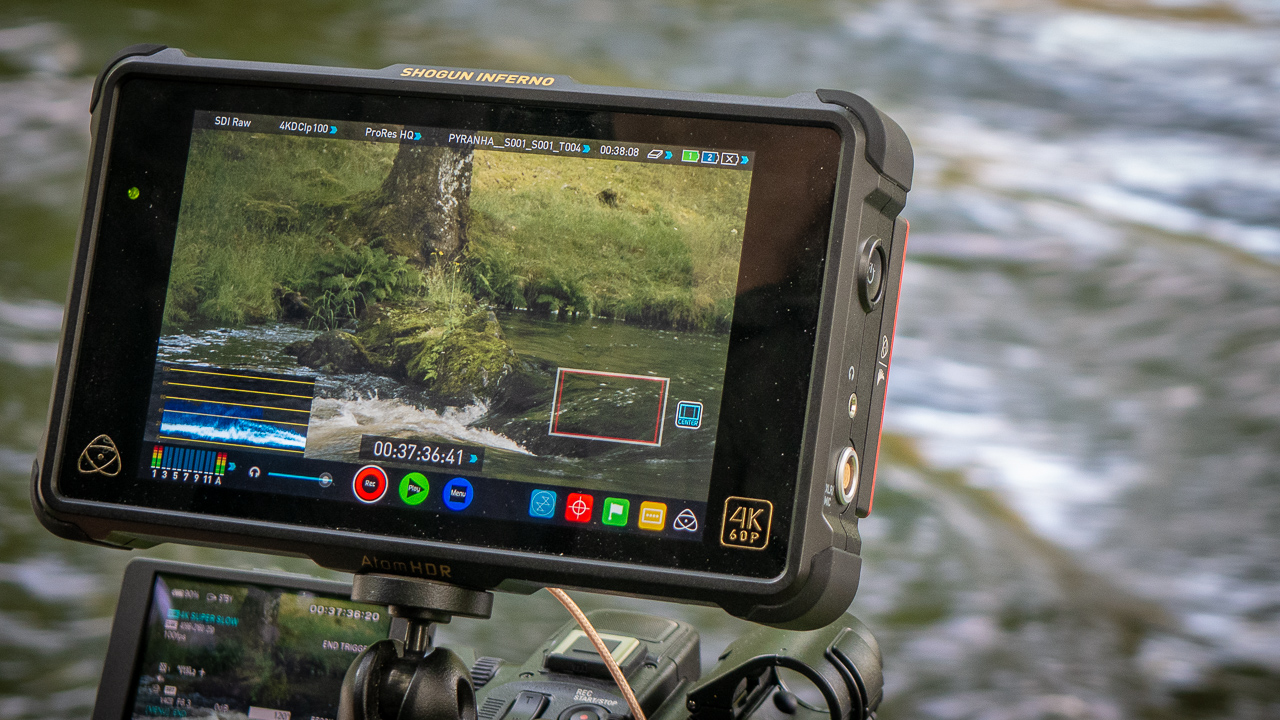 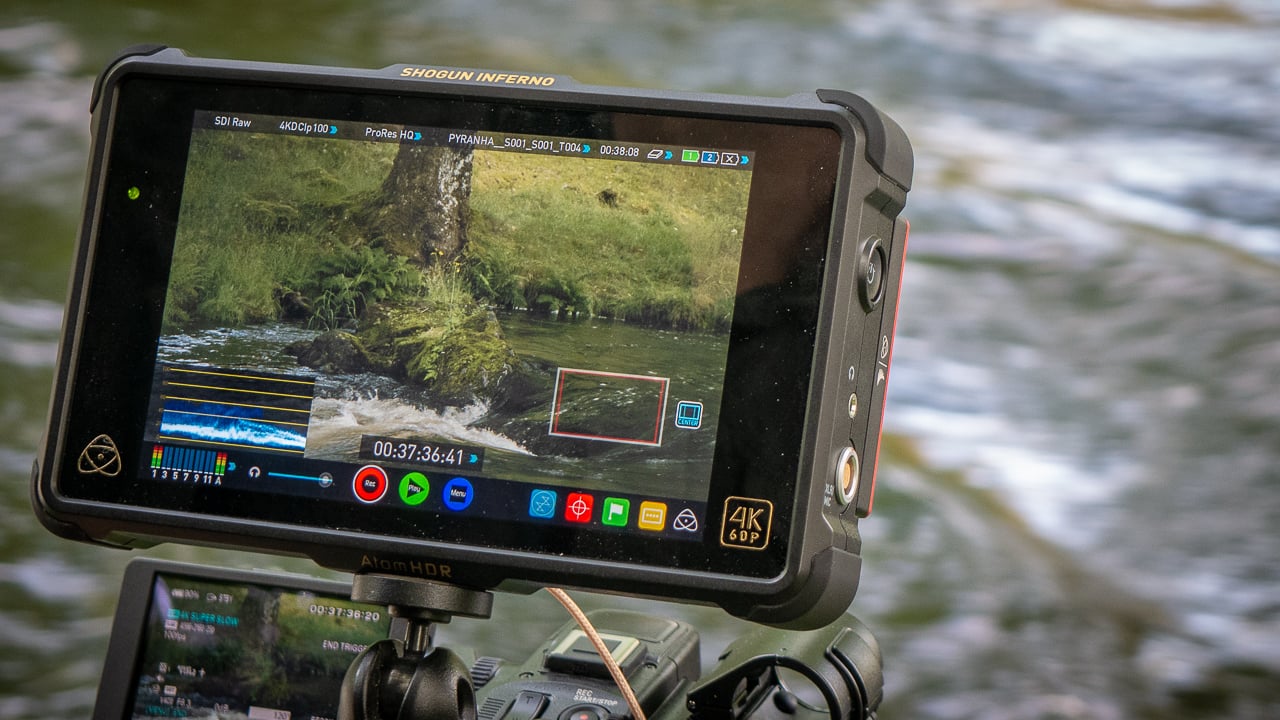 Shooting with a baked in look, whether it's in camera or applying a LUT on an external recorder is an important skill to learn

WYSIWYG filming has become an incredibly underrated skill, and one that is looked down upon judging by some internet critics. But shooting in this way will give you a new way to appreciate skill, as well as saving you lots of time that could be better spent elsewhere.

Recently I reviewed the Sony FS5M2, a camera that I liked very much. A big reason for this was down to its new colour science. Now, opinion is divided as to whether this is a simple LUT or whether it is more complicated than that. This was further thrown into doubt by Alister Chapman’s self developed “Venice LUT”. However my understanding of things is that what is happening inside the FS5M2 is much more in depth than simply applying a LUT to the raw signal. Until Sony give away the technical wherewithals we shall never know for certain.

What is certain, in my eyes at least, is that the picture it produces greatly minimises or even eliminates the need for a grade unless you are wanting to do something creative or whacky.

Back in the day the idea of grading was unheard of. Camera users wanted a device that would record beautiful looking pictures directly to the recording media. The problem then, as it is now despite faster computers and better software, is that grading is an extra step that takes time, and the client does not always want to pay for that.

My FS5 review took some criticism because one reader thought that the new colour and gamma lacked dynamic range. Here’s a news flash. Shooting SDR for SDR output on an SDR display will always be limited in dynamic range. What you can do is make the highlights roll off more pleasingly, and keep the detail and tones more realistic. Which is what the new colour profile achieves.

If you believe everything you see from various internet camera gurus and tech influencers, shooting Log is the only way to film professional material because all pro material is graded isn't it? Here’s another news flash. It isn’t, and it’s a workflow that thousands of video producers around the world try to avoid like the plague. Why? Because it’s a time and cost both they and their clients can’t afford.

Recently a colleague of mine who is in the RAF media division had to shoot and edit a large number of videos for the 100 year celebrations of the service. He was at some very big events, including outside Buckingham Palace, as well as covering the delivery of the first new RAF F35 fighter jet. These were videos that had to be turned around in a very short time, yet they still had to look good. The videos were shot using FS5s, and his preferred Picture Profile for doing this was? The DSLR look one (Picture Profile 2).

I can hear the ‘Logistas’ groaning or even raging at the screen. All that dynamic range he’s losing! All those crushed shadows! How dare he! Well, here’s another news flash. Everyone who saw the footage on the day loved how it looked. And it meant that they could edit and render out the videos looking crisp and colourful without any time consuming messing around. They got it right in camera, were confident it was the look that they wanted, and they went with it. You might not like it, but ultimatately the client, the RAF, did. And that I'm afraid trumps your personal opinion. Sorry.

Yes, yes, I know I’ll be deluged with comments below about blown highlights etc. But do you know what? Most people, and by that I mean normal people who aren't involved in video, are not looking at the highlights. They are simply watching the video for its content. Those blown highlights simply appear to be part of a very bright, hot sunny day to such viewers. For videos such as this you need balanced exposure, and protecting highlights at all cost simply means you end up with either too dark a picture, or if you use a different picture profile, a very flat looking one. You have to balance the exposure for what's important.

So why not film in Log and apply a LUT instead? After all every NLE can do this. The answer is simple. You don’t gain anything at all. It’s an extra step, and it’s more rendering time. If that’s the look you wanted and you want a fast turnaround, just get it right in camera.

You could record footage to an external recorder and use something like Alister’s Venice LUT and lock it in there. After all recording to ProRes HQ etc will give a much higher quality! Okay yes, it may do zoomed in 600% and then graded on top of the burnt in look. But it will also take up much more storage space. And when you are editing on location with very fast turnarounds, that’s not practical. Or at least it helps you to miss important deadlines.

The problem with many armchair criticisms of people who choose to burn in the look while shooting is that often the people making those criticisms have no practical experience of working in such fast turnaround scenarios. If they had, the idea of shooting Log wouldn’t even enter their minds.

A true creative, someone who is confident in their work, will be quite happy to lock in a look on set. Shooting Log and Raw is just another tool. But it is not the only way to do things. As with all things to do with video it depends on your output, budget, and general requirements. If you need to output HDR and need a multitude of other outputs as well and you have the time, then Log or Raw will be a valid workflow, and one that hopefully if you are worth your salt you will be charging the client for.

WYSIWYG will return in force

But here’s the important thing. At some point HDR will become the standard way of shooting. It’s going to take a while for all these SDR displays to go to the recycling bin, but at some point we will only be shooting HDR, and the standards will level out and become more straightforward. And when that happens WYISWYG shooting will have a new life and we can forget all about all this nonsense.

Yes, there are problems with HDR in different viewing environments. But I do not think this will matter one jot, in the same way that lots of people watch SDR in rubbish environments, reducing an already restricted format.

Grading and Log shooting is really for when you want to be creative or you have the luxury of time. Simply filming and applying a LUT is not grading. If you are so unsure about what you are shooting on location that you are afraid of being locked in, you need to learn some new skills. When you can do this, shooting Log and Raw then opens up new creative options as opposed to simply being a confidence crutch so that you can decide on a look later on.

Shooting WYSIWYG can be a very satisfying way to shoot, and if you try it, you never know, you might learn something, and you might even like it!