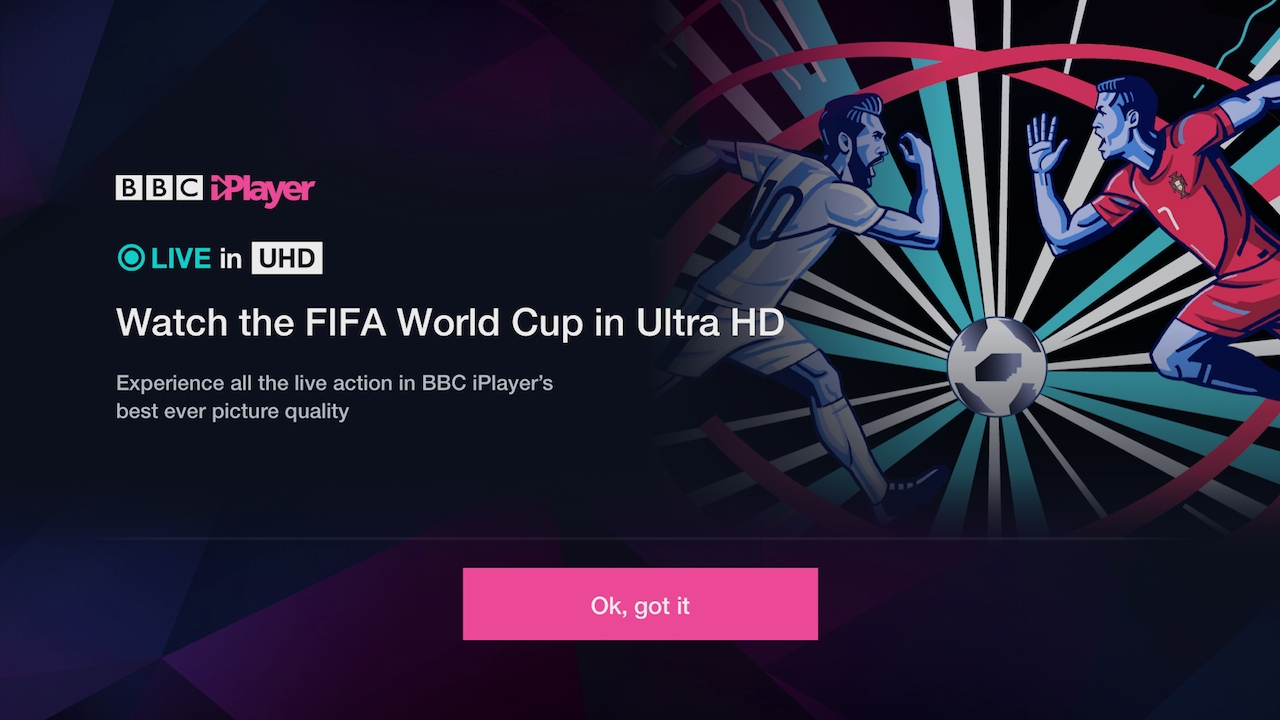 You might have to be fast: the BBC 4K HDR feed will be only available on a first come, first served basis

The forthcoming FIFA World Cup, which starts in a mere two weeks in Moscow, looks like being the most significant tipping point for 4K HDR yet as the BBC joins a growing number of broadcasters planning to show games in the format.

What a difference two years makes. In the run up to Rio 2016, Olympic Broadcasting Services said it had no plans to offer a world feed in 4K from the Summer Games as there just wasn’t the interest from broadcasters in the format. In fact, we ended up in the distinctly odd position of more 8K being captured at the Games than 4K, thanks to tests being undertaken at the time by OBS and NHK.

No such muddle this time, with all 64 games from Russia 2018 being captured in 4K HDR. And there is a lot of interest worldwide too, with a growing number of broadcasters from Israel to Indonesia planning to show the matches either via IP or satellite.

The BBC is the latest broadcaster to announce its plans, and arguably it is the most interesting of the lot, partly because of the limitations it is placing on the service.

All 29 of the matches it will show (it shares the load with commercial UK broadcaster ITV) will be available to stream in 4K HDR through its iPlayer service, but only on a first come, first served basis. Quite how many people it will be limited to is, as yet, unknown, with only a nebulous ‘tens of thousands’ figure currently being offered up. To gain access, viewers must be among the first to click on the relevant home screen button just after each stream starts.

It is not the first time the BBC has show live sport in the format. Back in April it screened a rugby league match between York City Knights and Catalans Dragon, as well as the second half of the FA Cup final between Chelsea and Manchester United. That last project will have been interesting, the Corporation already stating that it had configured all of its 76 UHD cameras to capture the Royal Wedding earlier in the day in HLG HDR

The Wedding, of course, was broadcast by Sky via its 4K satellite system, so this marks the first time the BBC has provided any advanced publicity about a 4K HDR live event. Demand will therefore be significantly higher, which will explain the limitation on viewer numbers. And it will be interesting to see how both they and demand flexes over the tournament’s month-long progress.

Two more things. First, there are also plans to offer live VR of 33 games via a dedicated app to be made available closer to the time on iOS and Android, as well as the Gear VR, Oculus Go and PlayStation VR headsets. This will allow users to switch location to get the view from a "luxury private box" on high or from behind either of the two goals.

More interestingly, High Frame Rate is also on the cards, the iPlayer stream also bumping the coverage up to 50 frames per second from the usual 25.

48 years after the first colour World Cup and 12 after the first Full HD one, the mainstream looks like it’s slowly moving on again. Quite how quickly we’ll know more about once the tournament is over in the middle of July.