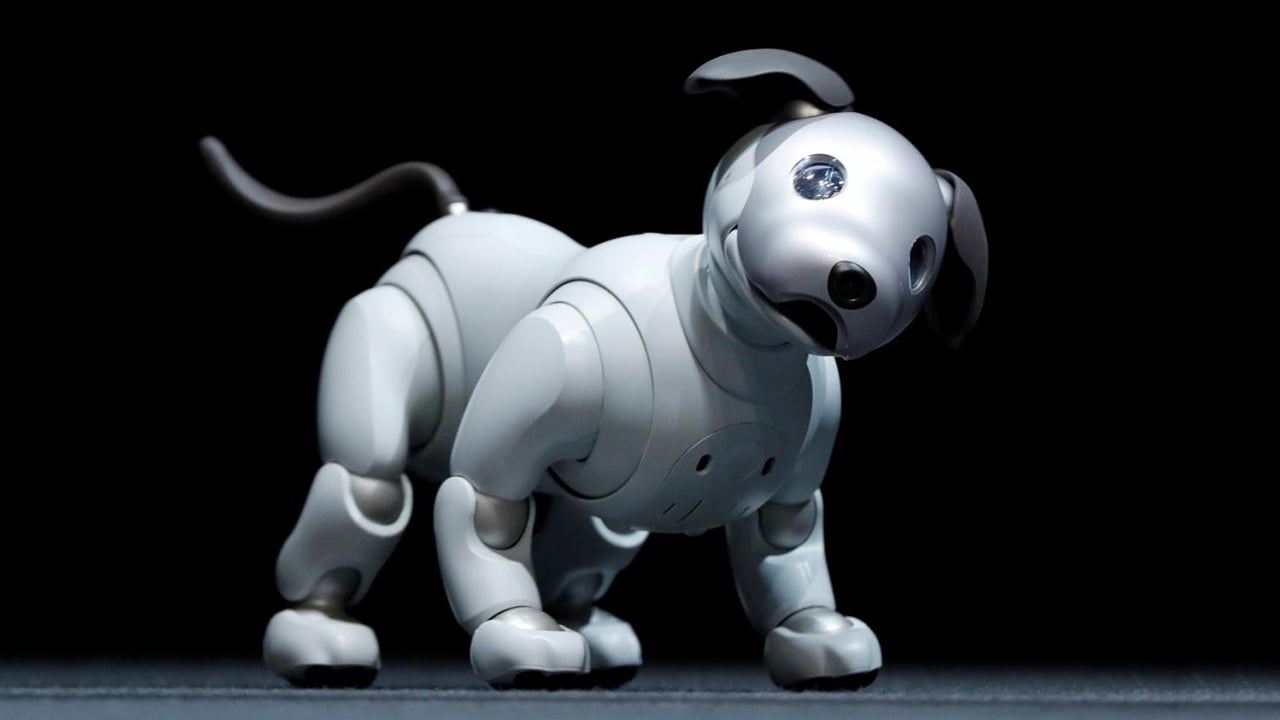 It’s not just traditional media that needs to reinvent itself in the face of competition from web giants. Big tech too needs a reboot if it’s to survive Silicon Valley’s hi-tech take-over and Sony is doing that with a dog.

Not just any dog of course. Aibo is the robot pooch which was put down in 2006 aged just seven, only to be brought back from the dead late November as a symbol of a revitalised corporation that just a few years ago seemed to be headed for the scrap yard.

What Aibo Mark II has that its predecessor did not is the apparent ability to bond with its human owners, and it’s able to do this because it’s stuffed with intelligent sensors.

According to Sony, these include “proprietary ultracompact actuators”, deep learning technology for sensing and analysing images and sounds, and unique AI technology that connects Aibo to the cloud.

It is the image processors needed to extract information from the environment which have emerged as essential to Sony’s future.

It just announced it will spend 1 trillion yen ($9 billion) on image sensors between now and 2021, saying that having a lead in sensors is crucial for massive emerging technologies like self-driving cars and artificial intelligence.

According to banking group and analysts Macquarie, Sony already owns half of the global market for smartphone imaging technology.

While Sony’s own smartphone business has shrunk (sales fell from 33 million units in 2012 to just 14.6 million last year), the firm has managed to beef up its imaging sensor business – a technology which is becoming as vital as the system on a chip (SOCs) at the heart of all smartphones - and that includes Apple which now buys Sony sensors to put in the iPhone.

In 2016, Sony bought into US-based AI startup Cogitai and established a venture capital fund to build partnerships with researchers and startup companies in AI and robotics.

It recently began development of a self-driving prototype known as ‘New Concept Cart SC-1’, equipped with 360-degree image sensors on all four sides of the vehicle. These ultra-sensitive image sensors are intended to combine with the internal high-definition displays to give the driver an unobstructed view, even when driving at night without headlights and in fact eliminating the need for windows altogether. Imagine that?

Sony have. By placing high-resolution displays where the windows would normally be, the SC-1 can display all manner of images or video to passengers, it says.

Sony’s claim for this new image sensor technology is that it can capture information about its environment faster, more accurately and more precisely than the human eye.

He’s the new boss at Sony, taking the job in February, after the previous chap, Kazuo Hirai, had by all accounts succeeded in rescuing the company from the brink of ignominious sale.

It lost more than $3.5bn in 2012 and had to write off nearly $1 billion at its movie studio Sony Pictures in 2016, but by axing product lines like the Vaio PCs and lithium batteries for phones and focusing on the Playstation (which still makes a quarter of its business), Sony made $6.3bn revenues last year.

One trillion yen isn’t peanuts. But Sony’s deal to buy a stake in the company behind Snoopy and Charlie Brown is. It now owns a 39% chunk of Peanut Holdings (with the relatives of cartoonist Charles Schultz retaining 20%) as it seeks to expand into content for kids.