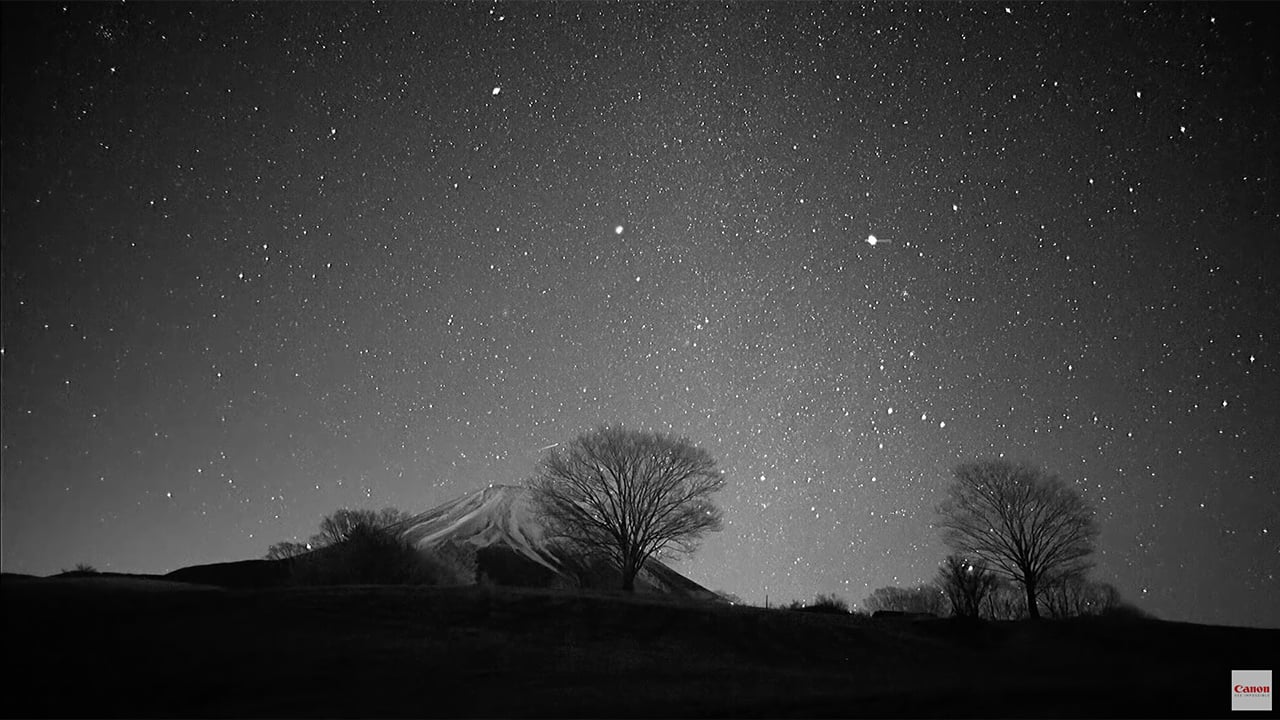 Canon reasserts itself as the masters of low light imagery

When the Canon ME20F-SH was unveiled it wowed us with its incredible low light abilities. Now Canon has gone one step further and increased the ISO of the chip and given it the ability to record at 100fps. Low light shooting never looked so good!

The biggest prize in natural history filmmaking is to capture animal behaviour in a way that's never been done before. So, when Canon released a specialist low light camera, the ME20F-SH with an ISO rated over 4 million, in 2016 there was a bit of a rush to get hold of one and take into the wild.

Bristol-based producer Offspring Films, for instance, went to the remote Indonesian jungle to film the eye-opening behaviour of nocturnal Tarsier monkeys in their natural habitat. The cinematographer, Mark Payne-Gill had first used the camera for the BBC’s Stargazing Live. He again used the camera to capture the remarkable Elephant shrew, one of the world’s fastest mammals with a recorded speed of 28kmph. Since it too is a creature of the night, the traditional way of doing this would be to use infrared imaging but using the colour Canon camera not only gave him and Offspring totally unique night time footage but it lent the sequence a much more natural look.

Another indie, Off the Fence Productions, used the camera to film elephants in Botswana in next to zero ambient light conditions and pulled it off.
That was then. Canon has just improved the sensor at the heart of the camera to yield an astonishing sensitivity of ISO 4,560,000 and at 100fps, trumping the 60fps ability of the ME20F-SH.

Accompanying news of the sensor – and let’s be clear there is no new camera housing the chip at this point – Canon published footage of the moon and stars (naturally) and of a waterfall shot for comparison at 30fps and 100fps. Well, there is no comparison.

The chip is called the 35MMFHDXS and it’s based on the same 2.2-megapixel full-frame one as in the ME20F-SH but what Canon’s engineers appear to have done is boosted its performance in a number of ways.

Aside from simultaneously being able to deliver high sensitivity and high speed the sensor’s pixels and readout circuitry “employ new technologies that reduce noise”, which tends to increase as pixel size increases and an issue which truth be told did dog the photography of Payne-Gill requiring a dial down of the ISO on location.

High sensitivity and increased well depth have been achieved through a larger pixel size of 19µm x 19µm (square) with “proprietary device design technologies”. The 35MMFHDXS CMOS sensor is available in RGB or Monochrome and it has an aspect ratio of 16:9 and is designed for use with a rolling shutter.

Canon itself thinks the tech is best used for nighttime wildlife productions, deep underwater imaging that require no lighting whatever, certain astronomical shoots, unique documentary productions, and many forms of surveillance imaging.

Now all it needs to do is pop the thing in a camera – the EOS C300 Mk II please.

Also debuted from Canon is footage from its 120 MP CMOS chip with a retina burning resolution of 13280 x 9184 effective pixels. That’s about 13K or in old money the equivalent of sixty times the resolution of HD. The image showed how the video holds detail even while zooming which is impressive, or scary depending on your view on CCTV.