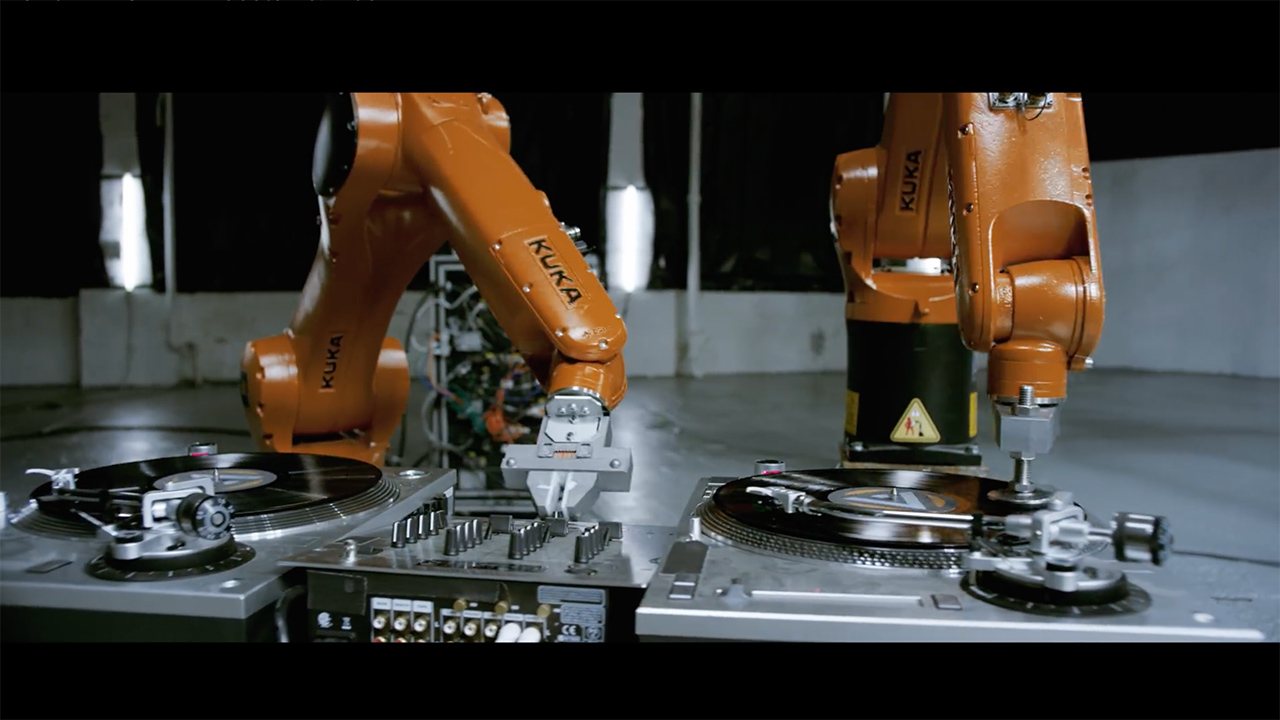 Replay: Automatica for the people! See just how much dexterity industrial robots have in this music video by Nigel Stanford.

When we see the amazing things that robots can do for us, be it making cars, or building microchips, it is easy to take them for granted. Last year musician Nigel Stanford made this incredible music video, from his album Automatica, and it shows just how dexterous and versatile industrial robots can be. In this case the robots made by KUKA.

Made last year, Stanford apparently knew nothing about robots before he embarked on the project. Each movement had to be programmed individually by him and tested repeatedly. Such robots are not straightforward to program. Of course it would have been easy to fake all this with the use of CGI, and it would have been a lot cheaper, too. But clearly Nigel loves a challenge, and so these robots are playing the instruments for real, as you can see from the behind the scenes video at the bottom of this article. Aside from the time taken to program the machines, the detail of the movement is also quite staggering, such as the gentle way that the arms pull back after playing notes on the piano. Sit back and enjoy!

But it doesn't stop there. KUKA itself has made some promotional videos that demonstrate just how finely the movements of these robots can be made, such as in this incredible glass ringing video.

More information about the Automatica video can be found on Nigel's website.