Spectacular slow motion is now available to all, and that's a very good thing indeed 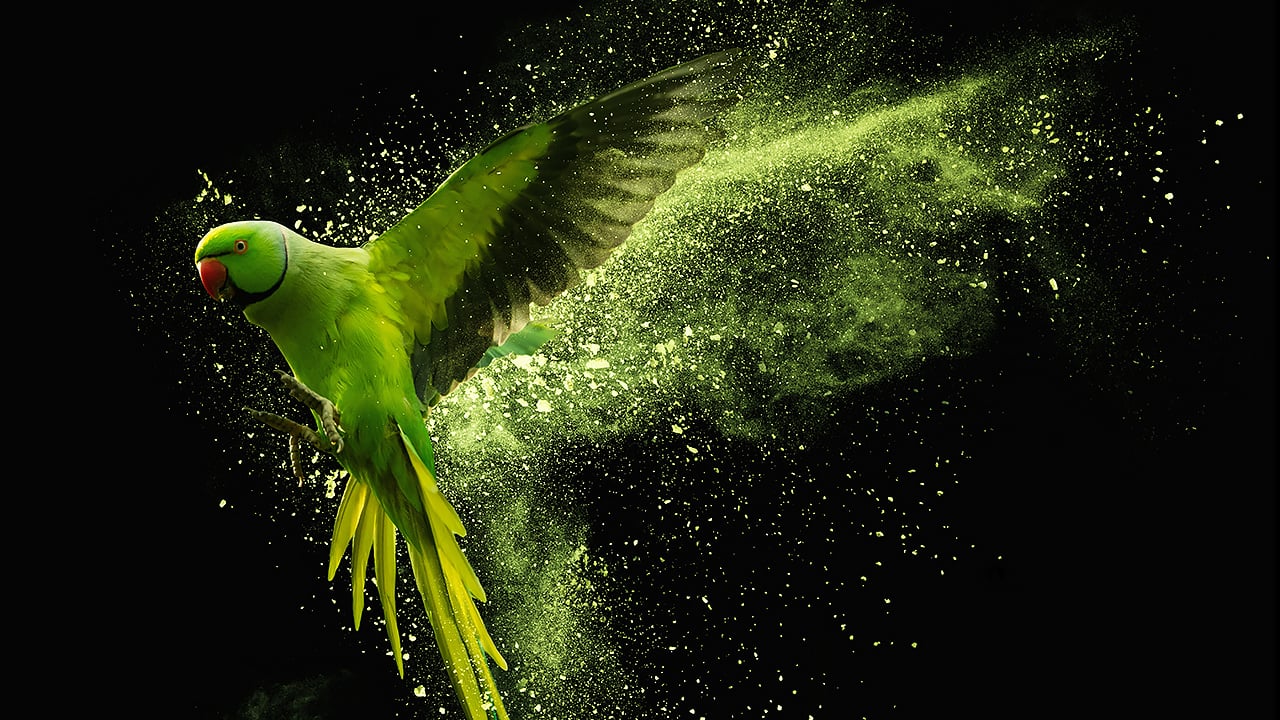 Once the sole preserve of film cameras, slow motion was once inaccessible to all but the best budgeted productions. Now it is available to all. We chart its rise through the world of video cameras.

There has never been a better time to be a camera owner. We are now used to video cameras at all levels of price range being capable of shooting some very cinematic imagery, right down to the most inexpensive ones such as GoPros.

When many video camera owners were striving to achieve the 'film look' using all sorts of weird and wonderful methods such as ground glass adaptors, and then eventually DSLRs, there was one other thing that film cameras did very well indeed that video cameras simply could not even begin to encroach on. Slow motion.

Film look was one thing, but for a long time decent slow motion eluded pretty much all video camera owners, unless they were be lucky enough to to rent a Phantom. Vision Research formed in 1992 to focus on high speed cameras, but none of this technology really filtered down in the usual way to enable the average Joe Bloggs to film decent slow motion.

Film could also perform 'under cranking', a method most famously used in Hong Kong cinema for helping with fight sequences resultanting in an action scene that had more speed and power. Again, something that was not possible in a video camera.

We take slow motion for granted now. In fact when the Sony NEX-FS700 was released Alister Chapman predicted that slow motion would now become the new time-lapse. He was right.

However back in the dark ages of pre-2006, if we wanted slow motion there was only one tried and tested way to do it. Film in either 50i or 60i, and then get the NLE software to set the clip to half speed, while de-interlacing the footage. This had the effect of line doubling each alternate field on each frame, resulting in smooth slow motion. But at the expense of half the vertical resolution. Hardly ideal, but it was the best that could be done at the time.

And then the Varicam happened. Although by no means what you could term 'affordable', Panasonic's original 3CCD 2/3" chip tape based Varicam, or AJ-HDC27 to give it its official name, became a staple of the BBC wildlife unit, with its ability to record 720P imagery at up to 60fps, along with a very film like aesthetic. To many camera owners it became an icon. Just like a film camera it was possible to perform live speed ramps in-camera. It paved the way for what came after it, showing as it did that there was a viable digital camera alternative to S16mm film. It could even cut in with 35mm footage, as seen in the original Blue Planet television series. It was a clever camera. The tape mechanism always recorded at 60P no matter what framerate you chose to use, so to extract the different frame rates required some fiddling in post such as using the AJ-FRC27 frame rate converter. But regardless, it was a ground breaking system. 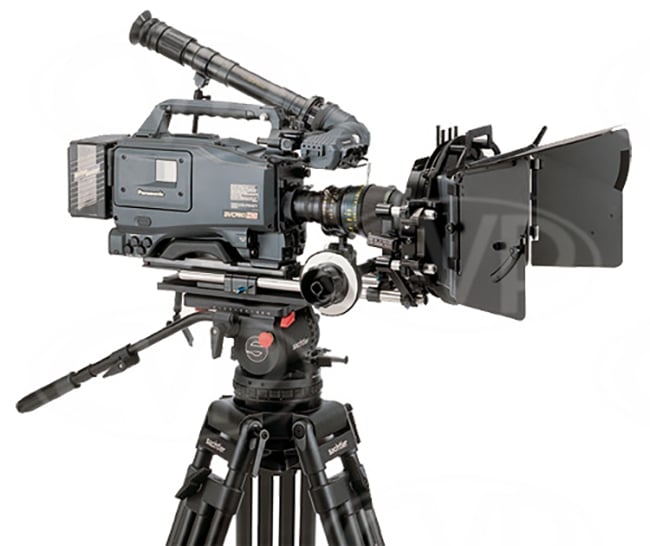 The AJ-HDC27 Varicam was an exceptional camera, but it was hardly one that the average video production company could afford other than for one off rentals. In late 2006 that was about to change.

The first truly accessible cameras that had a completely flexible frame rate setting were Sony's EX series. The EX3 was like owning a mini solid state Varicam. With a dedicated rotary dial on the side of the body, it could have any frame rate dialled in to within 1fps between 0 and 60. Therefore both slow motion (over cranking) and fast motion (under cranking) were available on tap. And although the EX1 also had this feature, it wasn't as immediately available as that lovely blue glowing dial on the EX3.

At the same time Panasonic had its P2 based HVX-200. Both camcorders allowed their owners much more ability then ever before to obtain some sort of slow motion, albeit with a 60fps limit at 720P. 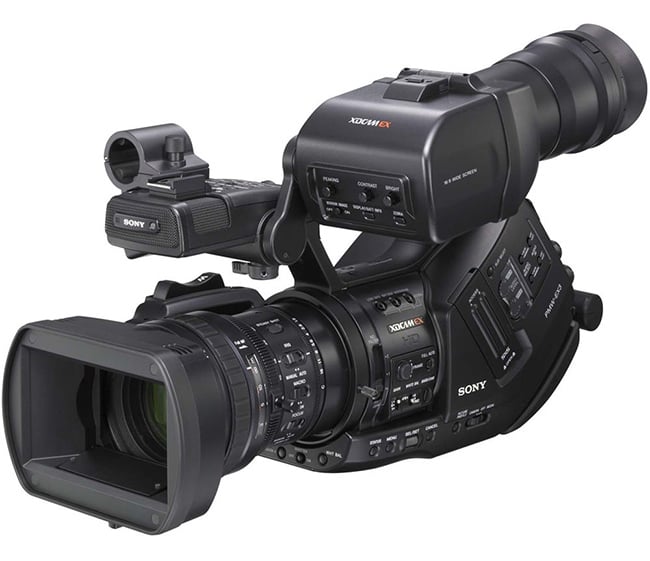 And there, ironically, developments moved at a very slow pace. The best anyone could expect it seemed would be 60fps at 720P. Accounting for the fact that some HD television channels actually broadcast 720P at 60fps - you could even record such footage with sound perfectly well with the EX series - so the slow motion functions were not all that spectacular in reality. But they made us feel good in that we could see instant slow motion results in-camera when we were in 24, 25 or 30P modes.

It wasn't until Sony released its FS700 that the general production community, and university media/film students with a big loan to blow, could buy a video camera that broke this record. The FS100 helped things along by giving the 'affordable' world 1080/60P, which was obviously an improvement, but it wasn't what people truly wanted. I grabt you that Sony's tape based HVR-V1 had an ultra slow motion mode, but the results were absolutely terrible and it wasn't usable for anything other than curiosity value.

The NEX-FS700 on the other hand gave us 1080P recording up to the dizzy heights of 240fps, and up to 960fps at reduced resolutions. It wasn't continuous recording, at least not when recorded internally to SD cards. The camera buffered the shot in short bursts and pressing the record button wrote the footage to the cards. The PXW-Z90 I recently reviewed also works this way.

Althoguh only a short burst could be captured, it was worlds away from anything that came before. We now had an affordable slow motion platform. Even better was to come when Convergent Design announced that their Odyssey 7Q external recorder would support continuous 240fps recording in RAW, and 120fps RAW in 4K for short bursts. This was what the production community had been waiting for.

The cat has been let out of the bag

The cat was out of the bag, and now any professional camera worth its salt would need to produce some sort of decent slow motion to be a real contender. And it's getting better with higher frame rates at higher qualities becoming much more commonplace. Even our smartphones are now capable of very decent ultra slow motion and the latest GoPro Hero 6 can record 120fps in 2K modes, and up to 240fps in 1080, albeit with a small amount of resolution loss.

The fact that this is even possible in such tiny cameras at such low prices is testament to how sensor technology has come along. While we laud about the extensive dynamic range available and the various gamma curves, it is forgotten just how much things just have progressed to allow such frame rates to be recorded reliably and without over heating or excessive power use.

Some say slow motion is now over-used. But I think we it has gone beyond being a novelty now, and content creators are using it more effectively. Slow motion done well does make things look good. There is no denying that used properly, slow motion can be spectacular. And now it is available to pretty much everyone at every tier of production. Sony's latest PXW-Z90 shows that speeds of up to 1000fps are now easily available at usable resolutions and definition. Give it a few years down the line and we will most certainly see cameras performing these high speeds without loss of resolution. Speaking solely for myself, I cannot wait.