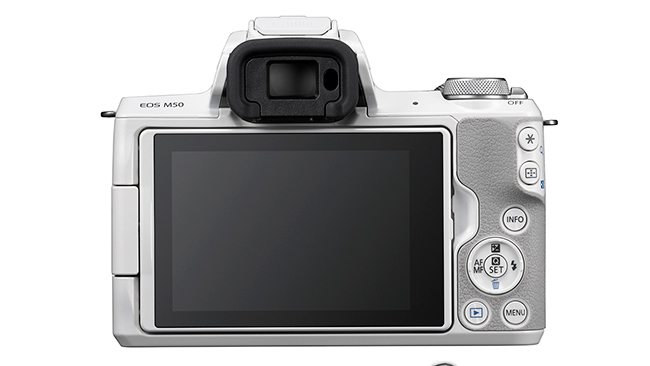 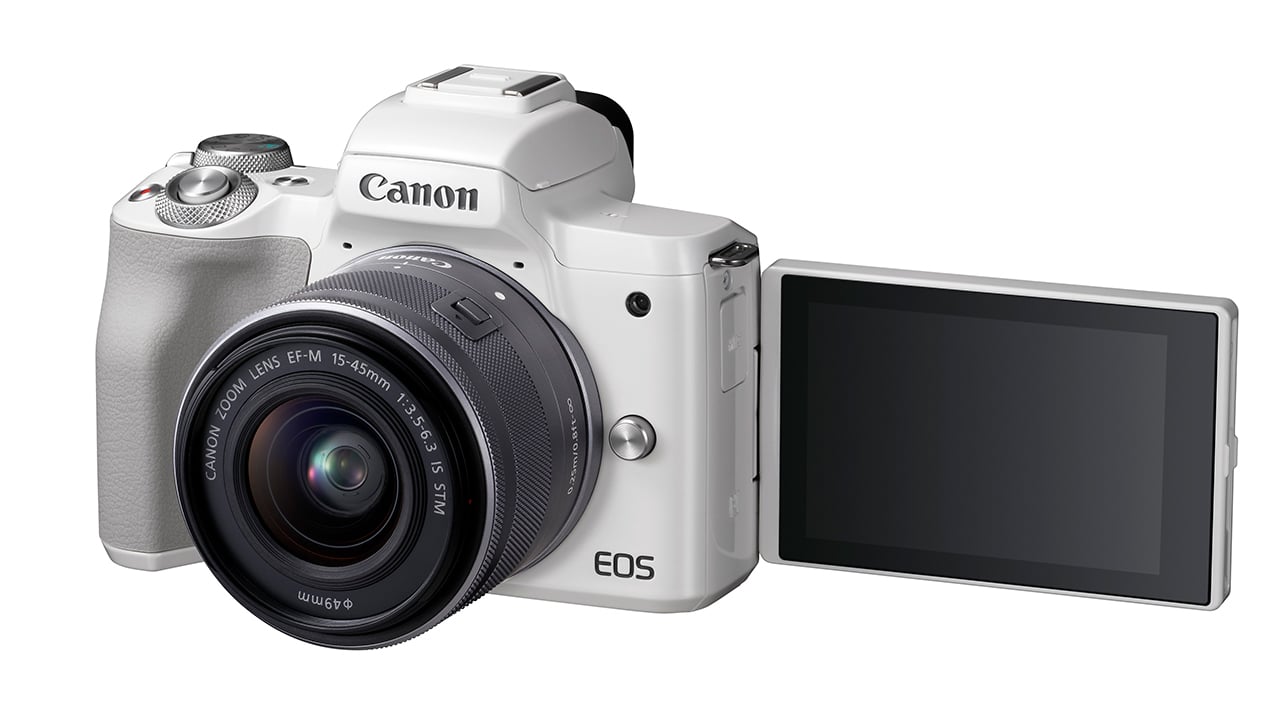 It has to be said that the stills camera market isn’t what it used to be. With smartphone cameras becoming so good that they are encroaching on many facets of the market, particularly amongst younger users.

Meanwhile the DSLR has a bit of an image problem, if you’ll pardon the pun. For serious photographers there is no substitute for a chunky camera with an interchangeable lens mount. However such a market is a relatively niche one. And for many every day users not wholly experienced in the world of photography, and who want to take photos of their travels or a day out, the DSLR appears unwieldy, and dare I say it, difficult to use.

But now Canon wants to change this. Mirrorless cameras are becoming a dominant force in the world of stills photography. They allow a smaller and lighter body to be combined with the advantages of DSLR style interchangeable lens capabilities. And thus Canon has today announced the EOS M50.

The Canon EOS M50 is squarely aimed at users who have become adept at using their smartphone cameras, but could now perhaps do with something more capable, yet still very user friendly. 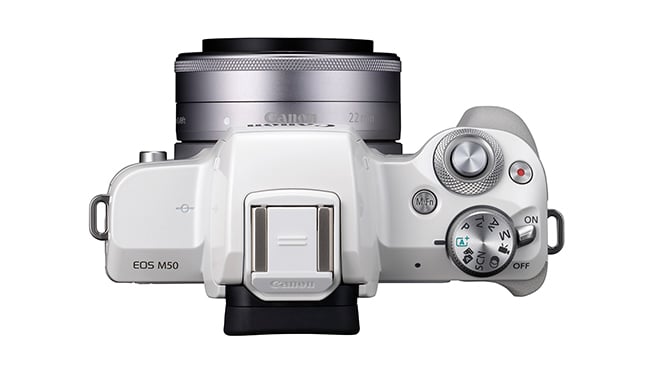 Canon claims that the M50 puts DSLR quality into a compact body small enough for easy travel. The camera features an APS-C sized sensor packing 24.1 Megapixels and capable of continuous shooting at up to 10 frames per second, or 7.5fps with continuous autofocus enabled. A maximum ISO of 25,600 also features, although it remains to be seen just how useful this is in practice, but Canon claims that sharp images are still possible. The processing is taken care of by Canon’s latest DIGIC 8 system.

The body of the M50 houses a large touch screen LCD, which can be placed at pretty much any angle you desire. The social media intentions are made clear by the mention of the ability to easily take selfies or self shot vlog footage. Touch and drag autofocus means that selective focus is as easy as, well, touching the screen where you want it.

Interestingly Canon says that the camera features a new 14-bit CR3 raw file, as well as a C-RAW option that saves full resolution raw files with a 30-40% saving on storage space.

The M50 is compatible with almost all of Canon’s lenses, both past and present, which includes the newer EF-M models as well as traditional EF and EF-S glass with the use of an adaptor. A hot shoe also features giving compatibility with the Speedlite range of flashes, and a 3.5mm mic input allows simple microphones to be used for the aforementioned vlogging. 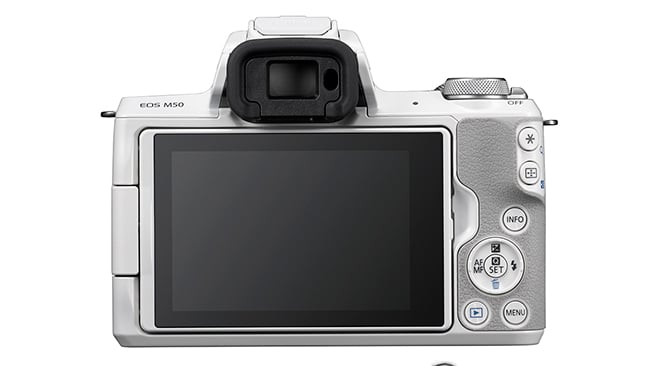 Further enhancing its intentions for the camera to appeal to the social media crowd, the EOS M50 is designed to connect easily to any smartphone using a simple app. According to Canon the app maintains a low power Bluetooth connection which allows the phone to wake the camera up with functions such as remote triggering or live view shooting. Photos can be transferred from the camera to the phone to allow easy sharing on sites such as Facebook etc. It has never been easier to share ultra high quality photos of your cat or your dinner.

Images can also be transferred to the cloud directly from the camera and stored on Canon’s Irista service, or transferred wirelessly to any PC or Mac with the Image Transfer Utility 2 app.

The EOS M50 is available for pre-order from today (26th Feb) and will become physically available from March.