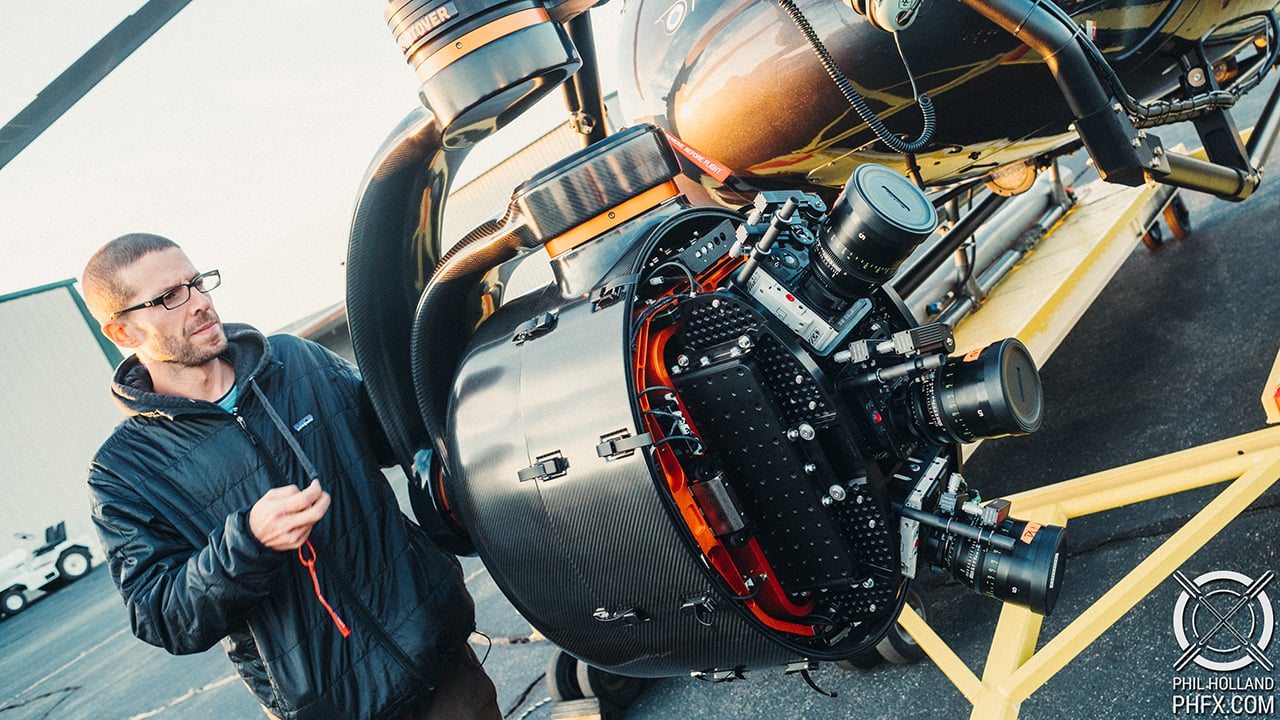 Not a futuristic ray gun, but three RED Monstro cameras in a panoramic array!

What’s better than one Red Weapon Monstro 8K VV camera? If obtaining large-format IMAX quality aerials over New York is your aim, the answer is three of them of course!

It would seem that not a week goes by when the distinct advantages of more pixels is driven home to us. From reducing aliasing to a level that is imperceptible, through to the freedom to crop and adjust. When it comes to the latter the received wisdom is usually that we should just obtain the correct shot in the first place. But such suggestions do not take on board the flexibility needed to perform optical corrections for the lens or perspective distortions. All things that stills photographers take for granted because of the excess resolution that their cameras capture, but that motion picture editors often struggle with because resolution is at a premium.

To be able to perform such corrections and still have a highly detailed, usable picture that can be shown at large sizes on a 4K screen is one thing. But if you want to go even larger then you are going to need some serious heft in the imaging department.

Recently DP Phil Holland was asked to film some aerials of New York using a SHOTOVER K1 Hammerhead 6-axis gyro. This is one serious piece of kit that allows three of the Monstro VV cameras to be aligned and perfectly stabilised in a panoramic array to obtain over 100MP of picture.

I won’t delve too much into the finesse of the set-up, which I will leave to Phil’s excellent BTS article, suffice to say that the RED camera made things fairly straightforward with its genlock capability via the JETPACK SDI module. 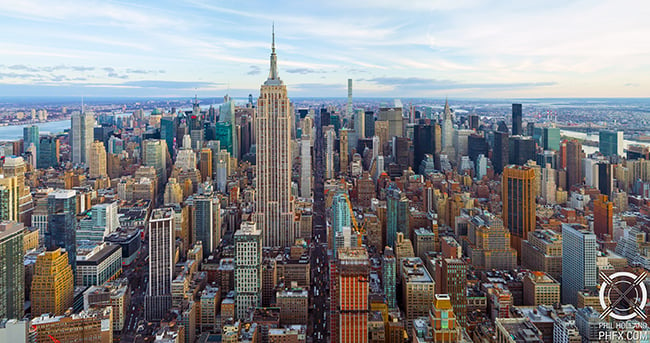 One of the final sitched aerial shots with lens and perspective correction - Phil Holland phfx.com

Three SmallHD displays were used in a vertical orientation (the cameras were also mounted in this fashion) giving the correct, or close to correct aspect ratio. Phil reckons that the image plane was approximately 60x40mm, similar to a 645 stills camera, with the three 35mm prime lenses used giving a final FOV equivalent to a 10mm lens on Super 35.

The final stitching involved some overlap, cropping, lens and perspective correction, with the final piece ending up as a DCI 1.9:1 aspect at 12K, although this was then down sampled to 8K.

From the work that Phil has been doing with 8K resolutions, it is abundantly clear that working with resolutions above 4K provides creative opportunities that are simply not available from shooting from the beginning in the intended final output resolution. From my own perspective certainly I have seen enough compelling evidence for the use of these ultra high resolutions to consider the to be over.

Head on over to Phil’s website for the full rundown on what was involved in this shoot.