Monitoring HDR during editing is a minefield 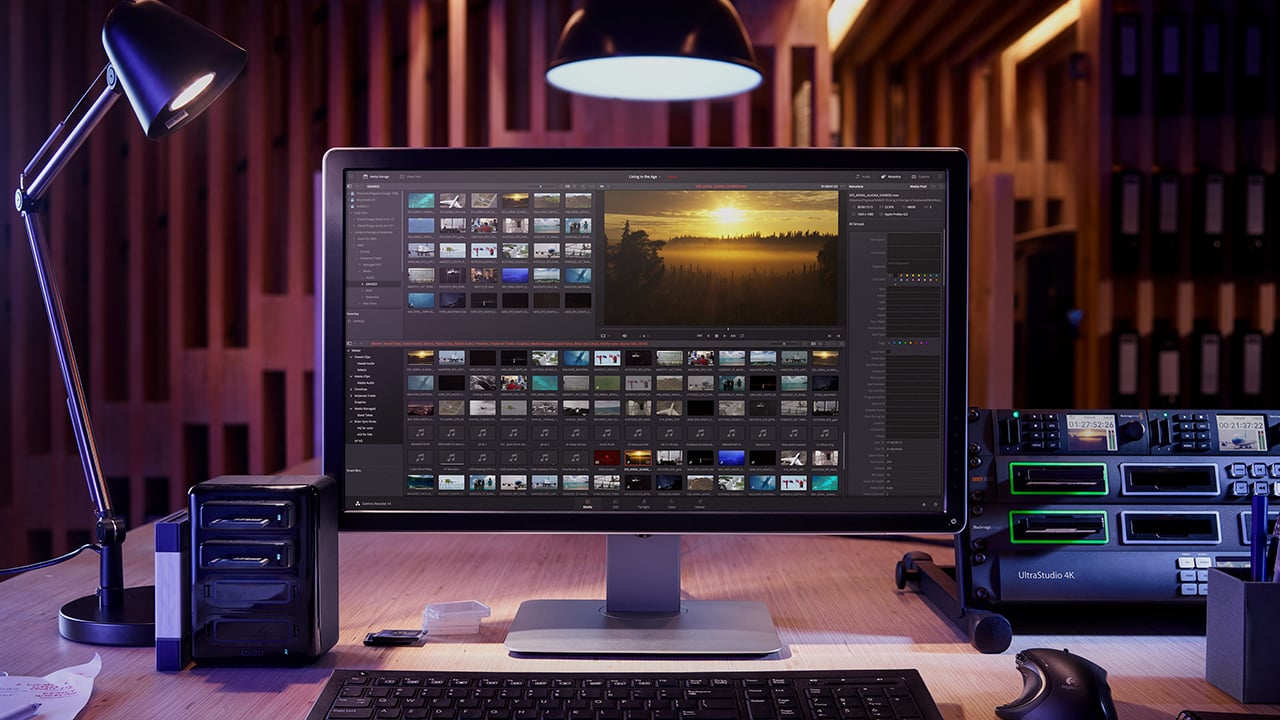 Resolve correctly outputs HDR, but how do the other NLE's fare?

HDR is certainly catching on quickly, but there remains some challenges to the workflow to be ironed out. Ned Soltz gives us his feedback on his experiences with the latest NLE releases.

Our colleague, Simon Wyndham, has provided us with an excellent overview of many of the new advanced features of FCP X 10.4 and among them is the ease of working in HDR. Since the release of FCP X 10.4 coincided with my working with the Sony A7rIII mirrorless camera, the Sony z90 camcorder and the Panasonic EVA1 camcorder – all of which shoot the HLG variant of HDR – I figured it would be a great time to experiment with HDR workflows.

And the challenges begin right at the acquisition phase of a production. Using both the A7rIII and the z90 as examples, it is a simple enough process to set the cameras’ gamma to HLG1, 2, or 3. However, in-camera monitoring is only on SDR screens. Sony advises setting the zebras to 94-96% and the histogram to zebra, exposing to the right. It’s quite a leap of faith for someone like me who is an exposure stickler. Moreover, Sony markets its HLG as a display-ready format, meaning that for viewing, simply run an HDMI cable from the camera to a (Sony) HDR set and play the clips.

And indeed, clips recorded on a Sony z90 played back in glorious HDR when connected to a Sony XBR-series HDR television.

However, setting up those clips in an FCP X 10.4 HDR project and sending HDMI from a current MacBook Pro to the Sony XBR was a no go. Monitoring from a Mac requires a video device, whether that is AJA or Blackmagic.

And, by the way, the exposure of that ungraded material viewed on the consumer set was pretty close.

More precise exposure could be judged if shooting the footage to an HDR-monitoring capable device such as the Shogun Inferno. I didn’t take the Inferno on the test HDR shoot but decided to attempt it back in the studio for HDR monitoring.

The Inferno will display HDR input whether 12G SDI or HDMI 2.0 from both a camera as well as a computer.

For this next test, I set up an FCP X Library and Project per the Apple White Paper cited by Simon. That is, change Library properties to Wide Dynamic Range and Project Properties to the flavour of HDR with which you are working. In this case, I chose HLG.

I have a Blackmagic Design Decklink 4k Extreme 12G card, which would output the 12G SDI signal to the Shogun. Only two Blackmagic devices at this point have that capability, pending release of the new Blackmagic Decklink 8K card. The Decklink can output 12G HDR via SDI but not via HDMI since it is not HDMI 2.0 compliant. HDMI output (for monitoring to a consumer HDR TV, for example) would require the SDI signal to be run through the Terranex Mini SDI to HDMI converter, which does output an HDMI 2.0 signal. That adds another $500 to the budget. The Blackmagic UltraStudio 4K Extreme does have HDMI 2.0 compliant output.

So, connecting the Blackmagic card to the Shogun via a high-quality 12G compliant SDI cable should give me that glorious HDR output. Nope. The FCP X output appears almost posterised –overdriven, overly bright, oversaturated and just wrong. Grading the footage monitoring via the Shogun produced HDR images that were woefully underexposed. 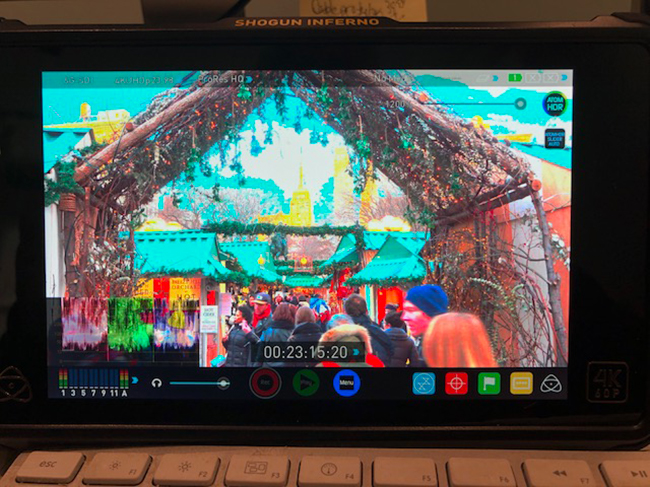 The posturised output from FCP to the Shogun

After several exchanges with Atomos tech support, we concluded that simply not enough is known about the FCP X HDR workflow yet and that the tech manager had not heard of any instances of use with FCP X 10.4 positive or negative.

Taking the next leap of faith, I simply followed Apple’s and Vimeo’s instructions and uploaded the uncorrected timeline to Vimeo. It did indeed flag in Vimeo as HDR and plays back as HDR. If you have an iPhone 8, iPhone X, iPad Pro or the latest AppleTV connected to an HDR receiver, you can take a look at the footage here.

Side note – this is not one of my cinematic masterpieces. It is merely handholding a Sony z90 exposed close to those 94% zebras and hoping for the best.

Next experiment. I set up a DaVinci Resolve 14.2 project for HDR and directed the output through the Decklink card to the Shogun Inferno. Success. The image displayed correctly and I was able to monitor grades I applied to the footage. 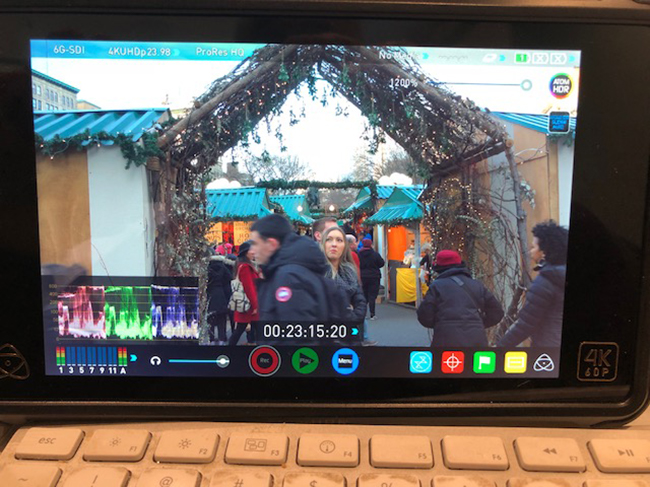 The output from Resolve to the Shogun displayed correctly

Later I noted a comment by FCP X guru Mark Spencer that only AJA devices would display FCP X 10.4 HDR correctly. I presume Mark is referring to the newly-released AJA IO 4K Plus. Unfortunately, this is not a solution for DaVinci Resolve users since Blackmagic restricts output to their cards alone. Please note as well that I have not tested the IO 4K plus, so I cannot confirm.

I do believe that 2018 is the year of HDR. I believe that we will see more and more HDR content over the year, whether generated on the big studio level or the indie producer or even the advanced amateur posting gorgeous scenics online. It will also be the year in which we may see more devices for monitoring HDR. SmallHD is producing a line of reference monitors. Flanders Scientific offers monitors for preview, monitoring and mastering, covering an entire gamut of price points and user needs. This is all in addition to the high-end mastering monitors from Sony and Canon.

I’ll continue my experimentation and report periodically to our readers. This cursory test gives me some direction. And raises my levels of anticipation for what we will see at this years big trade show events.