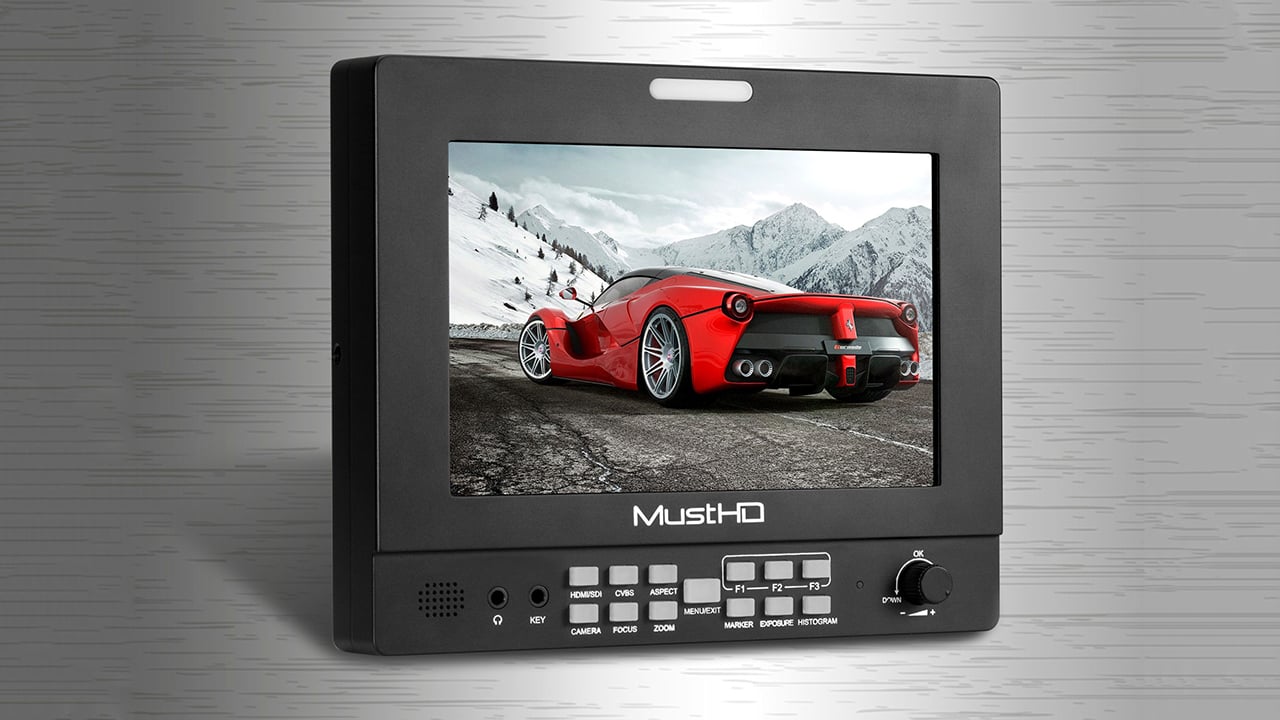 The MustHD M703S is truly as hyper-bright as claimed

If you work outdoors and need a monitor that you can still view even in sunny conditions, the MustHD 703S could be just the ticket.

MustHD touts its M703 series as bright enough for outdoor work without a hood. That’s not just marketing hype. With a contrast ratio of 1200:1 and brightness of 2200 nits, it has some heavy-duty specs that translate into real-world performance. Shooting outdoors on a sunny day, this 7” display supports resolutions up to 4K DCI with a 1900x1200 pixel display.

Supporting HDMI, 3G SDI and composite i/o’s, the monitor adds a very nice twist of locking HDMI ports. Yet at the outset I did discover a design concern. My test unit was equipped with a gold-mount battery adapter. I was unable to mount an Anton Bauer Dionic 90 on it, however, since the SDI port was too close to the mount making it impossible for the battery to clear the connector. Thus I had to run the unit either with AC or via a DTap to its DC 12v input. This would be of considerable concern and I hope that it was simply a sample error rather than a design flaw. 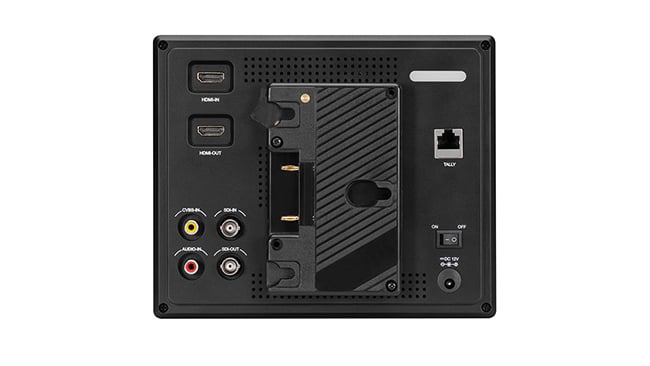 The rear of the MustHD 703S

Multiple aspect ratios can be selected from the front panel. Grids can be toggled. In other words everything is there with one exception. Many monitors today allow loading of custom LUTs. In a world of Log shooting, many operators want the option of viewing camera output and switching to a LUT-view when desired. Now this can always be overcome with cameras which can output a LUT, but nonetheless, this should be a feature of any current monitor.

The monitor comes with a sturdy aluminum frame with a ¼ 20 thread mount and addition to 4 mounting points on the camera. Construction is of aluminum and it is solid. At 840g (almost 2 pounds without battery) it is heavy so probably more suited to tripod or stationary useage.

The MustHD 703S is truly Hyper-Brite as its full name states and its 1900x1200 screen resolves clearly and accurately. Few monitors can beat it for sunny environments. It is well worth a look.