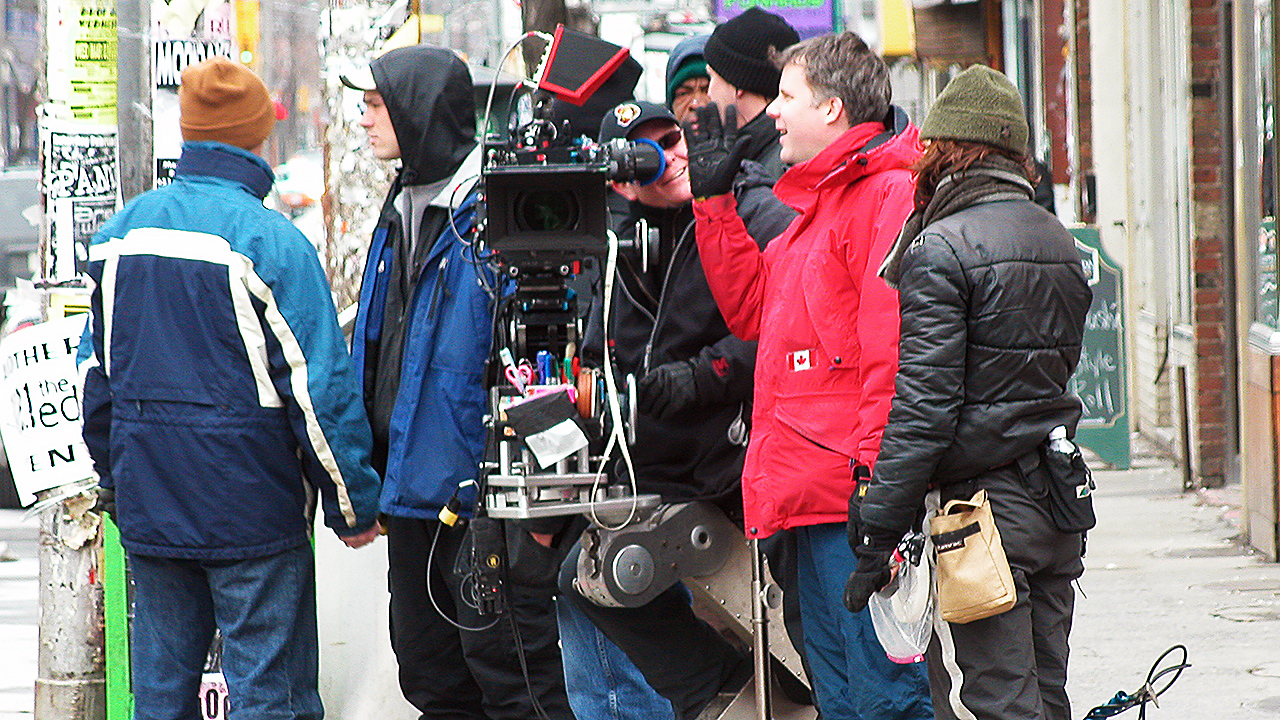 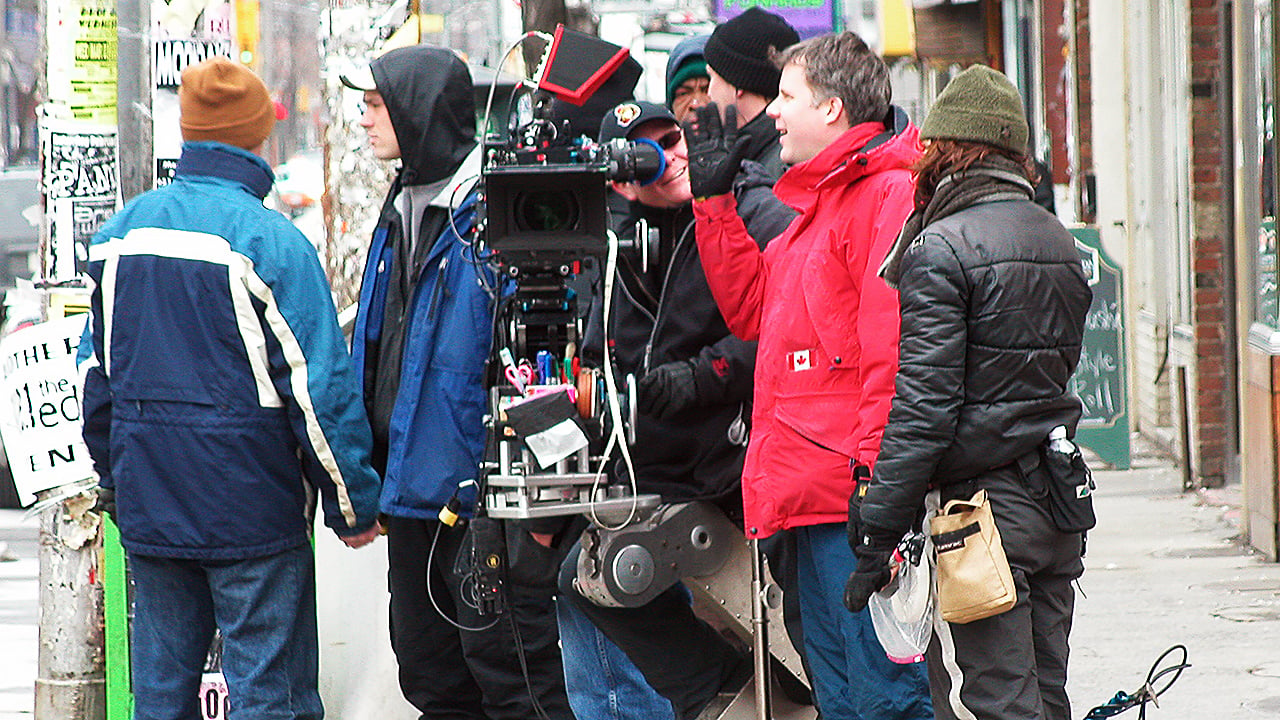 Rakesh Malik gives us some important tips on how to ensure your shoot runs as smoothly as possible.

I've worked on several independent film productions that were very chaotic and disorganised, leading to long and exhausting shooting days. On one of my more recent productions with first-time director Clare Chun, the cast commented about how smoothly the shoot ran and everyone was very pleased with the quality of the photography. Here are some tips for producer/directors who would prefer to have the second sort of production rather than the first.

You should be choosing your DP at about the same time that you're choosing your cast. Since your DP is instrumental in creating the look of your film, finding a good cinematographer as every bit as important as finding the right cast, especially if you want your cast to look their best in the film.

Some of the directors I've worked with had no idea about how they wanted to shoot their film. A script is a blueprint, but it could easily be interpreted in a great many different ways. Figuring this out on set can take up quite a bit of time... while the rest of the cast and crew are waiting for the director and DP to figure out things that should have been figured out before arriving on set.

When Clare engaged me to shoot her debut film, she had only a script. During our first pre-production meeting, I explained that she should think about how she wanted the film to look, and also to think about things like match cut transitions because match cuts are easy to implement if they're planned but rather unlikely to work if they aren't.

She took my advice to heart, and while I was out filming in the Himalayas, she developed a simple shot list where she described the transitions she wanted and also sent me some visual references for looks that she liked, to go along with her descriptions of the look.

3) Include your DP in location scouting

There are several benefits for this. One is that it gives you and your DP a chance to discuss the blocking of the scene or scenes to be filmed there. Another is that it gives your DP a chance to see what the environment is like and how to light it to achieve the desired look. Including your art director and sound recordist is helpful here also as you and your DP might overlook issues with sound and your art department will be better able to plan out how to decorate the set.

Your DP probably has a crew that he or she has worked with in the past and has had good experiences with. It's a good idea to take advantage of that relationship rather than choosing crew and then introducing them on set. Often this leads to other issues; I've had some producers choose crew who were difficult to work with and lacked the skills that they promised the producer. This led to a fairly rough production and since some of the crew were disruptive, it created extra work for the rest of the crew making up the difference.

One of the things that went well on Clare's film is that the crew was based on my recommendation, and the result was that we already had a strong working relationship. I had confidence in my gaffer's skills, and he was already familiar with my lighting style, so he often anticipated some of the lighting techniques I favoured. The result was that we saved time, and since I'd already seen the filming locations and walked through the blocking, I was able to get him started lighting as soon as we arrived, getting us a head start on prep.

One benefit of this is that we had extra time to set up an additional beauty light for one section of the set, giving one particular character a Hollywood-style top light, while everyone else had a soft sidelight as a key light.

If we'd been rushing we probably would not have had time to jury rig the top light, and that character would have been less beautifully lit.

It's normal for plans to change; a blocking plan that seems reasonable the first time you walk through it can change when you get on set and see it come to life with actors. Changing the blocking plan appropriately is fine, as long as you let your DP know what changes you're making, because your DP might have to change the way the scene is lit in order to accommodate your changes, otherwise there's a good chance that the crew will be scrambling to relight the set at the last minute, leading to delays.

It's especially important when executing effects shots. Changing the shot design at the last minute might have a significant effect both on production and post, so you could be creating a lot of extra work down the road with what seems like a relatively innocuous change on set.

Rather than getting hung up on the equipment, let your DP advise you and make sure that you're clear on what's actually available. On one production, the producer/director told me that we would have 3 Kino Flo Diva lights on set, so I planned on using them to light a barn from outside to convey a late afternoon appearance and also to give us freedom enough to move around on set without having to relight every shot. On set, I discovered that three Diva lights had mysteriously turned into two CFLs with far less power, and as a result weren’t nearly enough to illuminate the barn... so I was forced to move the lights inside the barn and light smaller sections at a time, which lead to quite a bit more relighting.

On Clare's film, on the other hand, we had exactly what I had planned, so we were able to light the entire office set for each scene. We were able to shoot entire scenes with quite a few moving shots and only had to relight for the final scene. And that was largely due to a change in mood, rather than a technical decision. We could have chosen to get away without relighting that set for that scene, but doing so made for a stronger film. We did not, however, need to relight for every shot, which saved us a lot of time, even though we had to adjust the position of the lights to clear the frame a few times.

This one is the easiest: just stay out of it. Your responsibility as a director is to the actors, not the gear.

If you chose your DP well, and have established a solid working relationship with them by now, then you can trust your DP to make sure that the technical aspects of production are covered, and focus on the actors. It's expected that you'll be looking at the monitor when the DP and/or camera operator is framing it and on some productions, you might even have a director's monitor with which to view the action. Either way, you shouldn't need to worry about the camera settings and technicalities of which light is positioned at which location, just how things look and whether they meet the needs of your vision.

A good DP will be careful to ensure that exposures are consistent throughout a scene and that the shadows are lit up enough to avoid noise while retaining a lighting ratio that supports the mood and style of the film.

Hopefully, this will help directors, especially first-time directors, get the most out of their relationship with their DPs. It's common for directors to choose the same DP for multiple projects because it takes time to develop that working relationship and, once established, that becomes time saved on future projects.