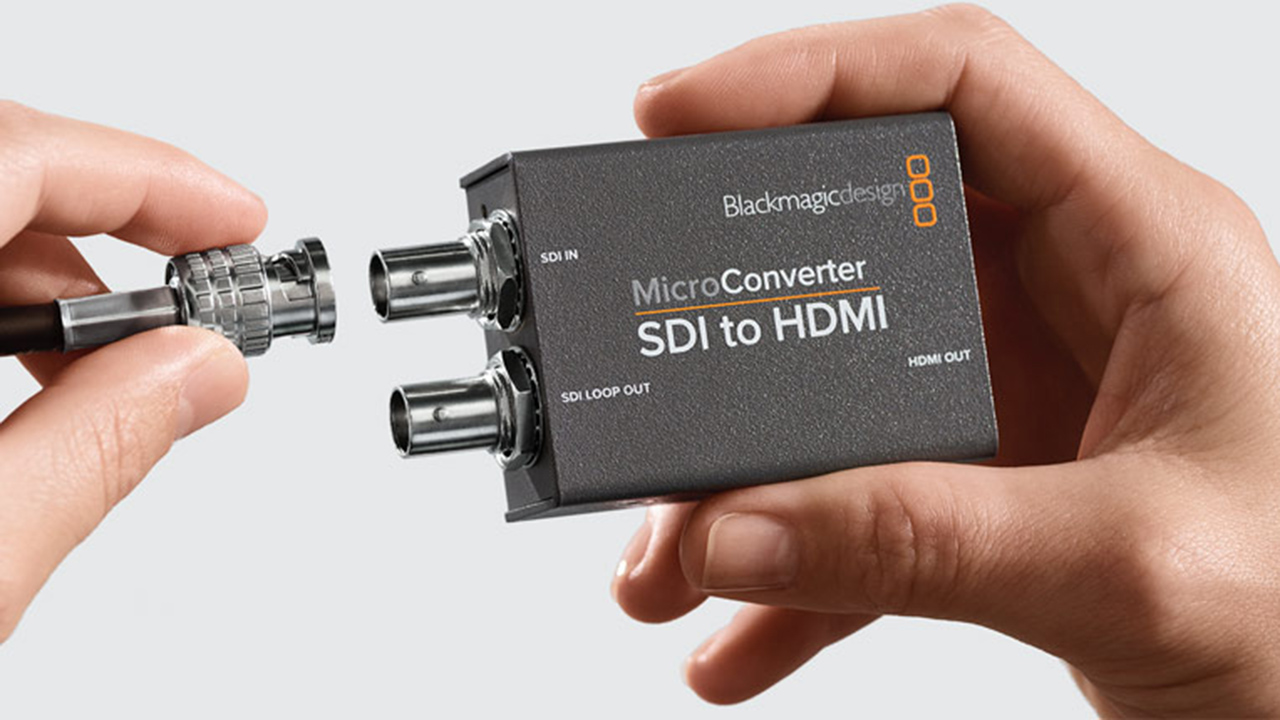 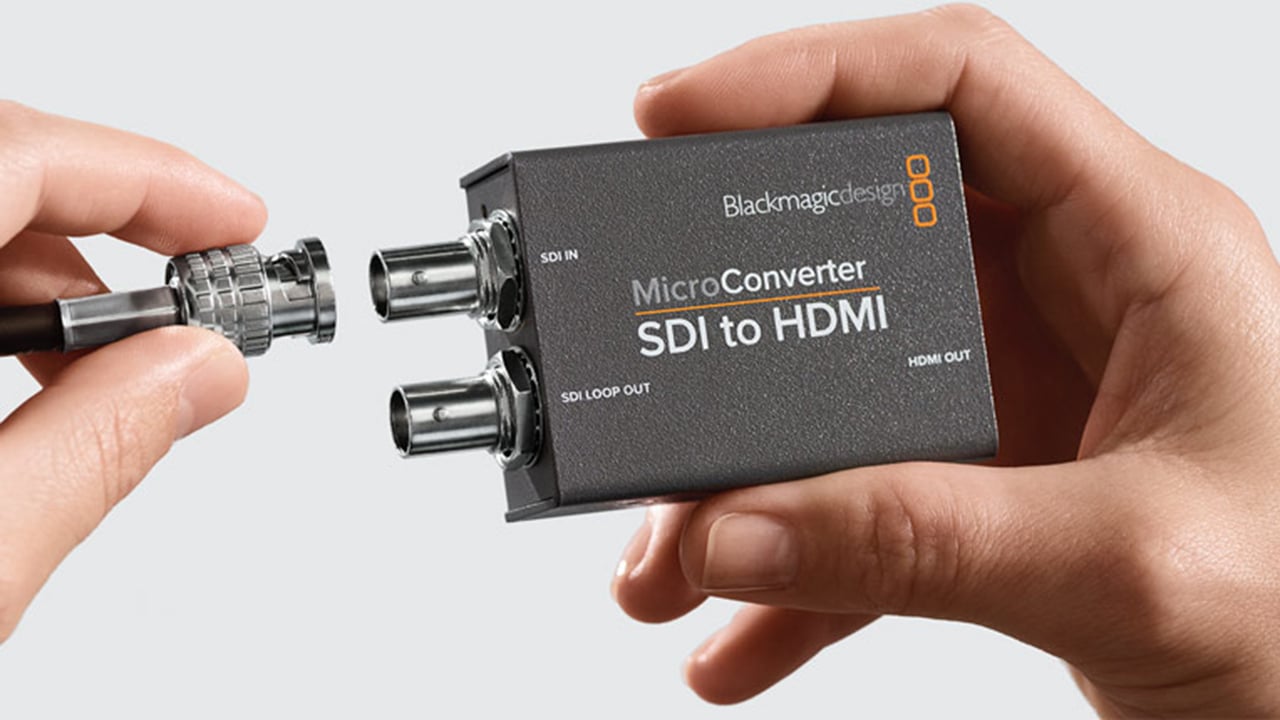 An often overlooked aspect of production, but essential none the less. Blackmagic's Microcoverters have received a price drop so now there's no excuse not to have a few in your tool box just in case.

Blackmagic has announced a new lower price for their micro converters which provide full 10-bit broadcast quality video conversion in a small form factor. While all modern video equipment is now digital in nature, there are often still different connectors depending on whether the equipment was designed with consumer applications or professional applications in mind. The micro converters allow you to mix and match high end equipment with consumer video equipment, so you can make use of the gear that might be to hand or even to do things that might not be easily possible another way.

For instance in a multi camera observational documentary style television programme you might have multiple tiny surveillance cameras with HDMI connectors but you might still want to use a high end broadcast video switcher that only has SDI connectors to control all the video inputs. Another possible application might be where you have some kind of outboard recorder that has SDI inputs but you want to use it with a camera that has HDMI outputs. That's just two examples however and of course there are all kinds of other possibile uses for the microconverters including some that have probably not even been thought of yet.

The little boxes have full sized 3G-SDI and HDMI connectors and are proper metal enclosures so they are durable units that you can trust in the field. There are two LED indicators, one to confirm that there is power and the other to indicate that the unit is receiving a video signal. Power is supplied by a 5 Volt micro USB connector which is the same kind of connector used on many smart phones. If push comes to shove you could power the unit from your smartphone charger and it could also be powered from many USB connections such as on a television or a laptop computer for instance. Blackmagic also sell the Micro Converters with an AC power supply that includes 4 different AC socket adapters for plugging it into different kinds of mains outlets worldwide.