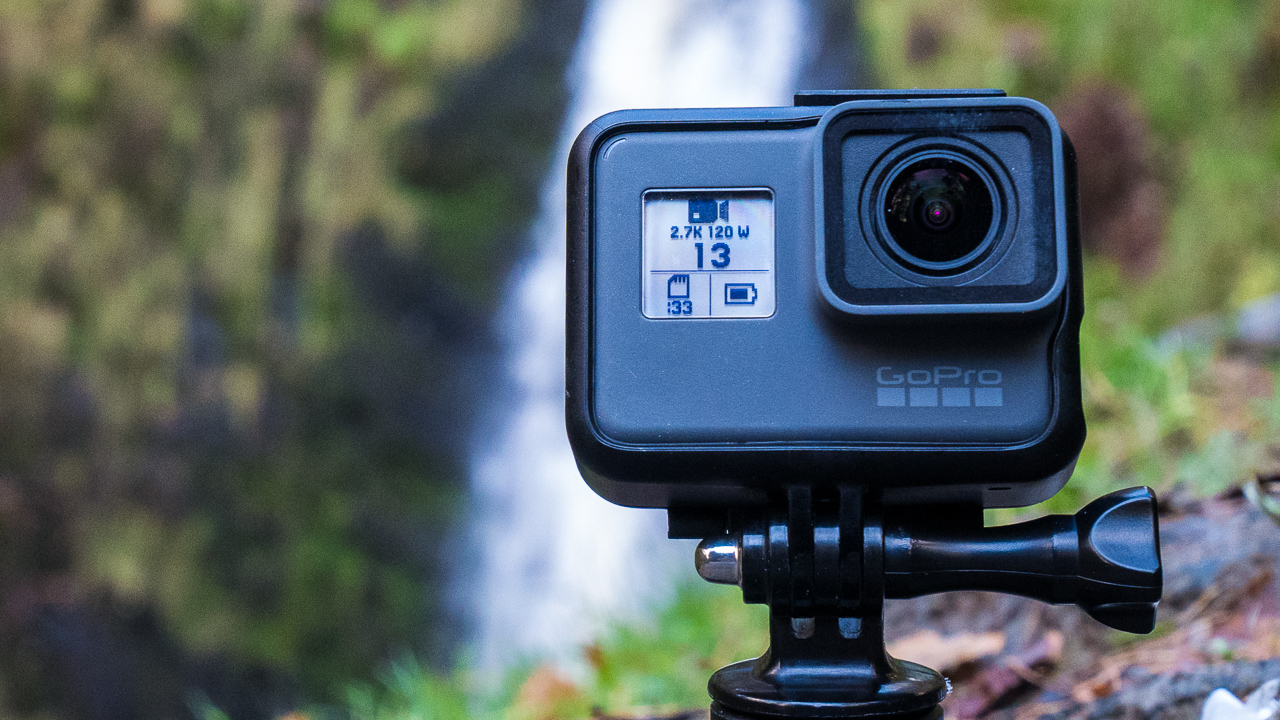 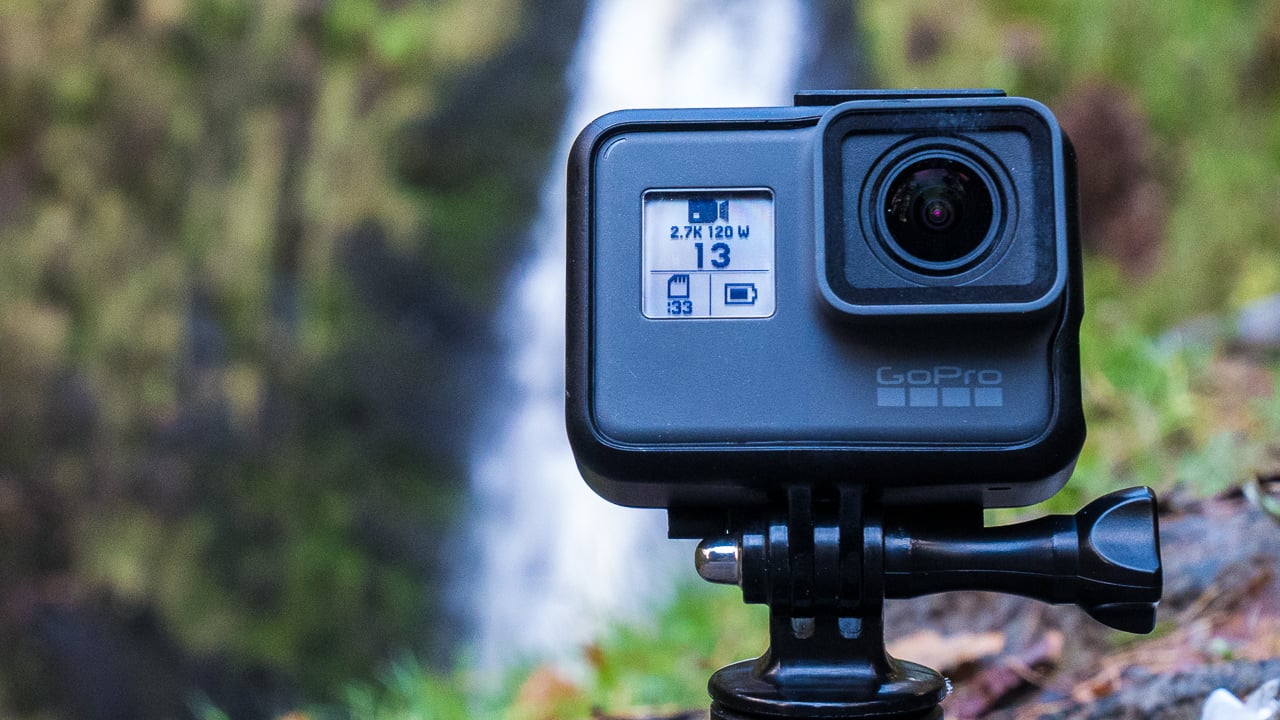 Can the Hero 6 Black help GoPro maintain its crown?

RedShark Review: Is the GoPro Hero 6 Black camera the one to beat them all? Read on to find out.

Recently it seems that much like Apple, the GoPro brand seems to be taking a bit of a kicking from some quarters. It is I suppose only human nature to turn on something when it becomes too popular and loses its exclusivity. But it isn’t just on forums where the brand gets criticism, the markets too have shown their wrath in recent years. The Karma drone was set to become the company’s saviour, but after some serious initial teething problems it seemed that the star had been broken.

It would be a brave soul however, who would write off the company that pretty much invented the action camera as we know it, and GoPro has been hard at work redeveloping their flagship camera from the ground up.

It might not look like it, but the internals of the new Hero 6 has some stark differences from previous cameras. For now let’s look at what you get in the box.

Open up the packaging and we have the camera itself, two different adhesive mounts - one for flat surfaces and one for curved, a battery, a charging lead, and a thick booklet on safety, no doubt part of some regulation or other. But let’s not dwell on that.

Externally the Hero 6 looks exactly the same as the Hero 5, bar some very tiny writing on the side. The battery compartment, situated on the bottom of the camera is accessed by pressing a little button and sliding the door before it springs open. You can insert your SD card here too while you are at it. Though make sure it is compatible and capable of the higher data rates that the new camera achieves. It wouldn’t surprise me if some of the reports I have read about camera freezing have been due to dud SD cards. Precisely this used to happen on my old Hero 3.

There is a similar smaller door on the side to access the USB-C charging port and micro HDMI socket. This door is removable so that the sockets can be accessed while using the mounting frame, although the camera is not waterproof in this configuration.

The body of the Hero 6 is finished in a matte grey rubberised texture. It looks and feels high quality. Whilst it is a lightweight camera, for its size it still feels slightly weighty, revealing how much stuff is crammed into such a small frame.

The integrated rear LCD screen isn’t the highest resolution, but it does the job. Considering how small it is GoPro have made the interface pretty usable and it is all pretty intuitive.

Video and audio settings are accessed by swiping from the right. Camera mode (video, stills, timelapse etc), resolution, frame rate, and FOV settings are accessed by pressing on the selection at the bottom of the screen. Swiping down from the top lets you set your general preferences, while swiping from the left brings up recorded clips and stills. The interface is pretty responsive. It isn’t iPhone fast, but it gets the job done efficiently. It does suffer from the occasional false positive, such as selecting the wrong option when you were trying to scroll down for instance. 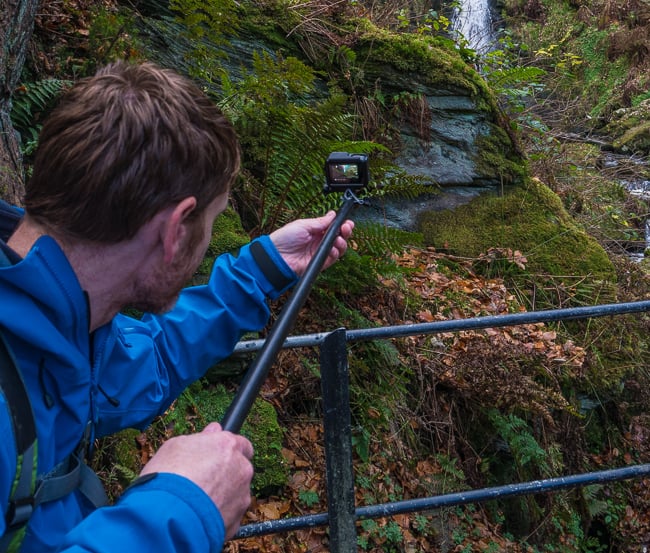 The most straightforward of shooting methods. The good old pole.

Modes. Lots of them

If you are new to GoPro cameras the sheer number of video modes available will be confusing at first. Everything from 1080p at 240fps through to 4K in 4:3 is catered for. Covering all of them would take far more space than there is room for here, so I shall refer you to the blog of Abe Kistlevitz, who explains each of them in detail.

One important thing to mention is that the old field of view modes are now defunct. Instead the Hero 6, in certain resolutions, allows you to set your preferred field of view with a digital zoom slider.

This doesn’t work in 4K modes, but does at resolutions up to 2.7K. You have a certain amount of leeway before you lose definition because as you can imagine, in 2.7K mode it is digitally zooming a window on a 4K sensor.

Other options available in certain resolutions include the Linear field of view. This removes, at the expense of some cropping, the trademark fish eye look from the picture. Very handy if you do not wish to be dealing with this in post. If this is combined with a subtle digital zoom in, you can pretty much cover all traces of the ‘GoPro look’.

The big news with the Hero 6 that it can do 4K at 60fps. Part of the reason behind this is the new GP1 processor, developed by GoPro themselves.

In fact the GP1 processor is the real news behind the Hero 6. While other makes still rely on chips such as the Ambarella, GoPro have taken their destiny into their own hands. This should ensure that the capabilities of future cameras develops at a faster pace, and perhaps new features could become unlocked through firmware updates for the existing camera. Something that has already been hinted at. 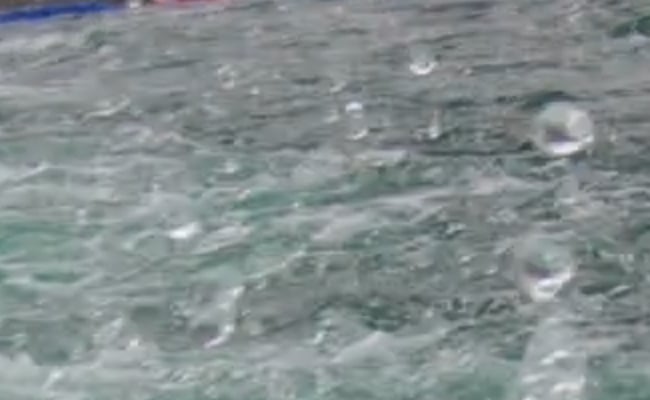 A 200% enlargement shows compression artifacts even in H.264 in problem areas such as fast moving water are well controlled.

For testing I took the Hero 6 out into its natural habitat. I tested the stabilisation by using the camera both handheld and on a pole to see how it reacted. To give it an extra challenge on the latter shot I switched it into 2.7K linear mode and zoomed in slightly with the digital zoom control on some shots.

In general the stabilisation is extremely good. A huge improvement on the Hero 5, although it can still get caught out by certain types of movement, causing it to ‘jump’ occasionally, and motion blur from vibration can still rear its head from time to time. Something we should expect from electronic stabilisation.

I also mounted the camera onto my kayak helmet. I tested this using 4K Superview mode for added picture height, the 2.7K and 4K HFR modes, and the afforementioned Linear FOV. This was all recorded in Protune mode with the sharpening set to Low, and colour left at it’s default setting. You can view the results of all these tests below.

Light was not ideal. The majority of promotional material for these cameras is taken in glorious sunshine, however it is in much more trying conditions that most of us will find ourselves, and we still need to know that the camera will perform well.

Overall the picture quality is ridiculously good all things considered. True, smartphones also get great quality, but I doubt very much that you'd want to risk one driving through thick mud mounted outside a 4x4! A stand out feature to note is that rolling shutter is hugely improved over previous models.

Battery life was around 1hr 20 odd, which isn't so fantastic. Mileage will vary depending on the modes and functions that you use. A big battery drainer is the 'always listening' voice recognition function. Turning this function off so that voice commands only work when it is physically turned on will save you a lot of power.

The speech recognition worked fairly well in general, although I did have to shout at it in the noisy environment of a white water course! It can be a very practical thing to use when it does work, however.

If you are going to be shooting lots of high frame rate footage, especially with Protune, you will get through SD cards pretty quickly. So carry lots of spares. Briefly, the Quik software for both iOS and desktop both worked well. The Quik mobile app was a lot of fun and will certainly suit people who don’t have the time or inclination to edit something manually. It is fast and the templates are surprisingly customisable.

The Hero 6 is not inexpensive ($499), and could lead you to question the idea of risking it getting damaged. However the GoPro is for those who want the most versatile capabilities. HEVC recording in higher performance modes offers an increase in quality over previous incarnations. Features such as the rear LCD display are much more viewable outside than cheaper rivals too.

Rivals can produce some very good results, although most of them require bulkier housings for waterproofing with all the hassles involved with battery changes in such a system. In a water based environment this can risk more moisture resulting in fogging. If the Hero 6 isn’t your bag, GoPro also have other options at different budgets.

If you have an older model, the Hero 6 offers a huge bump in capabilities. Certainly if you want better slow motion your decision is made for you.

It is therefore my opinion that when all factors are considered as a whole, if you want the ultimate action camera the GoPro Hero 6 Black should be at the top of your list for consideration without any shadow of a doubt. I am impressed.