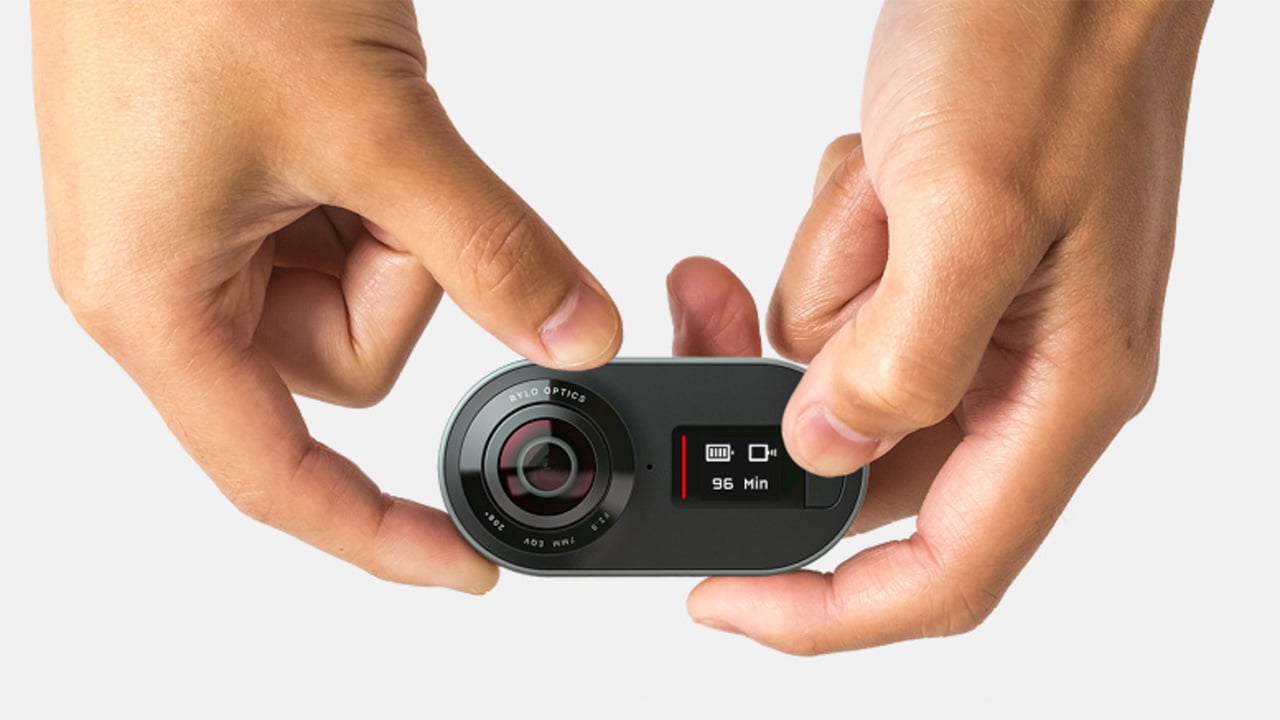 The Rylo 360 aims to focus in on an alternative, more practical use for VR video.

The Rylo 360 can certainly be used as a standard VR camera, but its main focus is on using the 360 recording merely as a starting point to creature your finished 2D masterpiece. I touched on the subject of using VR cameras as a way of oversampling to create your shots and framing in post in a previous article. But here we have a company that is making that aspect of production the primary aim of its new camera.

Okay, there is already the Insta360 One, but the Rylo camera would appear to be taking the post framing of your footage even more seriously with some more deeply designed software. Shooting a 360 degree view with 4K resolution at the horizon, the iOS software that is used with the camera allows objects to be automatically tracked and framed, all with complete stability.

The use of 360 video in this way is ideal for action camera style footage, where stability is not guaranteed, and you can't always predict what is going to happen. In such scenarios you quite often don't want to be focussed on using a camera when you are caught up in the moment.

This way opens up fantastic opportunities, ably illustrated by the Rylo promotional video. For example the ability to pan between the front facing view of a roller coaster ride back to the faces of the people screaming along on it, or even perform a picture-in-picture of the two shots simultaneously. The iOS software can even keyframe linked points throughout the video for seamless view changes.

There are limitations of course. Currently the resultant videos suffer from the usual fisheye distortion you would expect from any action camera, and the resultant videos are 1080p. At a time when most action cameras are moving very quickly towards 4K with 60p capabilities, this could be construed as a limitation that could put some off. However 1080p is certainly still a vert valid output resolution, but such cameras will really come into their own if and when someone can cram an 8K or preferably a 16K sensor into such a body. The sad truth is that we might be waiting a long time for this since the sensors required to be utilised within such a camera need to be very small, and so the trade off between noise and low light performance might not be deemed worth it. But on the other hand engineers are finding ways to overcome such hurdles all the time. So let's wait and see.

If that does happen I am sure that 360 video will become the default for action cameras. Such additional resolution would allow for much more flexible reframing and effective fish eye distortion correction. It should be noted that the resultant output of the forthcoming GoPro Fusion is 5.2K at the horizon, which GoPro is claiming is the minimum resolution to enable a true equivalent to 1080p modes on its other cameras once post reframing has been performed. 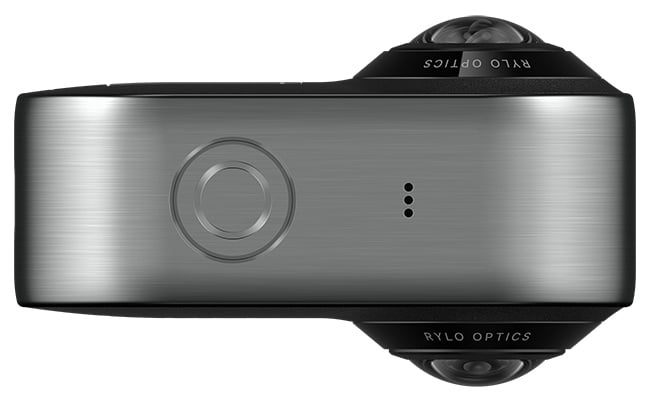 Top view of the camera showing off the lens protrusion and brushed aluminium finish- Image: Rylo

There is one last elephant in the room. Quite often, despite the young, athletic demographiuc we are lead to believe uses these cameras, the type of person who will use a camera such as a GoPro is often surprisingly un-tech savvy! I am asked on a very regular basis by such users, whether friends or strangers, how to quickly put together their footage, since many of them simply do not have the patience to edit. Quite often they don't even own any editing software, unaware that iMovie comes free on their iPhones. This quite often results in their footage ending up either sitting on their computer doing nothing, or simply uploaded unedited to YouTube. This is one reason why companies such as GoPro have now gone to great pains to make edits pretty much automatic, with features such as Quik Stories.

Therefore it remains to be seen how many users will go to the trouble of reframing their edits in this fashion. A lot will depend on whether companies such as Rylo can make things as seamless as possible. With the brains behind it having worked previously on Apple's cameras, as well as the Instagram Hyperlapse app, I am looking forward to having a look at one to see how well it works in practice. Certainly with software such as the recently announced FCP X update taking VR video very seriously, such cameras would appear to have much more than simply flash in the pan longevity. And things can only get better from here on in.

The Rylo 360 is available now for $499, currently in the US only, and you can watch their promotional video below.