The Sony HXC-FB80 demonstrates that HD is still alive 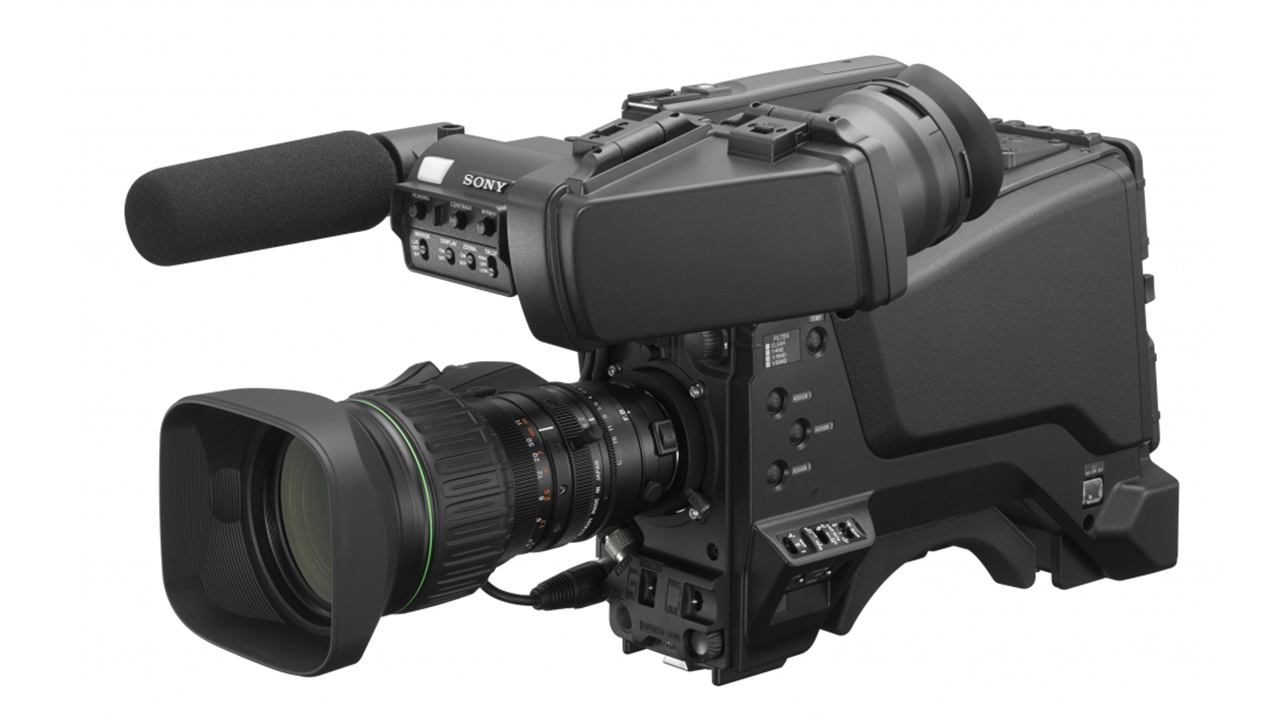 It would be all too easy to declare HD done and dusted when it comes to new gear, but Sony has other ideas with the HXC-FB80 broadcast camera system.

The Sony HXC-FB80 is a 3-chip 2/3-inch camera with a 2/3-inch Sony bayonet mount. It uses three Exmor CMOS image sensors and it can provide HDR output in 1080p. With the addition of the HXCU-FB80 camera control unit it can be used as part of a complete studio camera system that has the capability to perform 4K upscaling.

Sony is marketing the Sony HXC-FB80 as a portable camera that can also be used in studio camera system setups or other multi-camera applications. The system is intended to be cost-effective and provides high quality 1080p HD, while additionally making available advanced features such as Hybrid Log Gamma (HLG). The intention is that companies will be able to migrate workflows to HDR in the future.

It might seem like 1080p is old hat at this point, but given that there are still broadcast companies that have equipment to migrate from standard definition, these cameras could be a good fit in a number of situations. The complete camera system would not only give them full 1080p HD, but it would also give them a foothold in the future with its HDR capability. The camera control unit can supply 4K upscales should they be needed, thus giving some compatibility with more cutting-edge broadcast technologies. The camera will have 1080p HDR support via the Hybrid Log Gamma standard, but this feature will require a forthcoming firmware update that will be free of charge and available in summer 2018.

The Sony HXC-FB80 features low power consumption. The camera body on its own uses approx 19 Watts, but the power consumption increases to 32 Watts with the supplied viewfinder. Power input is via a standard 4-pin XLR and can take voltages in the range of 10.5 Volts to 17 Volts DC, so it is optimal for a 12 Volt supply.

It also supports a framerate of 23.98 fps in progressive segmented format (PsF) for productions requiring a more cinematic look. Sony thinks this could work well in non-cinema applications too such as live events, interviews and news magazine type programs. PsF output is also available in 25 fps and 29.97 fps framerates.

Auto Lens Aberration Compensation (ALAC) features to digitally correct for optical issues in the lens such as chromatic lens aberration, which should mean that you can extract even higher optical performance from the stock lens.

The camera apparently has a very good low-light capability, and when you are working in bright lighting conditions there are four built-in Neutral Density filters. These filters can be controlled remotely thanks to a filter servo motor in the camera head.

Each camera has two 3-pin balanced XLR sockets for audio which can also be controlled from the camera menu or remotely from the HXCU-FB80 camera control unit.

The HXC-FB80 camera head outputs 1080p over either a 3G SDI cable or via fibre optic cable. Either of these outputs could be used to connect the camera directly to the HXCU-FB80 camera control unit (CCU). The CCU can upscale the 1080p HD output from the camera to 4K (3840 x 2160), and in order to support the UHD resolution it provides a 12G-SDI output in addition to quad-Link 3G-SDI. The HXCU-FB80 CCU provides support for up to a maximum of 24 unit so that you can use it in really complex multi-camera situations. But there is a lower cost solution too, because the cameras can be controlled not only by CCU front panel operation but by a PC software-based remote control panel called the HZC-RCP5 Remote Control. This software interface provides control for up to five cameras.

The camera system is available as two different models. The version equipped with a Neutrik connector interface, which is called the HXC-FB80N and works in conjunction with the HXCU-FB80N camera control unit, and another version with a Lemo connector interface, which is the HXC-FB80L camera and is paired with the HXCU-FB80L camera control unit.