Shooting 8K in the Himalayas 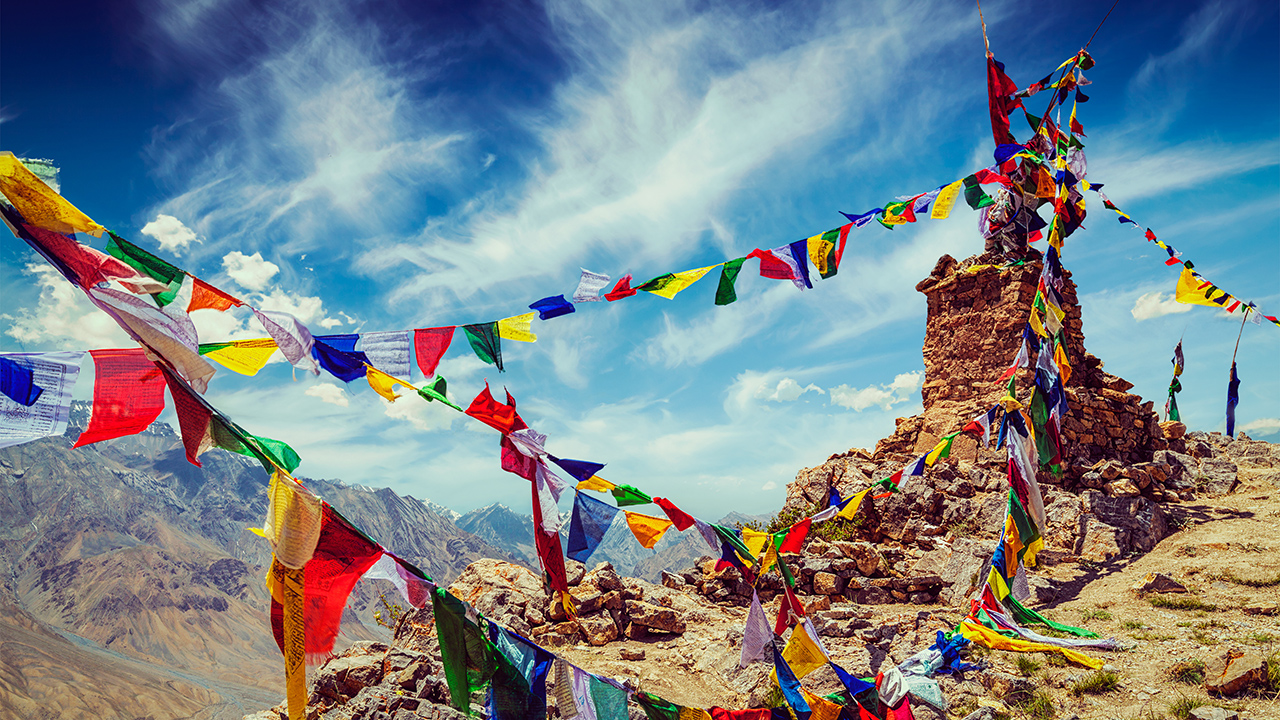 Shooting remotely throws up all sorts of issues with power

Keeping the power going for a location shoot can be trying even when you have ready access to chargers. But what do you do when you are thousands of feet up in the Himalayan mountain ranges and need to power everything from RED cameras to drones? Here's how Rakesh Malik took on the challenge.

I spent a month this summer on a very low budget shoot in the Himalayas. We were looking to capture both the majesty and beauty of these rugged and remote mountains but also the culture and lifestyle of the people who live in these hard environments year around, some at elevations upwards of 14,000 feet.

Our trip was to include several days of overland travel on foot through the renowned Bhaba Pass, a spot famed for its combined views of both the verdant Spiti Valley and the harsh desert of the Pin Valley. Even in some of the bigger villages like Kaza, the internet was rarely available and the power infrastructure was quite unreliable.

Red cameras consume quite a bit of power. A 95 watt-hour brick keeps my Epic-W running for approximately 90 minutes. To maximise our ability to use the camera, we brought two BlueShape Granite batteries, two Hypercore Slim batteries, and four Juicebox batteries, all V-mount batteries with right around 95 watt-hour capacity due to the airline restrictions.

For our purposes, all of the batteries worked out to be quite similar. The JuiceBox batteries have a low maximum load of 3.2 amps compared to the Granite and Hypercore batteries' 8 amps, but to keep weight down we were also keeping our gear down, since there were only two of us on the crew and my compatriot is a petite 110-pound woman, who — while quite fit — isn't going to carry half her body weight in gear. Add to that the fact that we'd be trekking in the Himalayas at high altitudes between 7,000 and 15,000 feet and weight became quite a premium.

To power Angela's GoPros she had three GoPro batteries that she charged every chance she got plus two Belkin battery packs. Powering her Karma gimbal required more current than the Belkin batteries could deliver, so for that, we used a Power Practical Pronto battery pack with 5500 watt-hours of capacity.

We had a Sony A7r and a Nikon One for stills that we took with us on treks, both of which last quite a while on small and lightweight batteries.

For the GoPros we had enough micro-SD cards to give us around 90 minutes of total record time, so the plan was to offload them each evening.

Since we had two laptops with us — one an ageing MacBook Pro and one a Razer Blade Stealth — we planned on being very conservative during the treks. Fortunately, the micro-SD cards, even when full, don't take all that long to offload, limiting our use of the computers to offloading.

The Red was a little more of a challenge since 8K footage is, even with RedCode's impressive efficiency, quite large. We had with us two 120 GB MiniMags and one 960 GB MiniMag, giving us a total of approximately two hours of record time at 10:1 compression. Offloading the Red footage is also quite time-consuming, so we were resigned to shooting conservatively during our trek, limiting our shooting to two batteries per day and keeping our clips fairly short until we reached a hotel.

The still cameras were once again much easier to manage since one 64 GB card allowed for over 1100 images shot on the A7r. We didn't worry about those too much and used them fairly generously.

We planned on mainly using the stills cameras handheld and Angela was planning to use her Karma gimbal to support her GoPro, which was fairly lightweight altogether.

The Red is another matter. For that, we took along my Really Right Stuff Versa tripod (reviewed here) and my Manfrotto NitroTech head (also reviewed here). With the rapid column in place, the tripod + head combination adds up to nearly eight pounds.

Due to carrying capacity limitations, we didn't have any other grip gear like sliders and dollies, so we were going to have to rely on the GoPro and Karma combination for moving shots.

For those times when we filmed interviews, we had the Epic-W set up with a Tilta cage with an Advanced I/O module to provide XLR ports... which turned out to not have phantom power (in my opinion, this is a showstopper bug). Our microphone was an Aputure Deity which is compact and solidly built, but which requires phantom power. To address this, we had added a Whirlwind phantom power box that uses 4 AA batteries and we attached some velcro to the back of each battery as well as to the Whirlwind box so that we could easily attach it when we needed it, rather than worrying about it all the time. We kept the audio gear in the same bag as the laptops during the trek rather than carrying it, since we expected that we'd only have time to use it while at camp.

We brought along a Sigma ART 18-35 and 50-100 lens set for the Red along with a Canon 2x teleconverter, which makes for a reasonably compact and fairly versatile lens set, though there were times when a macro lens and a bit of additional reach would have been nice for the wildflowers and occasional wildlife opportunities.

We also had a set of Formatt Firecrest ND filters, 1.2, 1.5, and 1.8 densities — the darker set. Because the 1.8 was usually too dark, especially when combined with the polariser, we ended up using the polariser plus the 1.2 density filter — those ended up getting quite a bit of use.

How well did it work?

We were very glad that we had a lot of extra batteries. There were a number of times when even the hotels in larger villages had no power.

In Tabo, for example, we stayed at a very nice hotel that had wonderful food and service, but the power in Tabo was down for almost the entire time of our stay. The hotel has a solar array that charges a set of batteries and an inverter that automatically fails over to the batteries when the village's power goes down... but those batteries only power the lights. Water for showers is heated with a solar heater, but power outlets only work when the village's power is on.

So we plugged in several V-mount batteries as well as the GoPro batteries, only to discover upon waking that none were charged.

Fortunately, in another example of Himalayan hospitality, the hotel staff let us use the power outlet in their office to charge batteries while we took a tour of the Tabo monastery, so we did get the batteries charged by the time we left. Most of the hotels didn't have inverters though, so when the village's power was down, we couldn't charge our batteries.

Due to not having power, even at several of the hotels we were staying at, our data management suffered a bit. We were able to make dual copies of all of our footage, but we only organised it by day and are working through organising it properly now that we're back stateside.

Since we had eight V-mounts and three GoPro batteries plus a 53 watt-hour Power Practical battery, we were able to keep several of our cameras going, even on days that we weren't able to charge batteries, but we did have to be a bit conservative with how much we rolled with the Red due to the combination of power and media capacity. We reserved the Power Practical battery mainly for the Karma gimbal.

Another area that suffered was organisation. While we backed up our media onto two disks, we didn't have time to organise or review most of it, so we're working through that now that we're back, which is, of course, slowing down the editing. We'll also need to transcode quite a bit of footage for offline editing and get the interviews transcribed, for which I'll be giving Transcriptive a try to see how well it works, especially for the interviews that are in Hindi.

Filming in remote locations can be very rewarding if you're prepared. Places like Himachal Pradesh don't get all that many tourists, so there is a lot to see there that not a lot of foreigners have ever seen, let alone filmed and shared.