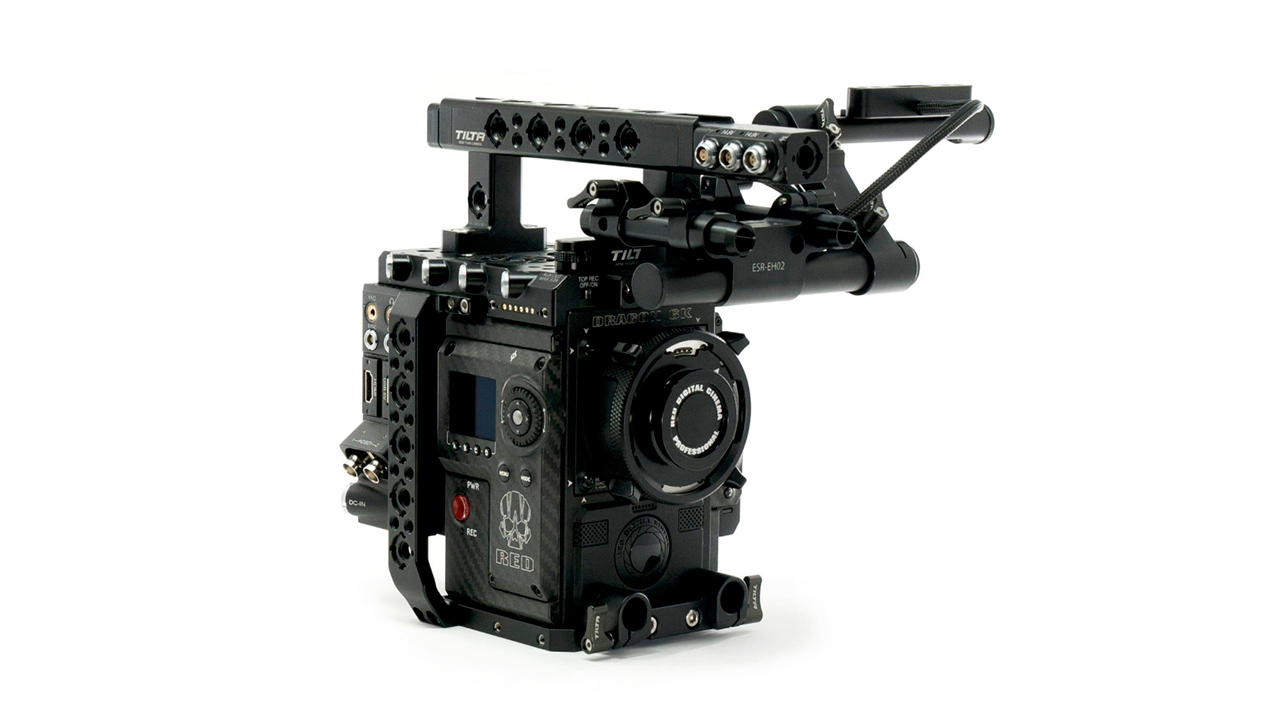 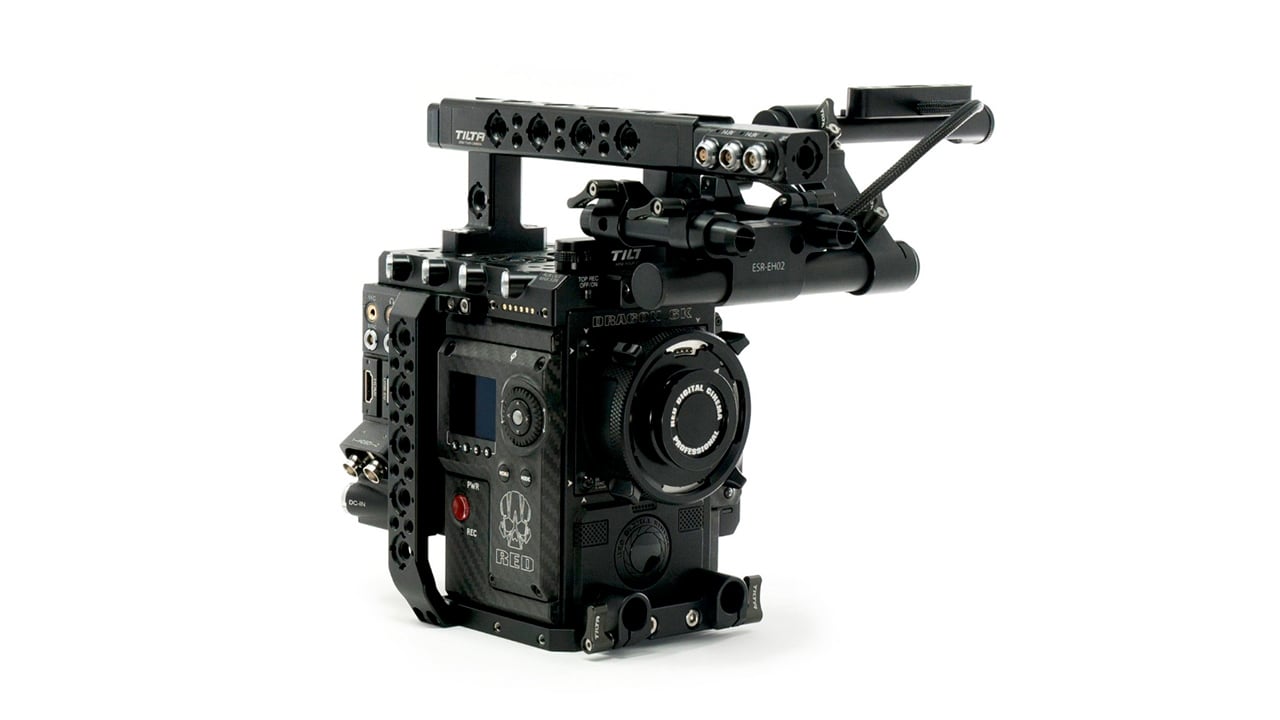 Rakesh Malik gives us his first impressions of the Tilta cage for Red DSMC2 cameras.

I recently took delivery of a Tilta cage for a Red DSMC2 camera. Here are my first impressions of the cage.

The version I purchased includes Tilta's advanced I/O module, which differs from the basic I/O module in that it has XLR ports and (according to the website) a built-in wireless video transmitter module. I've been putting it through its paces during a trip to Himachal Pradesh, where we were filming scenic and documentary footage including some interviews with villagers living at elevations between 12,000 and 15,000 feet in some of the most remote sections of the Himalayas.

The fit and finish of the parts are very pleasing. Each part feels solidly built, while still being relatively light. Due to the materials Tilta chose, the cage is pretty light overall, so in spite of adding to the bulk of the camera somewhat, it only adds around a pound to the weight, a little more for the monitor mount.

Installing it is pretty straightforward. You first install the I/O module, which required removing the battery plate first. It attaches with four screws like all of the modules for Red's DSMC2 bodies. The top plate connects to the top of the camera with four screws and has an interface that connects to the top of the I/O module to get power and data.

The cage is available with either a V-mount battery plate or a Gold mount battery plate. Mine has a V-mount plate, which unfortunately doesn't support Red's protocol to calculate the time remaining on the battery, so the camera only shows the battery's current voltage output. Hopefully, this will be fixed with firmware revisions.

The Advanced I/O module provides, in addition to XLR ports, a headphone and 4-pin Lemo port for control, an HDMI port, and a USB port. It also includes 3 HD-SDI ports and a Lemo power port. These are all on the right side, the top of the module has three Lemo ports for power, two 3-pin and two 2-pin, also on the AC side of the camera.

The top plate includes additional BNC ports for timecode, genlock, and trigger. The top handle has a record button that can be disabled via a slider switch on the front of the top plate, plus an optional power module that adds three Lemo power ports.

The power module can be installed in the front or in the back, and oriented up, down, left, or right.

The cage includes a baseplate with a dovetail that works with Tilta's studio base plate (which should be but isn’t, compatible with the Arri standard), plus a side plate that sits between the top plate and the base plate and adds mounting points on the AC side of the camera. Also included is a POGO-to-Lemo adapter that enables using older Red monitors that predate Red's POGO port, as well as Red EVFs.

With the top handle installed, there's no room for a monitor on the top POGO connector, so Tilta includes a POGO extender with an 8-inch cable, plus a bracket to put the monitor on. The bracket assembly includes a pair of short rods and basically cantilevers the monitor out in front of the camera in its default setup. This has the benefit of improving the ergonomics of the monitor since it's now possible to simply relocate it for high shots where the monitor is difficult to view and also in cases where a tall batter gets in the way of a top-mounted monitor. The downside is that it adds quite a bit of length to the camera, which makes packing it with the monitor attached a bit of a challenge. Since the extender cable has thumb screws, as does the rod mount, it only takes a minute or so to remove it from the camera for packing and to reattach it for operation. The extra length is shorter than the barrel of either of my Sigma ART lenses, so in operation, it's not an issue.

Overall, it's user-friendly and it makes the camera quite a bit more ergonomic than the stock body-only configuration while adding a reasonably small amount of weight.

There aren't any physical controls for preamps on the I/O module, which means that, to adjust the preamps you have to use the onscreen controls instead. Given the price of the cage overall, it's an acceptable tradeoff, but it's not professional grade. Red's virtual sliders aren't nearly precise enough and adjusting faders shouldn't require an onscreen menu anyway.

The last downside is that the XLR ports don't include phantom power. I contacted Tilta support and learned that due to reliability problems with phantom power, the engineers removed it from the module. From my conversation with Tilta's support, it seems that the engineers are working on an update that will add phantom power back, but it's not certain that Tilta will be providing an update for current customers by replacing their modules.

If you're looking at a Tilta cage, I recommend avoiding the advanced I/O module and sticking with the basic one. The advanced module doesn't offer enough value to justify the extra cost and bulk, since the XLR ports, lacking phantom power, are mostly useless without an external phantom power box. We used a Whirlwind phantom power supply box that takes four AA batteries. We were able to get decent sound from it, but this setup relies on Red's preamps to provide gain and while Red's preamps are decent, any audio solution for DSMC2 needs to have quality preamps in it to be professional grade and this Tilta kit simply doesn't cut it in this regard.

It has the potential to be a great cage, but Tilta needs to address the flaws by adding better preamps, physical faders and low-pass filters, so for now it would be best to stick to the basic I/O module and skip the advanced one. If you need professional quality audio on camera, you'll have to look elsewhere. If you're using an external mixer or recorder, the basic I/O cage is a good bet, since it includes most of the same functionality, but with less bulk and cost due to not including XLR ports.

The base Tilta cage costs between $2999.99 and $3999.99 depending on the model you choose, plus the cost of any additional modules that you may purchase.