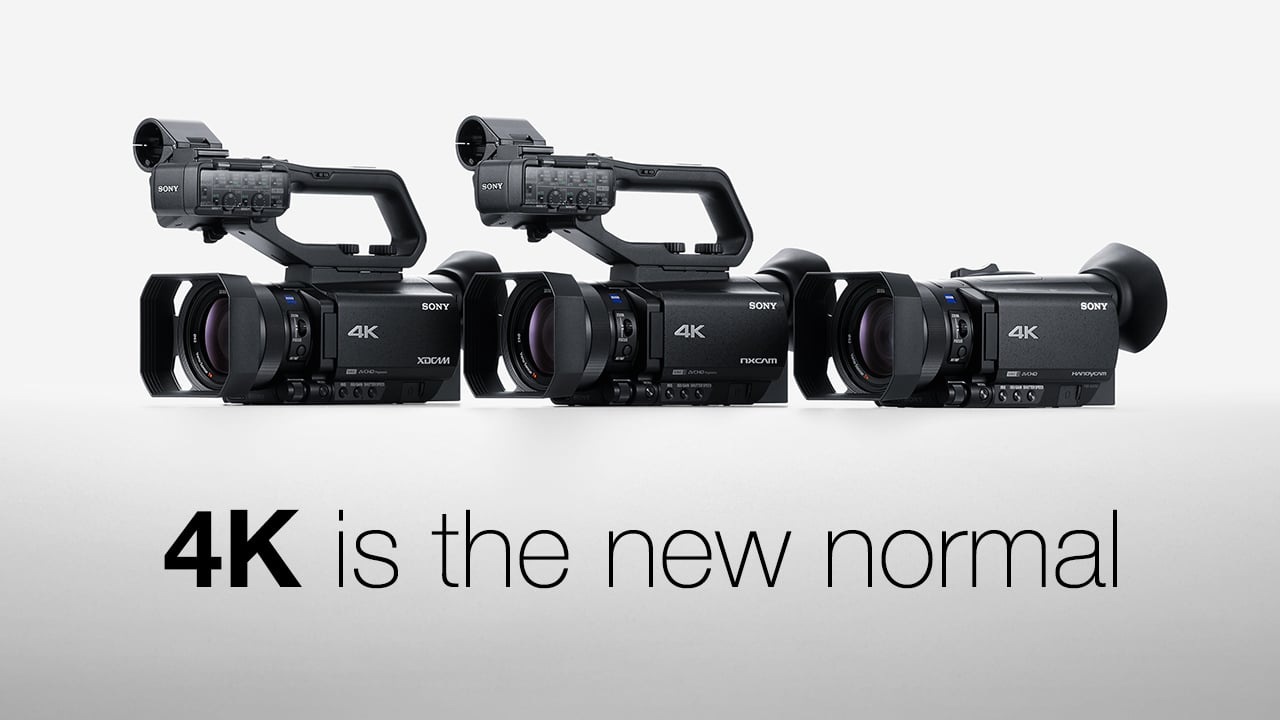 4K HDR is becoming such a standard that it has almost been added as an afterthought to the announcement of Sony's three latest new camcorders with the main headline being the inclusion of the company's ground-breaking Fast Hybrid AF system.

One of the main underlying themes of this year's IBC is that 4K is pretty much everywhere, 4K HDR is rapidly becoming a standard, and it really is probably time to stop concentrating on it so much. When the latest iPhone captures 4K in 60fps you know that the road to the mass market is wide open.

The cheapest of the three new camcorders Sony has announced at IBC2017 is still more expensive than an iPhone, even an iPhone X, which is somewhat reassuring for anyone investing in one. As is Sony's reversion to model names comprising letters and numbers after the heady giddiness of Venice. The Handycam FDR-AX700 is released next month and costs $1899, while the HXR-NX80 and PXW-Z90V both ship in December and will come in at $2299 and $2799 respectively.

All three feature a 1.0-type stacked Exmor RS CMOS image sensor which aides them in capturing those 3840 x 2160 HDR images. Super Slow Motion recording allows for capture at up to 960fps in NTSC, which Sony claims is industry-leading among palm categories, and Slow & Quick Motion Full HD recording takes users up to 120fps. 4K full-pixel readout without pixel binning is made possible using an enhanced BIONZ X image processing engine, while the lens used across the three units is a 29mm (35EQ) wide-angle ZEISS Vario-Sonnar T* 12x optical zoom lens and 18x Clear Image Zoom (ramping up to 24x at HD).

It is the 273 phase-detection AF points that cover approximately 84% of the shooting area that are the main things that draw the attention though, especially as their high-density placement is also coupled with a newly developed AF algorithm. Given the challenges of focusing in 4K work, especially given some of the shooting scenarios that these camcorders are destined for, it looks set to be a popular addition to the palm featureset. Usage is simple as well: in movie recording mode the appearance of phase-detection AF frames simply indicates the focused area and allows users to monitor a subject that is in focus. AF drive speed, tracking depth range and subject switching sensitivity can all be configured as required for different subjects and content styles.

Add in a high-res OLED viewfinder (0.39-type OLED, 2,359k dots) and decent touchscreen operation on a 3.5-type large LCD screen (1,555k dots) and, at first glance, it looks like you have a lot of camcorder for the money, whichever level you go in at. Indeed, it's rather refreshing to see such a decent baseline spec consistent across all models.