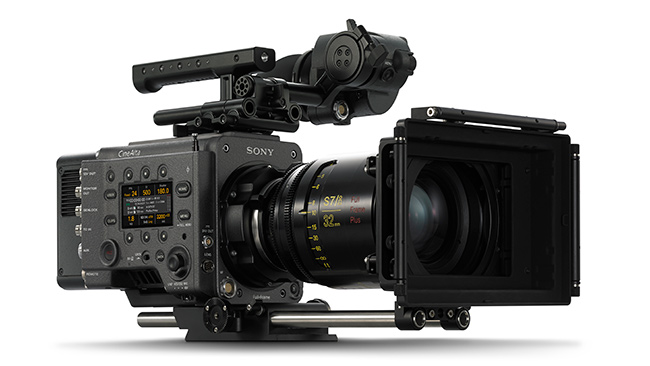 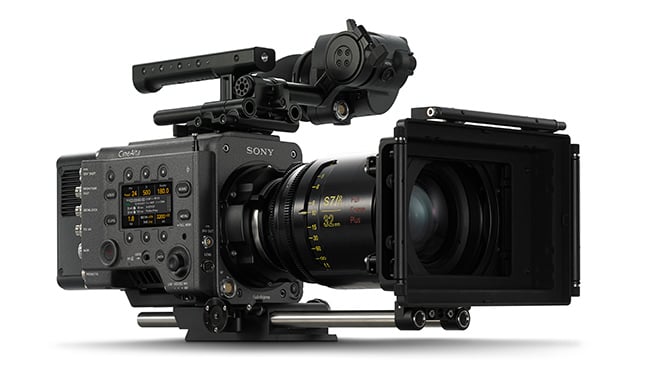 Venice a step change addition to the CineAlta line

Read Venice: what does it all mean?

At the outset, Venice marks what Peter Crithary, Marketing and Production Manager, Sony USA, calls a “culture shift at Sony” by designating the camera by name rather than by alphanumeric characters.

Beyond the name, Venice represents a new camera system and concept for Sony. Positioned as a high end digital cinema acquisition device, Venice has an entirely new form factor but peripherals for the F5 and F55 cameras remain compatible. Its boxy shape features an LED panel on the assistant’s side, a feature long requested by cinema shooters, as well as a smaller OLED display on the operator’s side.

Venice is based around a full-frame 36mm x 24mm 6K sensor. Sony maintains that the shutter speed and sensor readout of the newly-designed chip eliminates rolling shutter effects. While resolution may be somewhat misleading, nonetheless Venice sensor resolves 24megapixels while F65 is 18 megapixels. In a move to protect investments, the entire sensor block is user interchangeable, allowing new sensor technology to be swapped as it becomes available. This commitment to maintain cameras for a number of years is evident in the F5 and F55 lines which will continue to be sold (as will be the F65) which receive periodic firmware updates and feature enhancements.

Sensor photosites are larger than in prior cameras, allowing for enhanced dynamic range, color reproduction and s/n ratio.

The lens system is unique. The basic camera has a locking E-mount like the FS7 II. Fitted to that locking E mount is a PL mount. Most users at this level will be shooting PL glass but for those who need the portability or flexibility of smaller lenses, the Sony G Master FF lenses would be an ideal mate for the camera. The PL mount is compatible with Cooke/I system and records lens metadata frame by frame.

While it shoots native 6K, it also offers 4K and UHD modes as well as a 4:3 aspect ratio for anamorphic shooting. The native ISO of the new camera is 500.

Internal recording is to two SxS cards supporting the XAVC 480 codec with 4K 4:2:2 internal recording. XAVC and ProRes HD is also supported internally. The already-available R7 back adds support for Sony RAW and Sony’s new X-OCN formats. Unlike the F5 and F55 where the R7 back is merely groove-mounted, Venice mounts the R7 securely via 4 screws between back and camera body.

Venice incorporates a built-in mechanical 8 stage ND filter which is servo-controlled—useful for jibs and drones.

Venice will ship in February, 2018 Final pricing has not been announced but when pressed, Sony Europe said it might be in the region of €37K for body only.

Read Venice: what does it all mean?

Full press release follows on the next page.

VENICE is officially unveiled globally on 6th September with events in Europe at Sony’s Digital Motion Picture Centre at Pinewood Studios with renowned cinematographer Ed Wild B.S.C., and in the USA at the Cary Grant Theater, Sony Pictures Studios. At both events Sony will also screen footage produced with the new camera, directed by Joseph Kosinski and shot by Academy Award winning cinematographer Claudio Miranda, ASC.

“The launch of VENICE demonstrates our strong relationship with filmmakers around the world, and our commitment to developing tools that support directors, DOPs and cinematographers in bringing their vision to the screen as they originally intended it,” said Sebastian Leske, Product Marketing Manager, Cinematography, Sony Professional Solutions Europe. “We’ve not only focused on features to deliver the most true to life images, including colour reproduction for natural skin tones. We also thought about the best usability and operability, without compromising on quality. We’re looking forward to seeing how VENICE will be used to create Emotion in Every Frame.”

A new colour management system and wide colour gamut gives users more control and greater freedom to work with images during grading and post-production. VENICE also has more than 15 stops of latitude to handle challenging lighting situations from low-light to harsh sunlight.

VENICE has a fully modular and intuitive design with refined functionality to support smooth and efficient on-site operation.  It is the film industry's first camera with a built-in 8-stage glass ND filter system, enabling to reduce the replacement work of the external ND filter and make shooting progress efficient.  The camera is designed for easy operation with an intuitive control panel placed on the left and right sides of the cameras. A 24 V power supply input/output and Lemo connector allow use of many standard camera accessories and make use in harsh environments easier.

With VENICE, Sony is giving users the option to customise their camera by enabling the features needed, matched to their individual production requirements.  Optional licenses will be available in permanent, monthly and weekly durations to expand the camera’s capabilities with new features including 4K anamorphic and full frame, each sold separately.

The VENICE CineAlta digital motion picture camera system is scheduled to be available in February 2018.