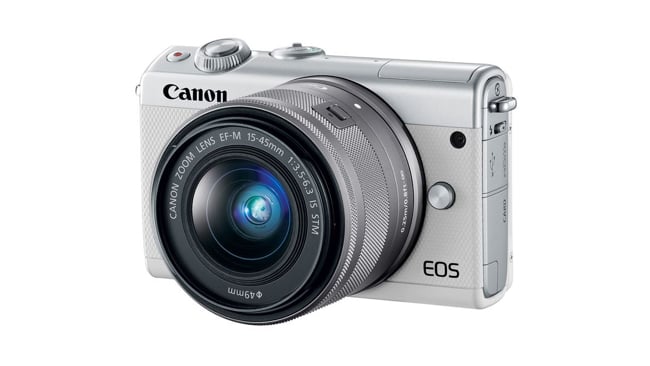 The new EOS M100 comes in black or white

It might not be the 8K film camera we’re all waiting for, but Canon’s new $599 EOS M100 is a decent upgrade to a successful unit and a good entry level introduction into the company’s mirrorless M lineup.

It is, unfortunately, a brick, with only the company’s highly impressive M5 breaking the format and looking like a camera a professional might like to be seen out and about with. But that said it is a powerfully impressive brick too, with lots of quality upgrades over its two-year old predecessor.

Chief amongst these is the bigger 24.2-megapixel APS-C CMOS sensor and the Canon DIGIC 7 processor, which is essentially the same spec as the M5 and thus should guarantee some pretty exciting pictures. Dual Pixel CMOS AF is also supported.

Canon bills this as the camera that takes users beyond smartphone photography, and with the new iPhone expected to come in at around the $1000 mark, it’s a lot cheaper too, even when you start adding lenses.

There are currently seven lightweight EF-M lenses, spanning wide-angle, telephoto and macro applications in the range for the M series, while a $199 EF-EOS M Mount Adapter allows the use of Canon’s complete lineup of EF and EF-S lenses. The camera price includes the EF-M 15-45mm f/3.5-6.3 IS STM lens, while for $949 users can also add the EF-M 55-200mm f/4.5-6.3 IS STM glass.

Video is restricted to Full HD 1080/60p video (or time-lapse) movies, while it also boasts 4 frames-per-second continuous shooting, climbing up to 6.1fps with fixed AF.

ISO range is 100-25,600, while in-camera RAW conversion is going to allow buyers to experiment with RAW photography and experiment with various in-camera expressions. It’s also fully connected as most devices need to be nowadays, boasting WiFi, NFC and Bluetooth 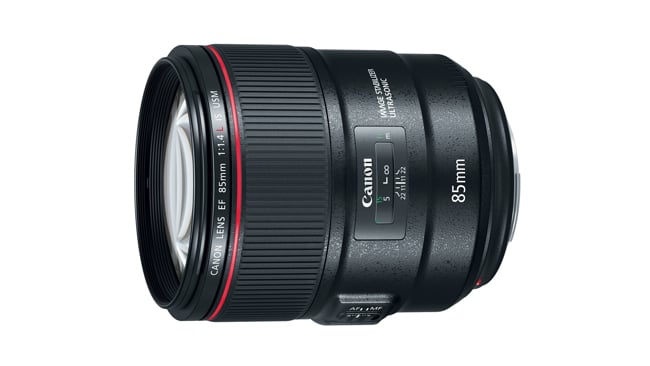 The $1599 EF 85mm f/1.4L IS USM is the first Canon EF 85mm lens to feature image stabilization, providing up to four stops of shake correction and a 9-blade iris allows for what the company says is ‘beautiful’ bokeh.

The Tilt Shift lenses allow users to finesse control over perspective through the tilt function and depth-of-field through the shift function in their images. Canon says that these new models are a step up over previous models, including larger tilt, shift-and-lock knobs, lock-release button and a new tilt-locking mechanism that firmly locks the lens in the zero-tilt position to help prevent unintended tilting. The rotation of the tilt shift lenses also allows users to freely change the axis of tilt movement and shift from right angles to parallel to better adapt to different shooting conditions and situations.

All lenses are scheduled to be available in November, with the tilt shift units coming in at $2199. The EOS M100 ships in October and will be available in either black or white.