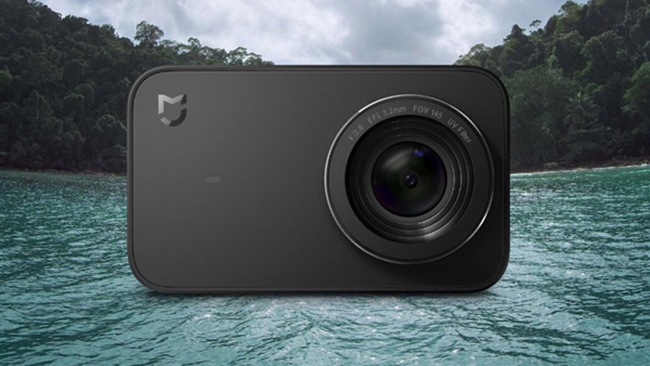 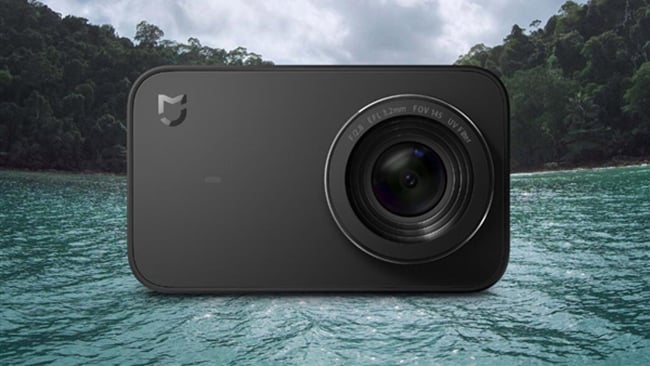 It is a fantastic time to be buying an action camera. At no period has this been better illustrated than now. Xiaomi has been making waves with its existing action camera line, that have been giving GoPro a very serious run for their money. Now the company has released a new camera into the fold, that offers many features found on higher budget rivals, but at an incredible sub £100 price point.

Xiaomi, the company that designed the excellent Xiaomi Yi camera, has released a new low-cost action camera called the Mijia 4K. 4K would have once been the stand-out feature of the camera. With a lot of action cameras now having 4K capability these days, it is starting to be almost something that is expected, but Xiaomi has another big feature to get excited about. The Xiaomi Mijia camera also features 6-axis electronic image stabilisation. This consists of a 3-axis gyroscope in addition to a 3-axis accelerometer which should work together to make the image really stable. It should be an interesting camera to mount on a low-cost gimbal or stabiliser to see how far the combination of the two can achieve really smooth handheld video. Even when using the camera in isolation, it can't hurt to have really good image stabilisation for a camera that might be used in the context of action sports or some other kind of video of a similar dynamic nature.

There is a 2.4 inch touchscreen monitor on the back of the camera so that, should the need arise, you can actually see what you are shooting directly on the camera itself, but of course, you can also use an app on your smartphone for monitoring the video over Wi-Fi or Bluetooth.

One downside is that the camera doesn't appear to support 24p or 25p. It does, however, shoot 100fps in 1080p and 200 fps in 720p. It also shoots 30fps in 4K (3840 x 2160) and 60fps in 2.5K(2560 x 1440). So it only has 60Hz modes, but if you are shooting outdoors and delivering on the web, this may not be a problem. The slow motion modes sound nice on paper. If we are lucky the 200fps mode might even be a practical option, because if it works well, you could always upscale the 720p video to 1080p in post. However, the highest frame rates on cameras also tend to have the lowest quality as they are often achieved by techniques such as line skipping and that can reduce the quality of the footage. The proof of the pudding will be in the eating.

The camera features a 1/2.5 inch 8MP Sony IMX317 sensor. The fixed lens has a 145-degree angle of view and has a focal length of 3.2mm. The aperture is f/2.8 when fully open. There is also software correction for any lens distortion that might occur. Video is recorded in H.264 format and there is a 3D motion noise reduction feature.

Another feature of note is a Photo and Video Interval Timer for creating time-lapse sequences. The settings are for intervals at five, 10, 30 and 60s. There is a loop recording feature with durations of one, two and five minutes. It can also shoot photos in continuous mode of three, five and 10 photos per second.

It shoots to a class 10 or higher SD card up to a maximum capacity of 64gb. The dimensions of the camera are: 71.5 x 42.7 x 29.5mm / 2.8 x 1.7 x 11.6" and it weighs just 99g / 3.5oz (including the battery). The battery is actually built into the camera and is a 3.8V 1450mAh Rechargeable Li-ion Polymer Battery. Apparently, the battery life is about two hours at 4K resolution. At present, there is no waterproof housing available specifically for the camera, but this may well follow in time, especially if the camera proves to be as popular as the Yi series cameras have been.

The camera is not as fully featured as some of its rivals but it does have the advantage of an affordable price tag instead. The camera costs about £80 or $100.