Is the Nikon D850 waiting in the wings with 8K timelapse? 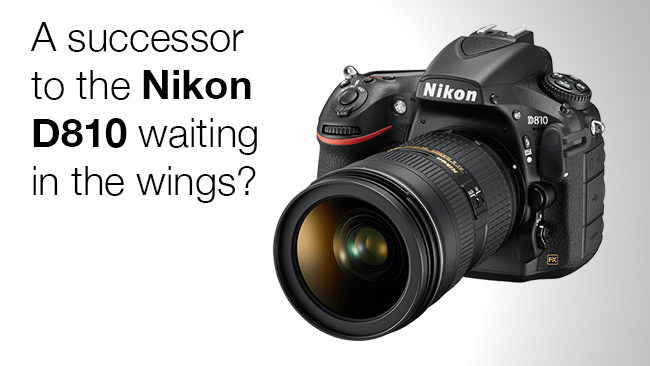 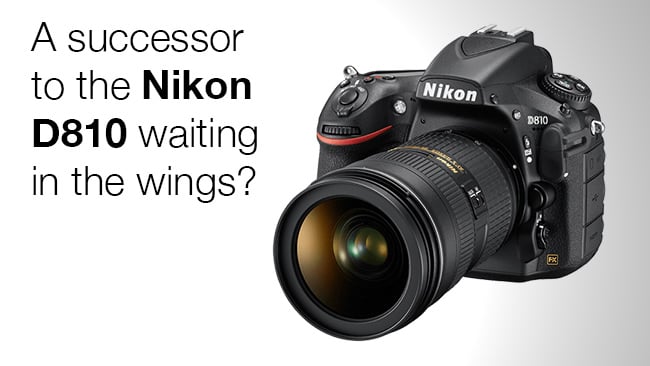 Could the successor to the D810 about to be unleashed?

Rumours abound. A successor to the Nikon D810 has been anticipated for some time now. Rumours have been flying as to what the specifications might be. However in recent days information about its specifications have begun to leak out, including 8K time-lapse video capability and versatile slow motion abilities. No official announcement has been made, so it's a good idea to treat this as the purest form of speculation. However this is what we think we know so far!

Way back in 2014 Nikon released the Nikon D810 into the world and it became a much celebrated and popular DSLR camera for still photography but it was also the Nikon camera that filmmakers connected with. Emmanuel Lubezki, the cinematographer on The Revenant even owns one, and at the time of its release it set a new high bar for full-frame DSLR video. Recently Nikon celebrated its 100th Birthday, and amongst all the fun it announced that it is working on the successor to the Nikon D810, the Nikon D850 (and not the Nikon D820 like a lot of people were expecting!) The first hints that Nikon gave about the camera were touting its 8K time-lapse capability, and now some slides from a Nikon presentation in China have surfaced and it looks like Nikon is going to be focusing on promoting the sheer resolution of the DSLR camera. The camera also shoots 4K UHD video in FX format with no crop, and does not use an anti alias filter so it won't have from the softening of the image that other DSLR cameras can suffer from. It will be interesting to see if it can manage to get away without using such a filter without suffering from aliasing but it might be possible to use some kind of external filter if it turns out to be an issue.

The camera will also shoot 120fps in full 1080p which should mean you can achieve really smooth slo-mo shots without having to compromise too heavily on resolution. Obviously you have to take a bit of a hit on resolution because the camera wouldn't be able to keep up with the pace of recording 120fps at 4K, but 1080p seems like a very practical compromise as a lot of televisions still max out at 1080p anyway. Whether the 120fps is achieved by a downsample from 4K or by line skipping is unknown, but in theory it should be an exciting feature for the camera. High frame rates like this have traditionally only been available on high end cameras (you even need an extra license to shoot 120fps on the Alexa), or at the other extreme as an option in your mobile phone. This has changed a bit more recently thanks to Sony, with more affordable cameras like the Sony FS700 and the Sony FS7. Even the latest version of Sony's new DSLR the Sony A7s Mark II can shoot 1080p at 120fps, so it's great to see Nikon joining the party and offering 120fps video too. It looks like shooting slow motion video won't be such a big issue any more.

When Tom Lowe shot the timelapse movie "Timescapes" on a Red Epic MX camera a few years ago, he was limited to shooting at a maximum of 5K but when the Nikon D850 arrives it will be possible to shoot 8K timelapse on a small affordable DSLR. The 8K timelapse feature seems like it might be both genuinely fun and practical. While 8K video requires a lot of storage, the shorter durations of the video that result from shooting timelapse mean that it's more manageable than it would be to shoot 8K video at 24 frames per second. There is of course the issue of how to show your finished 8K masterpiece in a world where cinemas are mostly 2K and where 4K televisions are a relatively recent development. Perhaps NHK's 8K television project will take off and they will need content for it. It never hurts to be able to downsample however and at 8K you can be sure that you are ready for the future.

The full specs for the Nikon D850 were also from slides that were shown during the Nikon presentation in China:

As we can see from the specs, the camera also supports a high ISO of 108,400 which should mean it can shoot in really low light condtions. The native ISO tops out at 25,600, so presumably anything above that is achieved by gain. But although gain leads to more noise. How much an individual considers to be acceptable is something that varies from person to person.

Hopefully the new Nikon D850 camera will be at least as much of a hit as the Nikon D810. The official announcement of the Nikon D850 is still to come, so expect a lot more detail follow.