Why is the cinema experience so bad, so often [Opinion] 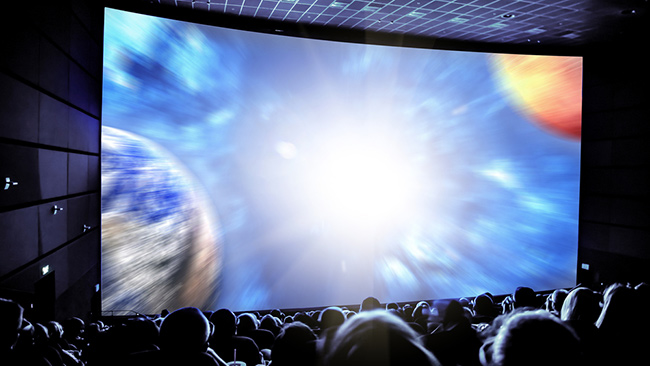 [Replay] This was written pre-Covid, however not every country in the world is shut down, so it is still relevant. By every reasonable expectation, going to the cinema should be the ultimate way to enjoy a film. But it seems that occasionally venues can leave the experience wanting. So what are the challenges facing cinemas today, and should we be even having these issues in the digital world?

It does seem to have become more and more common that we hear about poor experiences at the cinema. Aside from my own personal gripe, which questions why cinemas would want to sell noisy food like popcorn, crisps, and slurpy drinks filled to the brim with ice, while simultaneously telling people not to talk or use mobile phones, most complaints are generally more centred around the picture quality and sound.

This was brought home to me recently when I went to see the Christopher Nolan tour de force, Dunkirk. For those who have not seen it, the film itself was shot on different types of film stock depending on what was being filmed. Mostly 5-perf 65mm IMAX format, but with some standard 65mm as well where it was more suitable. This created a bit of a problem when it came to distribution, and as a result the movie can be seen in any number of formats. 70mm IMAX, 35mm scope, and digital projection being the most prominent amongst others.

Nolan intended for the film to be shown in IMAX cinemas, but of course for a truly widespread release this would not be practical on its own. As a result many different distribution formats were created for it. The majority of them cropping the picture in some way or another.

The projection that causes the most problems is the DCP one. Digital projection should make things easy, but when faced with a non-standard aspect ratio it can cause huge headaches, particularly for multiplexes. Dunkirk is no exception. The DCP “print” of the film is framed at an aspect ratio of 2.20:1, but is contained within a flat (1.85:1) container. What does this mean? In simple terms it means that the film is letterboxed.

The instructions that come with the DCP package informs the projectionist to project the film using the flat setting on the projector. All fine and dandy. However if you simply do this and show the film on a scope shaped cinema screen, you will see the movie as a window-box within the screen. A bit like watching a film on a friends 16:9 television, who has mistakenly told his disc player or set-top box that it is playing on a 4:3 TV. In other words you might want to bring a magnifying glass to watch the film with.

A friend who has badly set up equipment is one thing, but in a cinema it is pretty much unforgivable. Which is why the DCP print of Dunkirk also comes with instructions to create a preset for the film, which zooms the image to fill the full height of the projection screen. This isn’t unusual, and has been done for other films distributed in non-standard aspect ratios, too.

The big problem for chain cinemas is this. Any single screen in a multiplex cinema can be used for any of the current films. Rarely is one screen reserved solely for one movie. With many projectors being controlled remotely, it often isn’t viable to go between setups for different films. Cinema chains are about cramming in as many people into a screening as possible, and then moving them out again, as quickly as possible. Anything that slows this process, or costs time and money is likely to receive short shrift. Adjusting a projector for one film falls very much into that category.

It is, therefore, unlikely, unless you are very lucky, that you will see Dunkirk in a multiplex cinema with any degree of respect being shown to how the filmmaker intended you to see it outside of a physical 70mm film IMAX projection. Which is a great shame. Although it does seem that some projectionists have ignored the studio instructions, and have projected the film in ‘scope’ mode, which results in some very slight cropping at the top and bottom, but at least it is presented using the full height of the projection screen.

When it comes to other problems, though, the cinemas have less to excuse them. Most especially when they are using digital projectors. Everything from issues with contrast, poor focus, and even glitchy sound have reared their ugly heads. I have been to film showings, for example, where I was convinced that somehow the LFE channel had been turned off.

The reasons for such problems can be anything from a badly set up projector, through to not maintaining or checking the standards. They can also be caused by outside influences. Bad auditorium design for instance can leave the red glow from exit lights shining onto the screen. Some cinemas even leave some residual ambient lighting on during showings, which will not do the projection any favours at all.

The sad thing about all of this is that such problems are becoming more commonplace, and unfortunately individual, privately run cinemas, who might care about the presentation quality (sometimes, but not always) are becoming ever rarer. Given the current cost of a cinema ticket, and the premium you might pay for the ever multiplying “VIP” seats that now often line the best positions in the auditorium, the least we should be able to expect is that the film is being shown to us exactly how the filmmakers and the studio intended it.

All of this of course assumes that film as a medium is an artistic one, and that it is being treated as such, with respect. But the cold, hard truth is that films today are products. They are a commodity. A hugely expensive one, but a commodity none-the-less. The marketing may try and dress them up as important and artistic visions, but at their heart they are money making products.

At one time not so very long ago, cinemas went through a bit of a doldrums period. In their efforts to bring people back we were given everything from surround sound with a hundred speakers, and 3D among others. With widespread HDR approaching for home viewing, cinemas will be faced again with a need to give us something that the majority of people won’t find easy to replicate in the home.

The answer to this problem is in fact very simple indeed. The one thing that cinemas could give us is right in front of their noses, and well within their gift to give to us. A perfectly set up auditorium that shows us the film precisely how the filmmakers intended. No gimmicks, just a perfect picture, with perfect sound, with no distractions. Good products, and good customer service trumps everything else.