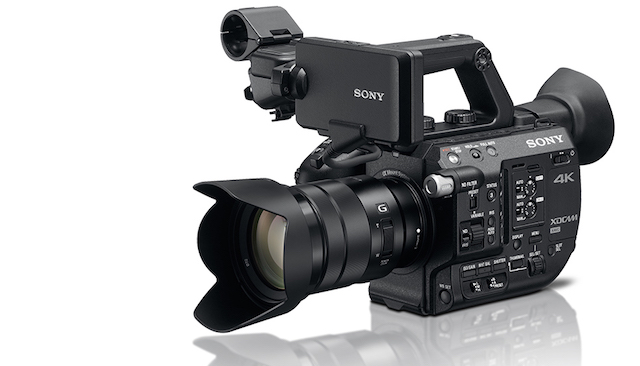 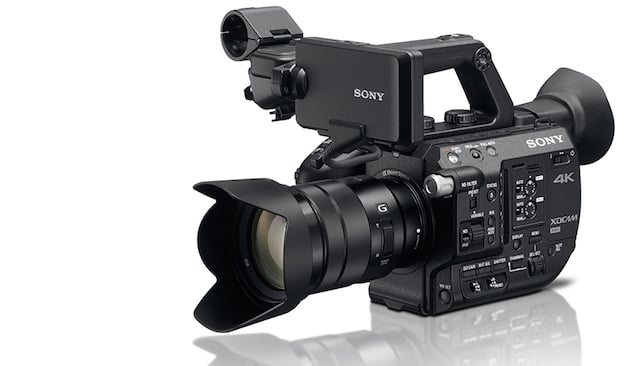 Sony gives the little FS5 a load of love with a new firmware update with three really exciting new features for the camera.

The Sony FS5 has half the power draw of the FS7 as it's not as powerful a camera but the much smaller size and lower price of the Sony FS5 should also mean it can find applications where it's larger sibling might not be as useful. Hopefully these updates will help people really extract the most from the FS5 so they can make its benefits far outweigh its limitations.

The three new features Sony are providing in the new version 4.00 firmware are support for Hybrid Log-Gamma (the HDR standard developed by the BBC and NHK broadcasters) an option to change the minimum ISO number to ISO 2000 instead of ISO 3200, and finally support for shooting continuously at 120fps in 1080p, although you need to buy an additional license to use that last feature whereas the firmware update is otherwise available for free from Sony’s website.

It's actually the least exciting sounding of those three new features that has people the most excited because the ability to change the minimum ISO sensitivity could possibly improve the ability of the camera to record in bright lighting conditions.

The new minimum ISO setting of 2000 matches what Sony have been calling the native ISO of the FS7 sister camera from Sony and some FS5 users are hoping that this change could mean that their cameras will perform a bit closer to the FS7 in some conditions. Obviously there are a lot of differences between the two cameras including the different codecs they each use, so whether that turns out to be the case or not we will have to wait for some tests to see. But it should make it somewhat easier to shoot in brighter lighting conditions when using S-Log especially with the aid of the built in ND filtration of the FS5.

These new ISO's are for S-Log2 and S-Log3 however but if those are your go to shooting modes then it should be a great new feature you can get for free.
The new ISO's are:

Hybrid Log Gamma on the other hand is perhaps the most exciting update if you are looking to move into shooting in HDR. The Hybrid Log Gamma standard was created by the BBC in partnership with NHK with the intention of making the whole issue of HDR production much easier. It allows you to shoot HDR footage much like you would shoot standard REC 709 i.e. in camera and without the need for a colour grade. The HDR metadata then allows displays that support the HLG standard to show the footage in HDR as intended. There are 4 new hybrid gamma modes for the camera:

Hyrbid Log Gamma allows you to use the following ISO settings:

The viewfinder and little LCD screen that are built into the FS5 are not actually HDR capable but Sony has added a mode called gamma display assist, to aid you in getting the images right anyway.

The new firmware also provides support for shooting continuously in 120fps High Frame Rate (HFR) recording at a resolution of 1080p, but you need to buy the additional license to unlock this feature (CBKZ-FS5HFR). This costs $499. It's a very nice feature to have though, as normally you would only be able to shoot at 120fps in 16 second bursts and it always seems to be that moment between bursts when something important happens which you wish you had captured! Obviously this might be less of an issue with narrative work where you can plan and control the shot but even then if you just want to record for longer than 16 seconds then this feature could be your friend.

Just not a very cheap one.