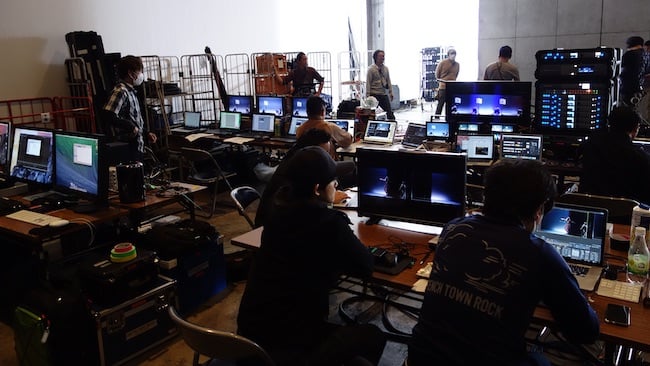 Tokyo-based post facility Digital Garden was briefed to create an 8K HDR video for a global technology client. This is how they did it.

Blackmagic Design recently shared a case study to show how their rack-mountable modular components, such as the Teranex and ATEM range, can be configured to meet the varied requirements of on-set DIT workflow. In this instance, Tokyo-based post facility Digital Garden was briefed to create an 8K HDR video for a global technology client. With the final delivery format specified, it was then possible to reverse engineer the required workflow. And it really is quite an interesting case study in how to go about it all. 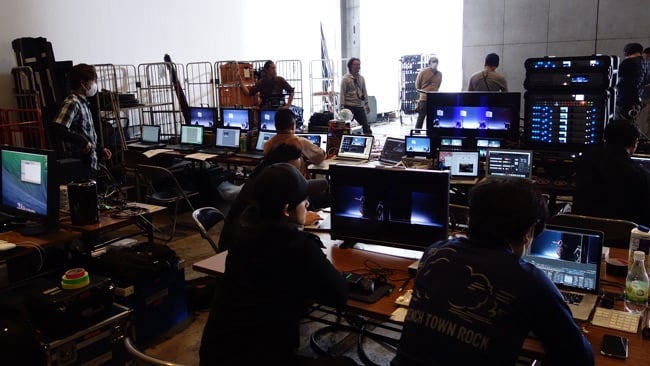 With a punishing 3-day schedule, an effective DIT system was essential, blending traditional Production and Post elements into a seamless workflow. To allow high-speed shots from three unspecified 4K cameras to be stitched into a single 7680 x 2160 video, Digital Garden built their custom DIT system around a number of Blackmagic products, with Videohub router and ATEM 2M/E Broadcast Studio 4K video switcher at the core. Teranex products were employed for conversion, HyperDeck Mini 12G for ISO recording, Ultra Studio 4K for capture and playback, and last but not least, Davinci Resolve STUDIO was deployed for both on-set and final HDR colour correction. 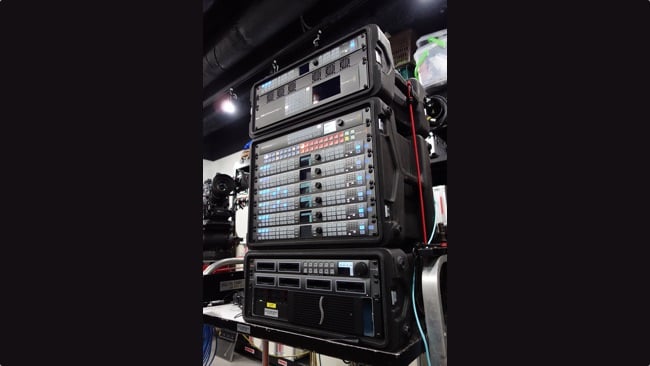 Box of Tricks - BMD and Sonnet

If you’re unfamiliar with these Blackmagic Design components, it’s worth repeating some of the case study description of the signal path and the role each device played in the chain.

Each camera’s 1080 60P output was sent to a Smart Videohub and then up-converted to 4K60P via three Teranex Express. The up-converted image was then sent to the ATEM 2M/E Broadcast Studio 4K, used for monitoring in HDR 4K60P. The video from the cameras was composited into one video temporarily to check stitched images on set and the stitched video was output to two consumer 4K TVs for the client to monitor and a 4K master monitor for HDR monitoring. To send the feed to these monitors, two Teranex Mini SDI to HDMI 12G and a Teranex Mini SDI to Quad 12G were used and the HyperDeck Studio 12G was also used to record the stitched image for anytime playback.

The camera outputs from the Videohub were captured on set for use in post-production in conjunction with three UltraStudio 4Ks to capture QuickTime files, which could be accessed through a network. Rough stitching (composited with VFX software) and the offline edit were all done on set.

So that’s how the signal was routed and recorded, allowing work to commence in parallel so the Digital Garden team could focus on the creative/technical challenges ahead. All this had to happen in real time on-set, including HDR 4K60P monitoring and several consumer UHD TVs used for client monitors. In such a mission critical environment, stringent QC processes are required. Shinichi Futagami, lead technical manager at Digital Garden, explains that parallax problems caused by the three cameras’ offset PoV meant they had to carefully monitor HDR range, focusing and the stitch quality, ‘’which is why we built the DIT system.’’

The Challenge of HDR

In order get the most from beautiful HDR images, Digital Garden needed to use the full dynamic range of the camera. As the final piece had to be delivered in HDR, Digital Garden used DaVinci Resolve STUDIO to develop the grade on set before moving to editorial and finish. ‘’Having a colourist on set to decide the tone for this project as close to final grade as possible, meant we could do more accurate exposure control, throwing unwanted black and getting the most of the details in highlight.’’

Forgive me, I thought HDR meant keeping rather than jettisoning detail? Anyway, Shinichi continues: “The colour management feature in Resolve allowed us to simplify the HDR workflow. I also found that Resolve could handle the RAW footage from the camera used for this project very neutrally, bringing the beautiful and correct colour to the shots.”

As part of its colour correction services, Digital Garden has a creative partnership with some of the industry’s key creative studios such as MPC and Company 3, offering Remote Grading services via several DaVinci Resolve suites.

Key take away points from Futagami’s interview about the components of the DIT system are:

I can’t quite get my head around the maths on this. Why shoot 1080 60P, up-convert to 4K60P before stitching together the 8K, instead of just shooting in 8K? They no doubt had their reasons, possibly to do with the high-speed capture — I asked Mr Futagami for an explanation but didn’t get a reply in time to add it here. If Digital Garden come back with an answer we’ll add it to the comments below. 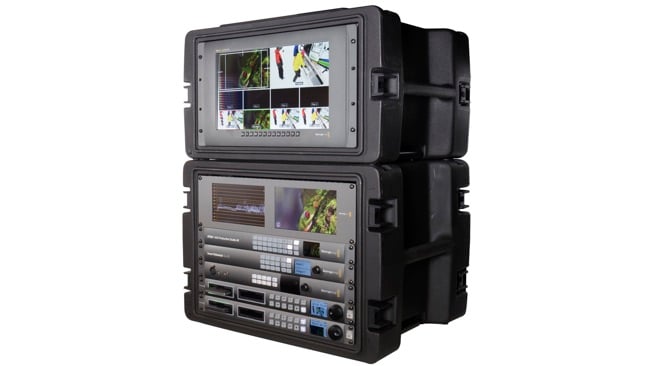 Digital Garden was clearly impressed with the results, hence the ‘sizzle reel’ case study published by Blackmagic Design, but having used a similar set up — mounted in a roller rack case (reviewed previously as part of a Portable Production Unit on RedShark) — I can add testimony to the claim that the modular nature of rack-mountable components means that it’s a relatively simple process to house the various units and custom configure the signal path for any requirement, whether studio, OB, live production, DIT or video village. Big LEGO for grown-ups.

What I find most interesting about the Digital Garden case study is that it perfectly illustrates the reality that digital video workflow is no longer a strictly linear process — the difference between imagining workflow as a ‘volume’ and not a ‘line’ with arrows facing in one direction. It requires collaboration between the craft departments and a move away from silo thinking. And who is the nexus of this change? The humble DIT — the new Renaissance Wo/Man on-set.