Upgrading the automatic mode on cameras with Arsenal 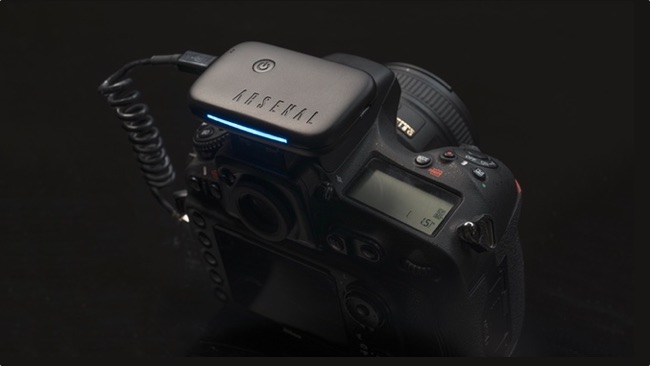 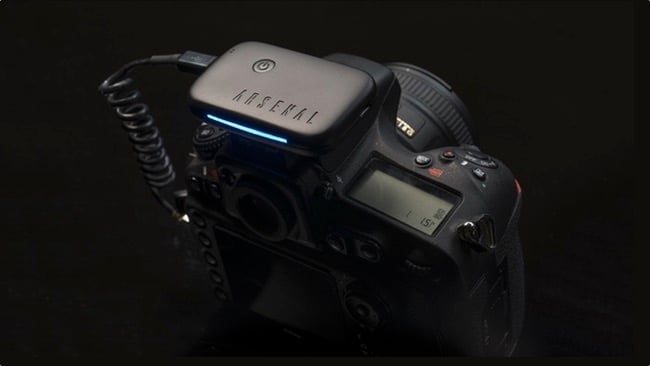 Currently a big hit on Kickstarter, Arsenal is billed as the first intelligent assistant for DSLR and mirrorless cameras and couples ultralight hardware with an impressively fully-featured iOS or Android app.

On a fully staffed film crew, the camera team usually consists of more than one person. There's an operator who might also be the DoP and more often than not, there's also at least one camera assistant (AC). One of the things that a good AC helps with is to take care of the camera settings so that the operator doesn't need to worry about them.

Still photographers don't usually have that type of help available, so they have to take care of those settings themselves. That can be a distraction if, in order to get to a setting that needs changing, you have to dig through several menu items to find it first. Often, those settings get missed. Additionally, even experienced photographers will sometimes miss settings and ruin shots when they’re in a rush and have to remember to set all of those settings themselves — like when they’re rushing to reach the viewpoint to catch the golden hour light.

On the surface, Arsenal is essentially an upgraded "automatic" mode for your camera. It's trained with a large number of images to figure out what it thinks the ideal settings are for the scene you're shooting and it can even control a fairly wide range of cameras, setting many of those settings for you.

If that were the limit, it would mostly appeal to people who don't really want to learn photography, instead preferring to let the camera do the thinking for them, but Arsenal doesn't stop there.

For people who are more discerning in their photography, Arsenal can act more like an assistant. Being trained on a large number of images — millions according to the creators — it's able to identify the optimal settings for the shot you're setting up, including accounting for lens strengths and weaknesses and even camera movement using a built-in accelerometer.

Rather than telling you how to set up the shot, it lets you tell it what you want. It can choose a focus point to optimise hyper-focus or you can tell via the app what you want in or out of focus and the Arsenal will find the ideal focus point in the image to accomplish that for you. You can choose the part of the image to use to determine exposure by tapping on that part of the image in the app and evaluate the resulting exposure.

It does carry this a step further by including automation functionality also. It can automate exposure bracketing, figuring out how many images the scene needs to get an optimal exposure and then even blend them for you. On top of that, Arsenal says that it can blend the exposures and then write them back to the camera's SD card as either JPG or a new RAW image. It can also do this with a range of focus points to create a deep focus image or combine multiple photos to create a long exposure image without requiring ND filters.

A major feature that will probably appeal to a lot of landscape photographers who are also interested in video is the time lapse automation. Arsenal lets you program a time lapse and then takes care of executing it for you. It can go so far as to update the exposure for the next shot based on the current shot, simplifying the task of bulb ramping and taking a lot of the guesswork out of the equation.

On the camera assistant side of things, Arsenal also has some focus aids like a 1:1 preview that you can view on your phone's screen and quick previews of the images as they're captured, even to the point of allowing you to see a time lapse capture in progress.

And it can also function as a remote trigger, responding to either motion or sound to trigger shots — for example, if you set up a remote camera to capture wildlife in a blind while you're elsewhere with another camera in hand. It also includes a "good light" trigger option, where you can set the lighting point at which to trigger the shutter so that you could set up multiple magic light shots at once.

If the Arsenal device lives up to its promises, it could make photography easier for people who don't have the interest or time to learn how to set the camera, simply function as a phone-based remote control or act as an assistant, helping photographers realise their artistic intent more easily and quickly.

The Kickstarter campaign for the Arsenal is underway now, and it's already achieved nearly 10x its funding target.

Thanks to PetaPixel for this one.