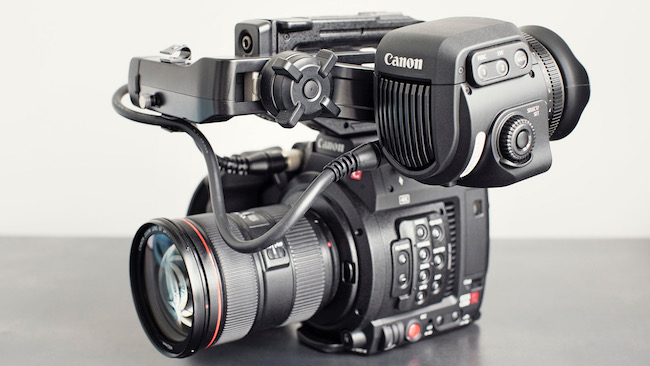 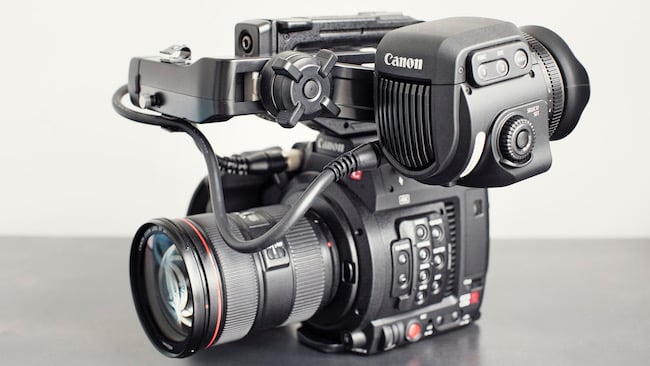 48 hours in and the C200 is living up to expectations

RedShark Review: Brett Danton has been using a Canon EOS C200 for a couple of days now. His verdict? This is the perfect entry-level RAW 4K cinema camera.

I have had an EOS C200 for 48 hours now and have had a good play. On first opening the box I was pleasantly surprised at the size, the height is much shorter than the C300 my instant thought was gimbal and drone use, also with the double mount top plate which should make everything very stable.

It’s a well-made unit and has all the quality feel of the other Cinema EOS cameras, something you would expect from Canon.

Something I feel Canon is achieving over others is a constancy in developing a product range with standardisation across models; when I first picked up the camera it felt familiar to hold, the major controls were placed in spots I already know, and this came from using 500, 300 and now a 700. If you have had the pleasure of jumping between different cameras on shoots this can make the difference in getting or not getting the shot, fumbling to where you think that button is or was, or (when rented) the embarrassment of not looking like you know what you’re doing. If you work with the professional line of Canon stills cameras this concept is familiar, you can go from each and operate very quickly. The buttons can also be programmed to a user mapping choice.

In terms of ergonomics, I like the side grip front hold. Maybe it's because I come from a stills background, but in this size unit and, because of the grip it can be used with, it makes total sense; it can lead to more dynamic shots and the ability to throw the camera around a little more. Third parties like Vocas have already announced very neat shoulder setups for shooting that way if preferred.

The other optional piece I had was the Canon viewfinder, the best I have used to date. You can’t use this at the same time as the touchscreen, but when mounted on the camera it makes everything extremely usable, especially for the one man shooter using autofocus. Pressed to my eye and arms tucked in it felt incredibly stable. The rear viewfinder has a great image but the external finder takes it to the next level, if you shoot outdoors in full sun, extreme environment or anything tricky, this makes using the camera an absolute joy. Also, should you shoulder mount you now have a full viewfinder that can also be used with a 300 and 700 as well.

Let me get my couple of dislikes over with, the mount for the touchscreen is over engineered; I can see what they were trying to do, but for me just does not hit the mark. I am sure third parties will sort this out quickly. The other was the flap for the CFast card — to me it made removal awkward. Aside from that everything else felt right, full-size XLR inputs, and easy access well-positioned sockets.

The appeal of this camera for me comes down to shooting RAW internally in a small form factor. It’s a lite version (‘Light’ as Canon style it) but still using the RAW data. Canon, in my mind, has always had the best colour science. The C700 I use has one of the best looks on the market: apply a LUT and its done, unless you want to go further, which you can do without image degradation to extremes. I have always shot RAW in stills, and then with the C500 and now the C700. But lacking for me was the chance to use a small footprint, small weight, all-in-one unit of extreme image quality; especially for drone, gimbal or handheld work that you can use on your own if needed.

I think some people are missing the point with the C200: this is a tiny up to 50/60P 4k DCI cinema camera with RAW internal recording and the ability to create a proxy at the same time for editing. The only other camera I can think of that does this is the Alexa Mini, and that has no autofocus and is not even close to the same price point. If you want to record a quick usable format then plug in an external recorder. With the 500 to get RAW I used external recorders and it’s a good option: gives you a second screen, or a main screen with the viewfinder attached and a device to view rushes without the camera. 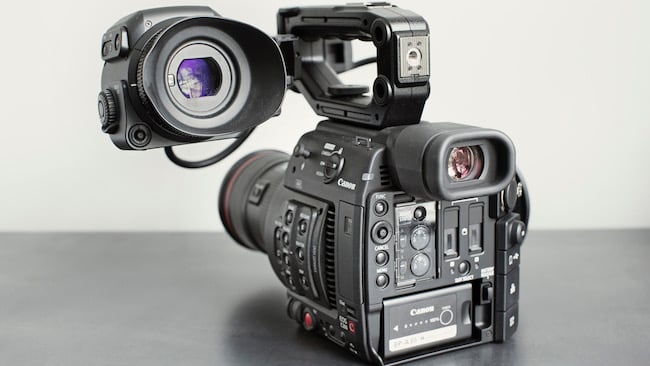 So having tried the RAW, it is beautiful. The camera sensor is the same as the C700 and it looks it. You can see the 15 stop range with detail all way to the blacks whilst holding the whites. In my small test, the files transferred fast from the CFast card and I was able to edit real-time in Resolve 14 beta 3, on a 2017 MacBook Pro, I did turn on the speed workflow and did have to wait for Resolve to render before playback, but it was usable in terms of editing.

I applied a LUT, which was off the shelf from Lutifyme and I had amazing looking 15-stop cinema release quality footage. At the time I did not have the Canon LUTS. 13 companies have announced support for Cinema RAW Light, but right away I was able to take in the proxy file, edit and then re-conform with the RAW in Resolve to grade. The other alternative is to use Canon’s Cinema RAW Development to convert with a LUT to an alternative codec. 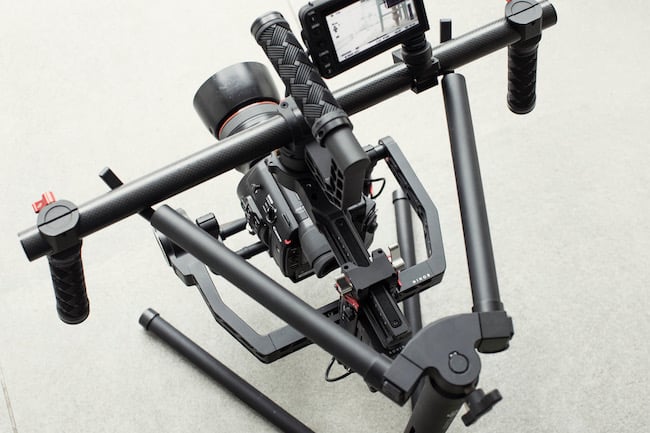 In terms of use, I popped it on my Ronin to try. The camera balanced very quickly, sitting nicely over the centre point, using only EF lenses and the autofocus which Canon must have tweaked because now it feels human and not computer on the pulls; the sudden stop associated with computer control now seems to ease in and out.

I shot cinema quality on my own focus pulling close-up shots using a very trusty and old 50mm f1.0. I can’t focus that lens with my eyes and it nailed the focus every time. Another tweak appears to be that the focus works in much lower light; my little test shoot was dusk with candles and only a couple of times did it search, even at that low light the facial recognition could instantly recognise a person or two. The touchscreen on the camera is pure genius in terms of focus, the C300 MkII had similar control via WiFi, but it always seemed to have a delay. With the C200 it recognises two faces and a touch of the screen I can pull between them, and it looked like an organic pull.

This camera is the perfect entry level RAW 4K cinema camera. You can be a one man crew and using only EF lenses or the new autofocus Cinema lenses, shoot the quality that can be screened on the big screen in 4k, and when it becomes the norm supply in HDR, providing longevity to the images produced. If you have you ever tried to cut supplied client Betacam footage into even HD, let alone 4kK, then you know what I mean. If you shoot with a C300 or C700 this becomes the perfect partner, giving you a new skill set not available with either cameras, whilst providing back-up if required. And if you are a stills photographer crossing over this is the perfect choice to cut your teeth while retaining the quality of RAW you know.

If I was shooting a major production the combination of the 700 and 200 would give the flexibility to shoot in any situation, any rigging, or camera support I can think of whilst staying inside a RAW workflow, using the same sensor and colour science along with the option of using ACES.

Over the next few months we will be producing a finished piece with several C200s and mixing in the C700 with a full DCI cinema finish. That I'm very much looking forward to sharing when it’s done….