Atlas Orion and the golden age of lenses 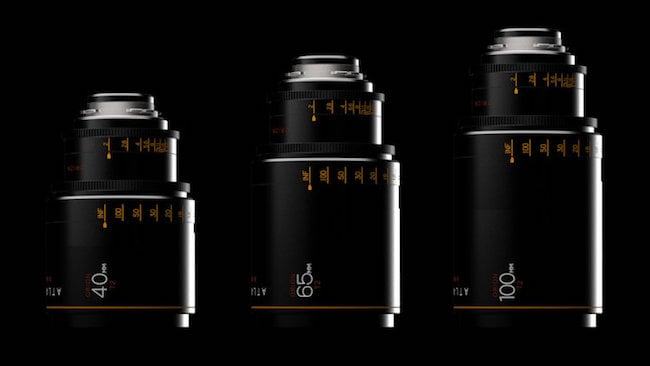 Not much shrugging when it comes to these beauties...

Atlas launched its range of newly-designed anamorphic lenses at NAB and they look set to turn heads again as Cinegear kicks off in LA today.

We seem to be entering into a golden age of cinema lenses with a much bigger range of lenses now available than people could dream of in the past. Not only are the classic vintage lenses of yesteryear still available, often in rehousings to make them work better in the 21st Century. But there are new lenses from industry stallwarts Cooke and Zeiss and now a growing number of options from new smaller companies too.

One of these new smaller companies is Atlas who is developing a new series of anamorphic lenses called Orion. These are 2x anamorphic lenses, such as were used on 35mm film cameras with anamorphic gates, and will work well with the special anamorphic modes on RED cameras or the Alexa Studio or similar and give that traditional anamorphic movie look to the bokeh.

The front filter ring is 110mm in size and the aperture has a range of T2 to T22.

The lenses come in standard Arri PL mount but the mount is exchangeable for a Canon EF mount as well, which is interesting as anamorphic primes in EF mount are not common.

Atlas is currently taking — somewhat hefty — deposits for the lenses, which will have a final price of $6499 - $6999 each or $17995 for the set. There are also some pre-order discounts in operation.

You can get a glimpse of footage from prototypes of the lenses here: