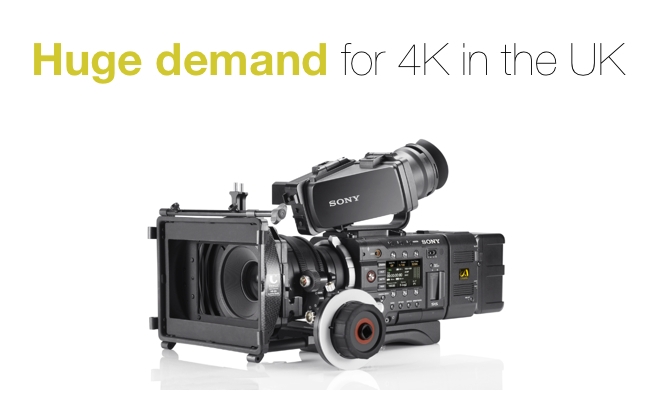 Sony's PMW-F55, aiming at the high-end

According to UK hire outfit Procam TV, which you will recall has recently spent over £500k on Sony 4k cameras, demand for 4k acquisition in the UK is ramping up impressively.

The company conducted a poll of interested parties in the TV industry and came up with the following interesting responses:

Speaking at a special event dubbed 4k or not 4k staged for the TV industry and hosted by Procam TV and Sony, John Brennan, managing director of Procam TV, said: “If 4k is to really take off, viewers need a wide choice of programme content available. All the signs are that London’s production community will be driving that forward. There is huge enthusiasm around the industry for 4k, and we’re getting customers enquiring about 4k camera hire every day. These are the people that will generate the content that will attract consumers.”

The first batch of 12 new cameras, a mix of PMW-F5s aimed at TV drama and mainstream TV production and the PMW-F55 targeted at the high-end drama and commercials markets, is available for hire now. Red Shark will be keeping a careful eye out for what they’re used on...