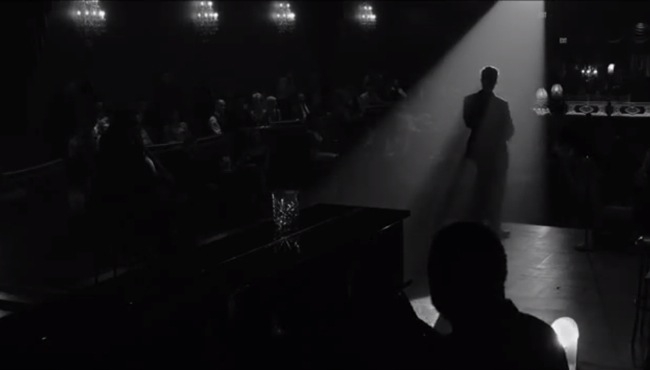 RedShark contributor Freya's spotted what might be the first musical outing for the RED EPIC Monochrome, recently reviewed in these pages

A short while ago you may have caught an article here by Phil Rhodes exploring the Epic Monochrome from RED. It’s a version of their 5k Red Epic camera that is dedicated to black and white images, so there’s no issues with bayer patterns and the like.

Hollywood director David Fincher (“Zodiac"/"Girl with the Dragon Tattoo”) has had one for a while, as apparently it was his idea in the first place and he asked Red if they could make him such a camera for a movie he is working on, but in the meantime it appears he has shot a music video. In fact for this video he shot with 5 Monochrome Epics and one Justin Timberlake!

I suspect this might be the first major project shot on the Red Epic Monochrome.

Cinematography was by Matthew Libatique who of course is the same fellow who shot “Pi”, “Requiem for a Dream” and the incredible film “Black Swan”. So great directing talent and great cinematography talent behind this video!

Sadly it’s YouTube which kinda defeats the object in some ways with the low resolution and nasty codec artifacting but it give you a vague idea of what the camera can do in the hands of the some of the leading filmmakers of the day!

If you want to know more about the Epic monochrome you should check out the article right here on Red Shark about the subject which includes footage that hasn’t been as mangled by YouTube!