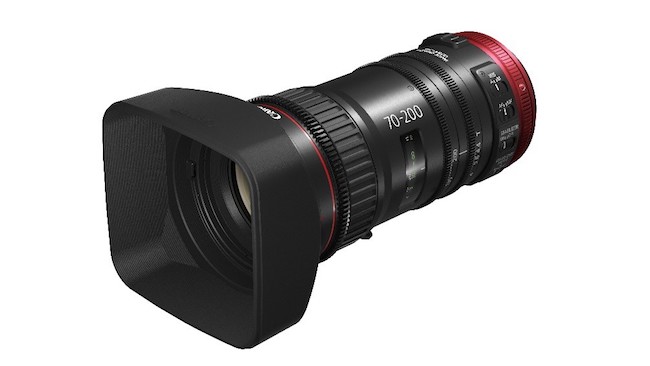 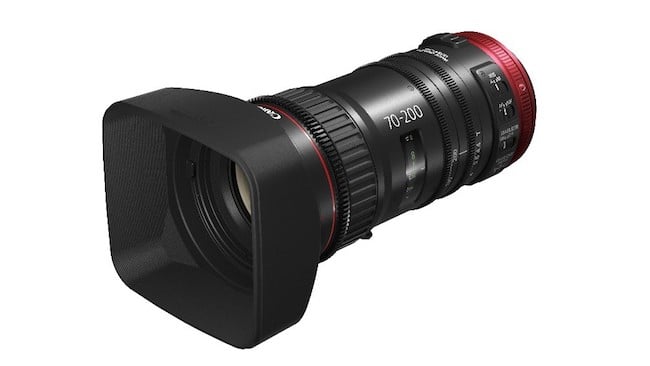 Canon’s latest compact 70-200mm T4.4 completes its line up of large format cine servo lenses, while the EOS update is designed to deliver a massive 800% increase in dynamic range. There’s also a 4K pro monitor firmware update in the offing.

We first reported on rumours of the C-Log capability coming to the EOS Mk IV last month, so it’s great to see it confirmed.

Canon claims that this increases the camera's dynamic range by 800% to 12 stops at ISO 400, putting it in the ballpark of entry level cinema cameras. Canon also says that C-Log reduces shadow noise, and matches the C-Log encoding used in Canon's CinemaEOS line.

Unfortunately, this isn't a downloadable update; owners will get their camera bodies to a Canon authorized service center, and the fee will be somewhere in the $100 range. The update is scheduled to become available starting in June.

While it's not yet clear whether new cameras after June will include C-Log or whether they'll also need to be sent in for an upgrade, it's something that is definitely going to make filmmakers using 5D MK IV cameras quite significantly happier.

The new CN-E70-200mm T4.4 L IS KAS S cine servo zoom lens has, as you would expect, a range of 70-200mm, and a reasonably fast speed at T4.4. Canon says that it's parfocal, and that it will cover Super 35. It also incorporates image stabilization and Canon's now-commonplace and well-regarded autofocus.

The 70-200 range is common in photography; it covers a range of focal lengths that are popular with portrait, wedding, and event photographers, as well as travel and nature photographers. It nicely complements Canon's 18-80mm cine lens, so there's probably going to be quite a bit of interest in this new one.

Being an L lens, it's built with the rigours of professional use in mind, and Canon also says that the optics have been updated for 4K imaging.

It will, of course, be available in an EF mount, and will most likely be quite popular with DSLR filmmakers as well as cinema camera users with EF mount cameras.

Being priced at £6,099, not including the servo grip, it's in the ballpark of Fuji's new cine lens, though with the added bonus of autofocus.

This update enables these monitors to display 4K raw video captured with the C700 family of cameras directly over a 3G-SDI connection, and also display metadata from clips captured with C700 and C300 MKII cameras.

The monitors also will be able to display LOG footage in HDR, reducing the need for LUTs for on-set monitoring. Canon says that this HDR display functionality will work with ARRI cameras.

Another interesting feature is the ability to show the image in SDR and HDR side by side. The monitors will also include an option for false colour overlay on the HDR image.