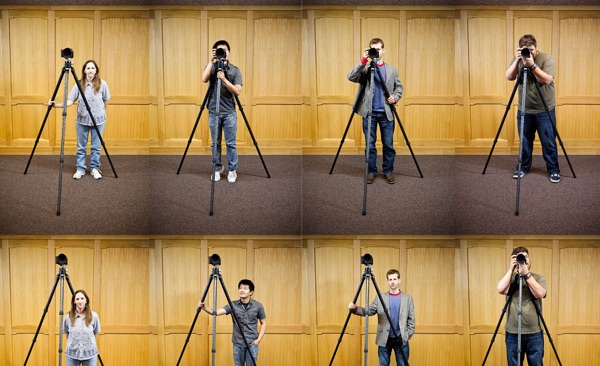 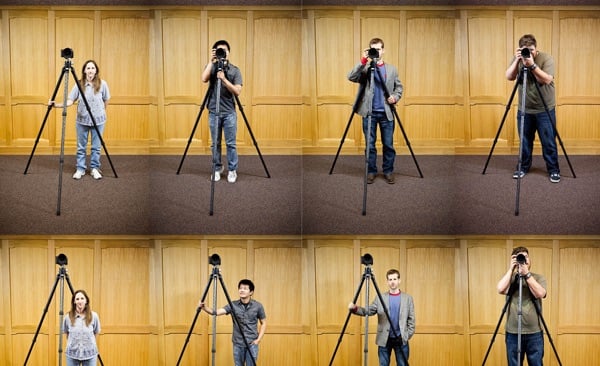 RedShark Review: Really Right Stuff already has a reputation among photographers for making some of the best gear in the business. On the basis of its TVC-24, its carbon fibre tripods only serve to enhance that.

Really Right Stuff has a reputation among photographers for making some of the best gear in the business. When I was shooting with a 6-pound Ebony 4x5, I used a Really Right Stuff ballhead and a hefty Gitzo Series 1 leg set. When I started going on longer trips in more challenging terrain, I started looking for a lighter and more compact travel kit, which eventually lead me to a Three Legged Thing tripod, which folds up into a very compact package and is also very light.

The Three Legged Thing tripod, however, isn't a particularly heavy duty piece of gear. It's sufficient for a lightweight Arca-Swiss monorail, but my Cion rig was too much for it. It handled my lighter Epic-W kit reasonably well until the platform came off from the centre column. After glueing it back in place, it holds the camera stable, but its platform has a significant amount of flex now, so getting a precise frame is quite a drag.

Several years ago, Really Right Stuff introduced a series of carbon fibre tripods, ranging from very heavy duty models all the way down to compact travel models. I recently took delivery of a Versa Series 2 4-section tripod, and have tried out a few configurations, using it on some small shoots. Having had very good experiences with one of Really Right Stuff's ground pods, I decided to take a chance on one of RRS' carbon fibre models, specifically a Versa Series 2 4-section tripod, aka the TVC-24.

For informational purposes, I'm testing this out with a photography-oriented ball head by Arca-Swiss, specifically a Monoball P0, with a SlideFix clamp to tide me over until I get a proper fluid head.

The first impression of the tripod after unboxing it is about what you'd expect of a tripod from a company with RRS’s reputation. Its fit and finish look top notch and it feels very solid. The leg locks have robust knurled knobs that are very easy to grip, and it's easy to tell when the legs are locked. The stock feet are relatively large rubber hemispheres, designed to ensure good contact with most surfaces regardless of the leg angle. RRS does offer other options, including steel spikes and rock claws. I currently have only a set of stock feet.

The leg locks took quite a bit of torque to lock and unlock the first few times, but now they're nice and smooth. They lock quite solidly, and I wouldn't be worried about a leg collapsing under my expensive Epic-W once they're locked down. The tripod feels extremely solid, feeling more like a studio tripod than a field tripod.

The leg angle stops have an interesting ratcheting mechanism. Pull the leg lock outwards and lift the leg until it reaches its maximum extent and the angle lock automatically snaps back into place. Lower the leg and the lock snaps into place at each stop, again automatically. It's a very user-friendly setup and the highest level allows the tripod to lie nearly flat on the ground, making for a low minimum height.

Its maximum height is 49 inches, and it collapses down to right around 19.1 inches, making it a pretty good size overall, given its height and weight. It's rated for 40 pounds, but RRS has a reputation for being conservative with its load ratings.

The QuickColumn and Levelling Base accessories

In its stock configuration, most of the Versa tripods come with no centre column. RRS offers a QuickColumn for the ones that don't. The QuickColumn adds an additional nine inches to the maximum height of the tripod, which for a travel-friendly tripod is a pretty good height.

Installing it is pretty straightforward as well. The tripod's centre has a platform on it locked into place with three set screws. Loosen all three, and the column pops right out. Place the QuickColumn in the platform's place and lock it down, and you're done. There is a hook that attaches to the bottom of the QuickColumn or to the flat platform, from which you can hang extra weight to stabilise the tripod against wind, if necessary. The hook has a rather low profile. It won't directly accommodate a backpack strap but a carabiner as RRS recommends would do the trick quite nicely. Carabiners that aren't climbing-certified are readily available, inexpensive and useful. Now there’s yet another use for them.

The QuickColumn has a butterfly knob on it to release it and there's a notch in the tripod's centre that prevents the column from rotating. It's surprisingly solid. I wouldn't be worried about stability with the column extended. The only downside to the QuickColumn that I've found is that there's no way to attach the tripod directly to the centre with the QuickColumn's locking collar installed, so it isn't possible to set the tripod into a flat configuration without re-installing the flat platform. For this reason and when shooting in the field, I'll most likely remove the QuickColumn and leave it at home — install it for film shoots and supplement it with my GroundPod for very low shots.

RRS doesn't advertise this feature, but it's possible to invert the QuickColumn and attach a camera to it below the tripod rather above. I haven't experimented with this configuration yet, so I can't yet vouch for its usability.

Another option that I purchased with the tripod is a Series 2 Levelling Base. I ordered mine with an RRS lever-release clamp, which accommodates most Arca-Swiss style dovetail plates. The levelling base can be installed in place of the flat platform, instead of the QuickColumn, or screwed into to the top of the QuickColumn. For the latter, RRS recommends using a small amount of thread locker so that unlocking the levelling base's butterfly knob doesn't unscrew the base from the platform. RRS includes a small tube of thread locker with the levelling base to facilitate installing it with a QuickColumn.

The RRS levelling base is designed with a low profile. Unlock the butterfly knob, level the base using the integrated bubble level as a guide and it's ready. With the levelling base installed, the tripod can be set as low as with the stock flat platform.

I attached one of my Kessler quick-release plates to the centre module of my four foot Nebo Slider made by Capture Beyond Limits to test it out. With the legs spread out a bit, the slider rotated correctly relative to the legs — it's impressively solid. There's no flex in the legs at all.

RRS' fluid heads can be ordered with dovetail plates to easily integrate with a levelling base that has a quick-release clamp. RRS also provides some dovetail plates designed for other heads, so it’s broadly compatible.

It's a flexible system and its stability and robustness are excellent. If you need a lightweight and robust solution and can accommodate the price tag, Really Right Stuff's Versa series tripods are well worth a look.