The 100th Anniversary of Nikon: Is this the beginning of the end? 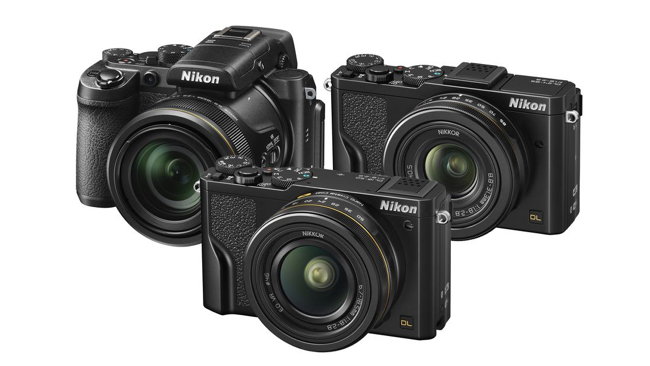 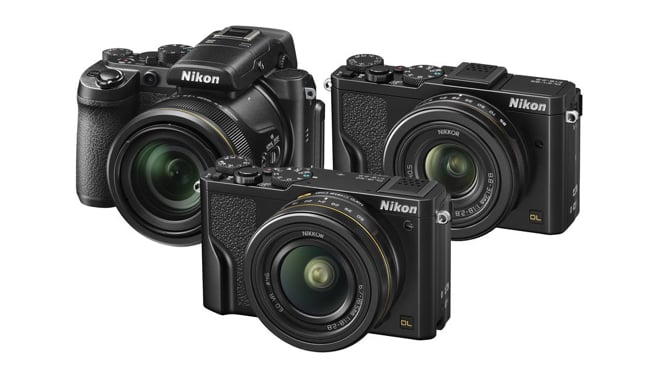 Nikon's cancelled trio of 4K compacts: not coming to a shop near you soon

With cancelled cameras, layoffs in recent months of over 1000 staff, and its stock falling off a cliff after the revelation of an "extraordinary loss" during the last months of 2016, all does not currently seem well at Nikon. How did it get here, though, and what does its future hold?

Mention to someone that you're a professional photographer, and in most cases the first question they'll ask is, do you use a Canon or a Nikon? (For the record, I use Sony. An A7R to be precise.)

In spite of that, Nikon is laying off 1000 workers and canceling its high end mirrorless system camera line. Share prices have plunged 15%.

First off, Nikon hasn't really been keeping up with the competition in terms of technical specs. The image quality has continue to be stellar, and the optics, build quality, and ergonomics of Nikon's professional line of cameras, lenses, and accessories continues to be excellent. Its flagship DSLRs haven't seen a refresh in two years though.

Since the SLR industry went digital, Canon and Nikon have dominated it. For a long time, they were the only two professional choices, and the rest were generally regarded as consumer gear.

Things started looking very different when DSLR video became popular, largely by accident when Canon enabled a video recording feature on the already popular 5D line. Sony and Panasonic have since then made video first-class features as a way to gain market share.

Around that time, Sony introduced the Nex mirrorless system camera line, which was more compact than even the Micro 4/3 bodies at the time, yet incorporated a larger sensor and extremely broad lens compatibility via adapters. Nikon released the Nikon 1 line, which had a small one inch sensor, leading professionals and serious amateurs to avoid it, but it was priced high enough that it was also not particularly popular with consumers.

Being a backpacking nature photographer and a climber, I was one of the ones that the Nex line enticed over to Sony, because the Nikon 1 was simply not good enough for print work, and couldn't even use the same lenses. The Nikon 1 was doomed from the start, and in spite of that, Nikon held onto its market share.

One area that Nikon has been falling flat on is marketing. It's held onto its professional customer base because the professionals are only concerned with what will enable them to do their job better; they don't tend to upgrade their kit only when new products offer compelling new features or to address changes in their needs.

It is however very telling that even with minimal marketing, to the point where Nikon hasn't put much effort into promoting even major new features, Nikon has been able to maintain the loyalty of its professional customers.

Even though professional photographers as well as DSLR filmmakers generally prefer a full 35mm frame, the crop sensor cameras are very popular with the enthusiast market. They cost significantly less than 35mm format cameras, they're smaller and lighter, and equally critically the lenses are smaller, lighter, and less expensive as well. Nikon has some cameras in this market, but not much by way of lenses, hindering Nikon's ability to sell to the much larger enthusiast market.

The margins in the enthusiast market are smaller than for the professional market, but the volumes are much larger, especially since enthusiasts are far more prone to upgrade just to get new features which in turn leads to more repeat sales. Those tendencies also lead to enthusiasts' fickleness, since they generally would be happy to ditch their 24 megapixel Nikon for a 36 megapixel Canon next Christmas, and a 42 megapixel Sony the following.

One side effect of this half-hearted marketing campaign is that Nikon cameras offer features and image quality that in many cases are best in class, but only the loyal Nikon users know about them. That doesn't entice new customers on board.

Nikon's cameras can record video, but the professional full frame or FX in Nikon's parlance are limited to H.264 or MPEG-4 in HD. No 4K here, putting them at a significant disadvantage compared to the comparably-priced A7S and A7SII from Sony.

It's questionable how much this has affected Nikon's market, however. Canon has been largely ignoring the DSLR video market and yet remained dominant in photography, and Sony has made video a first-class feature and yet remains a minor player in photography. In reality, Canon's introduction of video in its DSLRs didn't so much change the market as it did create a new one. Sony's A7S line has been quite popular in video, and the A7R has received a lot of accolades for image quality, but as yet hasn't made much of a dent in the Canon and Nikon dominated professional photography market in terms of share.

Nikon did make an attempt at breaking into GoPro's market with its KeyMission series of cameras, though to all indications they're not selling all that well. I am going to be testing the 360 degree, dual-lens model in a 360 film production currently in the planning stages, and will evaluate its image quality at that point.

The Nikon DL looked very impressive on paper, and had some promising video features including 4K recording and an astonishing 1200fps slow motion mode. The sensor for the three DL cameras was to be a one inch, 20-megapixel CMOS sensor, and with Nikon's image processing and optics, it seemed like the formula for a winner... right up until the executive cancelled it.

Another reason that this seems like a very bizarre decision is that the DL line looks to be aimed at the casual user; fixed lens cameras are popular with people who want a camera with better ergonomics and image quality than their cell phone cameras while still being compact enough to take along on family vacations. It's a large market, and given the features and the Nikon brand recognition, it seems likely that it would have been a winner if Nikon hadn't cancelled it.

This is an area that Nikon has been neglecting. It's clearly a growing market, based on the success of Nikon's competitors. Sony has made its mark with mirrorless system cameras, nearly switching its customer base from DSLR to mirrorless. Canon has a mirrorless system camera line, and Fuji has entered the same market with a roar. Even Hasselblad has joined the fray. The Micro 4/3 offerings in this space have been strong for quite a while now, but professionals tend to gravitate toward the larger 35mm families. The medium format entries have the potential to shake things up in this market.

The future doesn't look great for the venerable Nikon. It's hardly in danger of disappearing right now, but the combination of layoffs and a series of missteps and rather weak marketing don't lead to great things.

The transition to digital left a lot of SLR film camera manufactures in a ditch. Canon lead the charge, and Nikon followed. Most of the rest failed; Minolta only survived by being acquired by Konica and subsequently sold to Sony, which is spinning it off as an independent subsidiary. Pentax survives largely as a result of being absorbed by Ricoh, and is now breathing life back into its line of cameras, even resurrecting its well-loved medium format line, though with not a lot of fanfare. Fuji, with its long history in cameras and lenses including manufacturing some Hasselblad cameras and lenses, has made a solid entry into the market, and is now also selling a medium format camera.

If Nikon lets its professional DSLR line continue to stand still for much longer, it might start losing even its professional customers. While they don't upgrade often, they upgrade, usually when they need to replace an ageing body or when technology has advanced far enough that their current gear puts them at a competitive disadvantage.

When they're ready to upgrade, if Nikon doesn't provide what they need, then those professionals will be forced to look at other options. Just a few years ago, that meant looking at Canon. Now the options include quite a few other companies, with surprise new entries from Hasselblad and Fuji. It might well be just a matter of time before Phase One enters the mirrorless system camera fray.

A lot of fans are hoping that Nikon will in fact make a comeback and remind everyone why it's been one of the top dogs in the photography business for so long. Nikon has a grand legacy that spans 100 years, and hopefully will continue for at least another 100.