Cooke expands to increase production by 25% 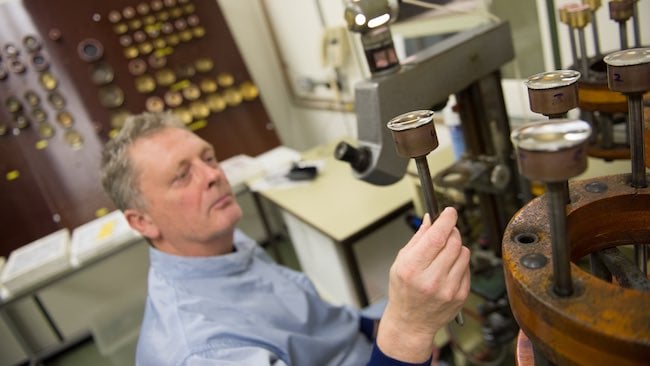 Cooke: Still made by hand in Leicester

Leicester-based lens manufacturer Cooke Optics has just opened a new 700sqm factory and is taking on 12 new staff in order to accommodate the demand for its new Cooke Panchro /i classic range of lenses. The new facilities should allow the company to increase lens production by 25%.

The "new" lenses, which were launched at IBC last year and are expected to make their debut at NAB 2017, are an updated version of the classic Series 1 and 2 Cooke Panchro lenses. Cinematographers have been searching out on the second-hand market recently and spending a lot of money to completely rehouse them in new bodies and lens mounts.

They differ from the more modern Cooke lenses by having a less sophisticated design with fewer glass elements, but they still have that Cooke look in the way they render colours to the camera. Currently the older lenses are much in demand both to key into the look of classic Hollywood movies of yesteryear, but also to give modern digital cameras more of what people like to call an "organic" look.

The new Cooke lenses will solve the problems of having to find and rehouse older lenses that will be difficult to match in terms of colour as they will be available in matched sets in standard PL mount from the get go. They also bring the classic lenses into the 21st Century with lens metadata provided directly to the camera through Cooke’s /i technology via electronic contacts on the PL mount.

This is the second time Cooke has expanded its facilities in recent years having already extended its existing facilities back in 2013. However there is such a demand for prime lenses in the current market that they it needs to step up lens production even further.